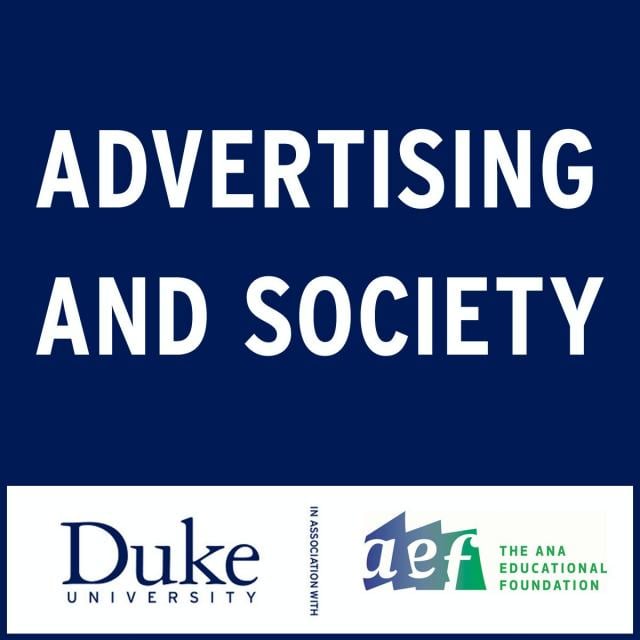 This course examines the relation of advertising to society, culture, history, and the economy. Using contemporary theories about visual communications, we learn to analyze the complex levels of meaning in both print advertisements and television commercials. The course covers a wide range of topics, including the origins of advertising, the creation of ads, the interpretation of ads, the depiction of race, class, gender, and sexuality in advertising, sex and selling, adverting and ethics, and the future of advertising. The lectures will discuss theoretical frameworks and apply them to specific advertisements.
Enroll in course

Most videos will be lectures with instructor talking. Each lecture will be illustrated with PowerPoint slides, print advertisements, and TV commercials. The videos for each week will consist of segments that add up to about an hour. Each week will have one quiz that will appear as stand-alone homework. All resources beyond lectures will be available online to students at no charge. Most of these will be from ADTextOnline.org. Others will be visits to the sites of ad agencies in the US and abroad, open access websites that deal with course topics, and open-access journal articles.

What is advertising and where did it come from?

Focus on 3 definitions of advertising, one of which emphasizes its antiquity, another its modernity and connections to capitalist society, and a third that traces its evolution from face-to-face salesmanship through print, radio, TV, and now the Internet. In addition, a brief history of American advertising from its European origins through the colonial period in America when most manufactured goods were imported, to the advent of mass production in 19th century America, mass consumption (and the emergence of contemporary advertising as a means to facilitate it), to the present.

Am I being manipulated by advertising?

What’s in an ad beyond that which meets the eye?

This week considers how we understand the meaning of an ad. It considers the problem of author intentionality (largely available to us in the process of understanding ads) and argues that the audience for the ad is perhaps the most important author of its meaning. Borrowing from the field of art history, it discusses interpretative strategies of various sorts.

How do ads get made?

Switching gears this week from looking from outside advertising at it, this week is devoted to the “insider” perspective on the making of ads. It looks at the various functional divisions of ad agencies (management, creative, research, and media) and the roles they play in producing an ad. It tracks the production of an ad from development of a strategy with a client company, the development of creative concepts, the production of ads, optional audience testing, and finally placement in appropriate media. Also discussed: brands and brand management strategies.

What do ads teach us about race, class, gender, and sexuality?

This week focuses on what ads teach about race, class, gender, and sexuality as a kind of secondary messages beyond the overt messages promoting products and services. For example, an orange juice commercial may promote the health benefits of orange juice but it also is likely to show the product in its context of use at breakfast. The imagery in the ad will lay out who does the serving, who cooks the breakfast, who gets to sit and be served, what a family should look like, and so on. Through analysis of these secondary messages, we come to learn that advertising instills ideas about gender, race, social class, and sexuality. We will also study the depiction of these themes in the popular TV program "Mad Men," allowing us to talk about how these issues were managed in the lives of ad agency people as well as in the ads they produced.

Sexual imagery permeates modern advertising, but does it actually help see goods and services? The verdict on this is not a clear yes or no. But there is another very important question wrapped up in all this: what kind of sex does advertising sell? Some scholars believe that advertising teaches us a great deal about sex itself, plays a significant role in defining our culture’s ideas about what is sexy, and helps shape our ideas about sexuality.

What is the future of advertising?

The present moment in advertising history is one of great turmoil. The TV commercial is rapidly fading from its preeminence as the major advertising format. The once mass audiences for television programming and accompanying ads are already diminished by the proliferation of channels, the ability of consumers to time shift, and so on. It is the Internet however that is transforming advertising and challenging its very existence. Social media, consumer written ads, popup ads that are highly targeted to consumers on the basis of their purchasing and surfing habits, and so on make the future unpredictable. One author predicts its demise in his book, "The End of Advertising as We Know It." We will examine emergent trends in the seemingly never ending battle of finding the best means of establishing communication between companies and their prospective clients.