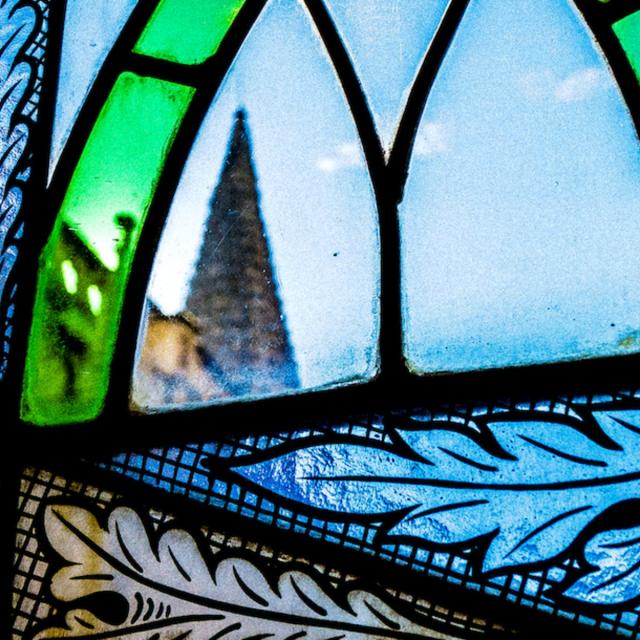 This advanced course focuses on two primary goals: (1) appraising how Jews, Christians, and Muslims shaped the history of medieval Spain and (2) mastering the craft of Spanish paleography, the skill of identifying Spanish handwriting in the 11th- through 15th-century manuscripts. Through the lens of the medieval history of Burgos, we dedicate 75% percent of our efforts to developing pragmatic expertise in the interpretation of Carolingian/French/Gothic handwriting.

Specifically, the course explores how the royal Castilian city of Burgos influenced, and was influenced by, Jews, Christians, and Muslims. We closely evaluate the Spanish Christian Reconquest, the Plague and the 14th-century Castilian civil war, anti-Jewish pogroms, the emergence of elite conversos (Jewish converts to Christianity), and the role of the king and Roman Catholic Church in the creation of Catholic Spain. Through onsite interviews in archives and museums in Burgos, we experience the medieval city, artifacts, and manuscripts. While we teach using Spanish manuscripts, very little or no knowledge of the Spanish language is necessary to complete the course.

Using an intensive array of paleography practices, exams, independent projects, and collaborative efforts, you will garner exceptional skills that you can apply to interpreting any medieval European handwriting. To demonstrate your mastery of paleography you will (1) create a 14th-15th-century alphabet, numeral, and abbreviation guide using manuscript images, and (2) transcribe one selection from a medieval manuscript.

This week we examine why we should study the history of the medieval city of Burgos – its oversized impact on Spain -- and begin our examination of 13th-century manuscripts and paleography (how to read older forms of handwriting).

This week we evaluate the convoluted Spanish Christian Reconquest (Reconquista) and explore the complicated Rodrigo Diaz de Vivar “El Cid”. We view Christian and Muslim artifacts preserved at the provincial Museo de Burgos, study the Jewish and Muslim communities of the Burgos, and investigate 11th- and 13th- century manuscripts.

This week we delve into the Castilian crisis of the 14th-century -- the arrival of the Black Death (Plague), an intensive civil war, and rampant anti-Jewish violence. We explore the creation of a new Spanish identity -- the conversos -- Jewish converts to Christianity. Via virtual field trips, we visit medieval Burgos and return to the Museo de Burgos. We continue our investigation of 11th-century manuscripts, working hard to perfect our paleography skills.

The End of Coexistence in Spain, 15th Century Manuscripts, and the SILREST Paleography Method

This week we witness the end of Jewish, Christian, and Muslim coexistence in medieval Spain with the formation a united Catholic Spain under Queen Isabel and King Ferdinand. To advance our paleographic expertise, we examine 15th-century manuscripts pertain to elites’ lives and the Cathedral of Plasencia. Moreover, we study and practice using the SILReST Paleography Method for deciphering the most challenging manuscripts.

During this class, not only will you be mastering your paleography skills, but we will also begin our work as Global Citizen Scholars as we, first, work collectively and, second, independently to transcribe a collection of medieval manuscripts pertaining to Jewish, Christian, and Muslim life in Burgos.