A Journey through Western Christianity: from Persecuted Faith to Global Religion (200 - 1650) (Coursera) 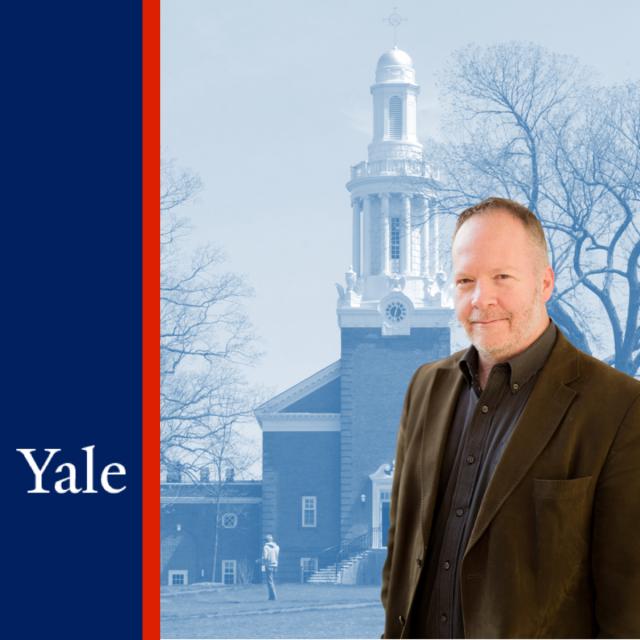 This course follows the extraordinary development of Western Christianity from its early persecution under the Roman Empire in the third century to its global expansion with the Jesuits of the early modern world. We explore the dynamic and diverse character of a religion with an enormous cast characters. We will meet men and women who tell stories of faith as well as of violence, suppression, and division.
Enroll in course

Along the way, we encounter Perpetua and her martyrdom in Carthage; the struggles of Augustine the bishop in North Africa; the zeal of Celtic monks and missionaries; the viciousness of the Crusades; the visions of Brigit of Sweden; and the fracturing of Christianity by Martin Luther’s protest. We hear the voices of great theologians as well as of those branded heretics by the Church, a powerful reminder that the growth of Christianity is a story with many narratives of competing visions of reform and ideals, powerful critiques of corruption and venality, and exclusion of the vanquished. The troubled history of Christian engagement with Jews and Muslims is found in pogroms and expulsions, but also in the astonishing ways in which the culture of the West was transformed by Jewish and Islamic learning.

We shall explore the stunning beauty of the Book of Kells, exquisitely prepared by monks as the Vikings terrorized the coast of England. We will experience the blue light of the windows of Chartres, and ponder the opening questions of Thomas Aquinas’ great Summa. We will read from the Gutenberg Bible of the fifteenth century, which heralded the revolution brought by the printing press. We will travel from Calvin’s Geneva to Elizabeth’s England to Trent, where a Catholic Council met to inaugurate a modern, missionary Catholic church. We will walk through the great Escorial of Philip II of Spain, hear the poetry of John of the Cross, and follow the Jesuits to Brazil and China.

Christianity in the West was forged in the fires of conflict and tumult, and it brought forth both creativity and violence. It echoed with calls for God’s world to be transformed, it inspired the most sublime art and architecture, yet it also revealed the power of the union of cross and sword to destroy. The course is a journey through the formation of the West as one strand of Christianity, as one chapter in a global story. It is a journey that has shaped our world.

Welcome to A Journey through Western Christianity: from Persecuted Faith to Global Religion (200 - 1650)

Learn what this course is about, who's teaching it, and other ways you can explore this topic. Meet and greet your peers as well!

Introduction: From Persecution to Empire

Augustine and the North African Church

“Monastic Lives: Desert Fathers to Celtic Christianity,” examines the origins of monasticism in Christianity. After the end of Roman persecution, some Christians chose to isolate themselves in the desert and deny themselves food, sleep, and material comforts. Why? And how did this movement develop into medieval monasticism? This module will explain the early roots and influence of monks and nuns in Christianity.

“Reformers and Crusaders,” focuses on Christianity during the dawn of the medieval period. Here we ask: How did Christianity respond to the new feudal world of medieval Europe? Popes, monks, and knights became essential features of the Christian faith during this period, roughly 950 – 1350 AD.

“Learning and Light,” examines two medieval Christian ideas that emerged at the same time and from the same impulse. The first is the scholastic educational initiative that dominated Christian theology and resulted in the founding of universities. The second is the beautiful, light-focused Gothic architectural style embodied in Europe’s great cathedrals. These two movements remain the quintessential features of medieval Christianity. Scholasticism and cathedrals emerged not only at the same time but also from the same source: a Christian conception of the unity of all things.

“Medieval Devotion,” moves away from the universities and cathedrals of Europe and investigates the lives of ordinary Christians trying to maintain their spiritual lives in an era almost 1000 years ago. The Church developed and popularized many devotional practices in this era, a number of which remain a part of Christianity today. Sacraments, saints, relics, pilgrimages, and the papacy are examined in this module, as all experienced an enormous growth in importance during the medieval era. Many of these features of Christianity became controversial, with Protestant reformers of the sixteenth century rejecting some of these devotional and ecclesiological features.

“Luther’s Reformation,” is the first of several modules to discuss the Reformation, and it does so by examining the life of the Reformation’s most iconic figure, Martin Luther. More than any other person, Luther was responsible for the seismic shifts in sixteenth-century Christianity that left the Western Church permanently fractured. Why did Luther launch his Reformation? What were his initial aspirations, and how did these change? Through the biography of Luther we will learn about the controversies that led to the Reformation and the early impact of this religious movement.

“Fragmenting Reformation,” we will explore the Reformation further. After Luther set Europe ablaze, other reformers and rulers sought to impose their views onto Christianity. Soon—and as Catholics had feared—multiple forms of Protestantism emerged. Sixteenth-century Christians disagreed over what constituted proper ecclesiology, theology, and ritual practices, and soon the European religious landscape divided into different camps all insisting on different visions of Christianity. John Calvin became one of the most influential thinkers and organizers in this period, but even lesser known figures exerted enormous influence as Western Christendom experienced its most serious crisis.

In “Catholic Reform,” we will see how Catholicism transformed itself during the sixteenth century, an era usually characterized by the Protestant Reformation. In response to the Protestant challenge, Catholicism began to reform key aspects of its practices, yet Catholic leaders resolutely defended their theology against Luther’s and Calvin’s attacks. And Catholicism also experienced transformations that had begun long before Luther launched his reforming campaign in 1517. A debate still exists amongst historians regarding the origins of Catholicism’s sixteenth-century reforms. Were these changes purely a response to the Protestant challenge? Or did Catholicism begin its early modern reforms long before Luther was ever born. This module explores these questions, along with the vibrant Catholic culture that emerged during the era of the Reformation.

Our final module, “Jesuits and Mission,” we will see how, at the same time that Western Christianity fractured and reinvented itself due to the Reformation, the faith also followed Europe’s colonial paths and spread across the world. Catholic religious orders (including the newly founded Jesuit order) led the expansion of Christianity into non-European lands. Jesuits and other missionaries sought to inject Christianity into the societies they encountered, and to do so the Jesuits adapted to local cultural practices and added subtle features to Catholicism. For the first time, Christianity became a global religion.