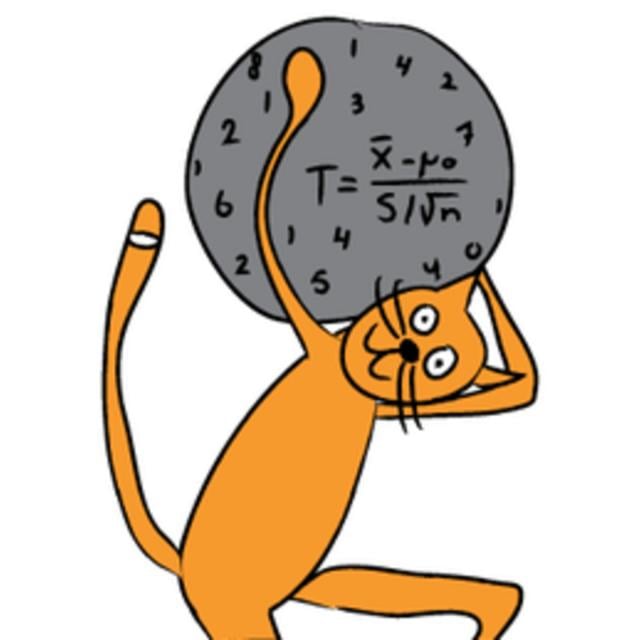 Inferential statistics are concerned with making inferences based on relations found in the sample, to relations in the population. Inferential statistics help us decide, for example, whether the differences between groups that we see in our data are strong enough to provide support for our hypothesis that group differences exist in general, in the entire population. We will start by considering the basic principles of significance testing: the sampling and test statistic distribution, p-value, significance level, power and type I and type II errors. Then we will consider a large number of statistical tests and techniques that help us make inferences for different types of data and different types of research designs.
Enroll in course

For each individual statistical test we will consider how it works, for what data and design it is appropriate and how results should be interpreted. You will also learn how to perform these tests using freely available software.

For those who are already familiar with statistical testing: We will look at z-tests for 1 and 2 proportions, McNemar's test for dependent proportions, t-tests for 1 mean (paired differences) and 2 means, the Chi-square test for independence, Fisher’s exact test, simple regression (linear and exponential) and multiple regression (linear and logistic), one way and factorial analysis of variance, and non-parametric tests (Wilcoxon, Kruskal-Wallis, sign test, signed-rank test, runs test).

Course 4 of 5 in the Methods and Statistics in Social Sciences Specialization.

Before we get started...

In this second module of week 1 we dive right in with a quick refresher on statistical hypothesis testing. Since we're assuming you just completed the course Basic Statistics, our treatment is a little more abstract and we go really fast! We provide the relevant Basic Statistics videos in case you need a gentler introduction. After the refresher we discuss methods to compare two groups on a categorical or quantitative dependent variable. We use different test for independent and dependent groups.

In this module we’ll see how to describe the association between two quantitative variables using simple (linear) regression analysis. Regression analysis allows us to model the relation between two quantitative variables and - based on our sample -decide whether a 'real' relation exists in the population. Regression analysis is more useful than just calculating a correlation coefficient, since it allows us assess how well our regression line fits the data, it helps us to identify outliers and to predict scores on the dependent variable for new cases.

In this module we’ll see how we can use more than one predictor to describe or predict a quantitative outcome variable. In the social sciences relations between psychological and social variables are generally not very strong, since outcomes are generally influences by complex processes involving many variables. So it really helps to be able to describe an outcome variable with several predictors, not just to increase the fit of the model, but also to assess the individual contribution of each predictor, while controlling for the others.

In this final module there's no new material to study. We advise you to take some extra time to review the material from the previous modules and to practice for the final exam. We've provided a practice exam that you can take as many times as you like. The final exam is structured exactly like the practice exam, so you know what to expect. Please note that you can only take the final exam twice every seven days, so make sure you are fully prepared. Please follow the honor code and do not communicate or confer with others while taking this exam or after. In the open questions of the exam (i.e. those that are not multiple choice) you should report your answers to 3 decimal places, and use 5 decimal places in your calculations. Good luck!