William is Professor of Ecology and Evolutionary Biology at Cornell University. He received his B.A. in Biology from Cornell University (1976), M.S. in Zoology from the University of Michigan Ann Arbor (1978), Ph.D. in Zoology from the University of California Berkeley (1983) and spent two years as an instructor and postdoctoral fellow in the Department of Organismal Biology at the University of Chicago. He served 20 years as Professor of Biology at the University of Massachusetts Amherst, where he taught comparative anatomy, embryology, ichthyology and trained doctoral students in vertebrate biology. He has traveled extensively for research and worked with specimens in more than 50 natural history collections on six continents. From 2005 to 2013, Bemis served as Kingsbury Director of Shoals Marine Laboratory at Cornell. In 2013, Bemis returned to the faculty of the Department of Ecology and Evolutionary Biology, where he conducts research in comparative anatomy, trains undergraduate and graduate research students, and teaches course in vertebrate biology, anatomy and evolution, including a course on the biology of sharks. 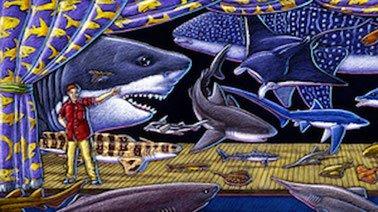