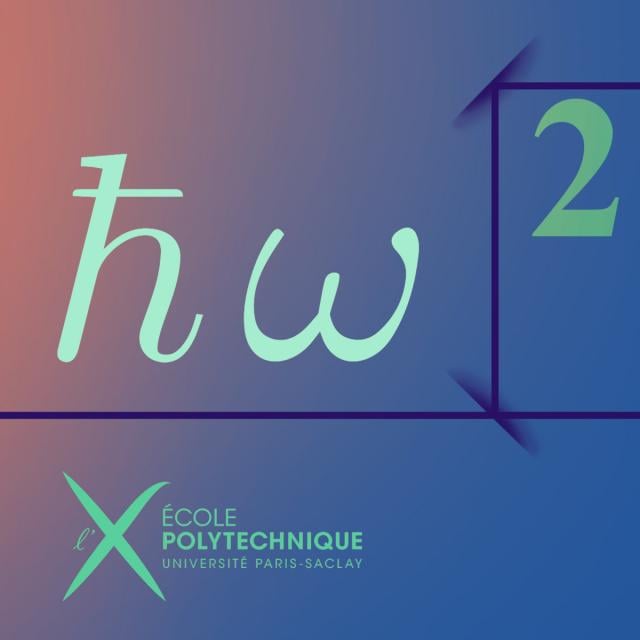 "Quantum Optics 1, Single photons", allowed learners to be introduced to the basic principles of light quantization, and to the standard formalism of Quantum Optics. All the examples were taken in single photons phenomena, including applications to quantum technologies.
Enroll in course

In the same spirit, "Quantum Optics 2, Two photons and more", will allow learners to use the Quantum Optics formalism to describe entangled photon, a unique feature at the root of the second quantum revolution and its applications to quantum technologies. Learners will also discover how the Quantum Optics formalism allows one to describe classical light, either coherent such as laser light, or incoherent such as thermal radiation. Using a many photons description, it is possible to derive the so-called Standard Quantum Limit (SQL), which applies to classical light, and to understand how new kinds of quantum states of light, such as squeezed states of light, allow one to beat the SQL, one of the achievements of quantum metrology. Several examples of Quantum Technologies based on entangled photons will be presented, firstly in quantum communication, in particular Quantum Teleportation and Quantum Cryptography. Quantum Computing and Quantum Simulation will also be presented, including some insights into the recently proposed Noisy Intermediate Scale Quantum (NISQ) computing, which raises a serious hope to demonstrate, in a near future, the actively searched quantum advantage, ie, the possibility to effect calculations exponentially faster than with classical computers.

In this lesson you will discover the formalism of quasi-classical states of radiation. Introduced by Roy Glauber in the early 1960's, it has allowed one to fill the gap between the notion of photon, at the heart of quantum optics, and the fundamental property of light considered as a classical field, its coherence. You will understand why the classical model of light is so successful. You will also understand what is the shot noise, and the associated Standard Quantum Limit (SQL). It will allow you to better appreciate, in future lessons, the possibility to pass that Standard Quantum Limit, which was considered for a long time an ultimate limit.

In this lesson you will learn how to use multimode quasi-classical states of light to describe real classical light, with several components. You will find the demonstration of the behaviour of a quasi-classical wave packet on a beam-splitter, a property used in quantum optics 1 to show the dramatic difference between a classical and a single photon wave packet. You will also learn how to describe in quantum optics the observation of a beatnote between two lasers. This is an interesting subject in itself, which raised many discussions in the years following the invention of lasers, and which is crystal clear when discussed as in this lesson. It is also a much used technique in AMO laboratories, known a heterodyne detection, of which you will learn the interest and the limits. You will also encounter some fundamental ideas about incoherent vs coherent muitimode radiation, and about similarities and differences between a classical statistical average and a quantum average. With these notions, you will be armed to better appreciate specific quantum properties of squeezed light, presented in the next lesson.

In this lesson, you will learn about non-classcal states of light, squeezed states, which allow one to "beat the Standard Quantum Limit", ie, to realize measurements with an uncertainty smaller than what was considered the ultimate limit, which in fact applies to a perfectly controlled classical beam of light, either a laser beam or a beam from a standard source. The notion of squeezed states of light was discovered in 1980, in the hope to succeed in detecting gravitational waves with giant optical interferometers. Almost 40 years later, Squeezed States of Light are effectively used with these giant interferometers, and they promise to increase significantly the volume of the universe explored by these interferometers. This is an example of a quantum technology based on a multi-photons quantum state, without any classical equivalent.

Entanglement is a quantum mechanical feature which was ignored or underestimated for a long time, in spite of the debate between Einstein and Bohr about it. It is only with John Bell's discovery, in the mid 1960's, that one could experimentally settle the debate, that some physicists realized the possibility to use entanglement for new ways of processing and transmitting information. In this lesson, you will learn about entanglement and Bell's inequalities tests, about the case of a pair of photons entangled in polarization, which is the system that has lead to the first convincing experiments. consequences about our understanding of the quantum world will be addressed, leaving to the next lesson the description of some quantum technologies based on entanglement.

The second quantum revolution is not only conceptual, with the understanding of the extraordinary character of entanglemnt, but it also promises to be technological, with applications impossible to conceive before realizing the potential of entanglement. Entanglement based quantum cryptography and the fascinating concept of quantum teleportation are the quantum technologies at the root of quantum networks, the so-called quantum internet, and in this lesson you will understand in detail their principles. In order to build a long distance quantum network, one needs good quantum memories, a very important challenge at the moment. You will also find in this lesson, with less details, the basic idea of quantum simulators, which was introduced by Feynman in 1982, but which came of age only in the recent years. It offers, in 2019, the fascinating perspective not only to elucidate physics phenomena too hard to be solved on a classical computer, such as High Critical Temperature Superconduction, but also to solve hard practical optimization problems, thanks to the concept of NISQ (Noisy Intermediate Scale Quantum) simulators, which do not need to be perfect.