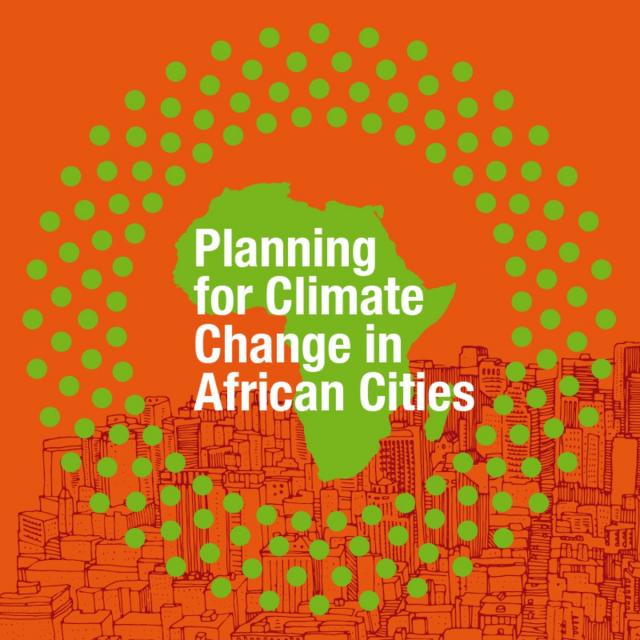 Climate change poses a threat to economic growth and long-term prosperity of many countries around the world. Africa is not an exception, considering the actual and potential impacts of climate change and climate variability that will threaten its vulnerable sectors and human populations. African countries are projected to experience changing rainfall patterns, rising sea levels, and higher temperatures that will affect food security, agricultural production, water availability, and public health, among others. These climate change impacts and climate variability can further produce social and political problems, such as rural-urban migration and water resource disputes.
Enroll in course

Furthermore, the low levels of development in many African countries, as well as limited institutional, infrastructural, and technical capacities to respond successfully to climate change impacts and climate variability, can exacerbate the situation. In terms of contribution to greenhouse gas (GHG) emissions, although African countries are the lightest polluters, it has also become apparent that alternative energy sources can offset the increasing energy demand and dependence on biomass. Addressing climate change offers possibilities for low-carbon development. Moreover, there are promising mechanisms that can address both climate change actions and development goals simultaneously.

At the city level, strengthening resilience, or the ability to respond to and absorb the effects of a hazardous event in a timely and efficient manner and to sustain this ability in the future, and adaptation; the process of adjusting to actual or expected climate change stimuli or their effects, should be at the forefront of planning. Local governments have an important role to play through the provision of adequate infrastructure, regulation of land use, and other public services that are crucial for urban resilience. Mobilizing local governments, in collaboration with national governments, non-governmental organizations, and international organizations, among others, is also critical for an integrated multi-sectoral approach to climate change.

The Course on Planning for Climate Change in African Cities provides the foundation for understanding cities’ exposure and sensitivity to climate change, and how cities can manage these impacts in the face of growing uncertainty. It does so by introducing the basic concepts of urban resilience and adaptation, by using illustrative case studies in different African cities. Furthermore, this module provides lectures on the different approaches for climate change planning, whether ad hoc, strategic or mainstreaming; introduces the different steps in the planning cycle – from initial assessment to monitoring and evaluation; and presents the different decision support and assessment tools for prioritizing climate change actions. This course broadens the discussion on planning for climate change by engaging learners to apply their knowledge and practice their decision-making skills in a simulated exercise.

At the end of this course, learners should be able to:

• Recognize the effects, impacts, and drivers of climate change in cities

• Distinguish the typologies, approaches, and tensions of climate change adaptation

• Explain the different approaches and steps in climate change planning

• Examine the decision support and assessment tools for climate change

• Develop a climate change plan based on participants’ city contexts

Welcome to the Course

Climate Change Vulnerability is a concept that evolved in science in order to include the multiple risks that cities, populations or ecosystems are facing from various sources, including climate change but without discounting the role that existing and future socio-economic and political conditions play. In the first video you will understand the evolution of the concept of climate vulnerability and distinguish between different forms of vulnerability. Social Vulnerability refers to the distinction between the biophysical and human dimensions of vulnerability. This distinction is important because it emphasizes the characteristics of people and social groups that make them more or less vulnerable to climate change hazards and that also influence their ability to respond. In the second video you will understand what are these factors and will be able to assess certain hazards and their risk factors for social vulnerability. Social Vulnerability to climate change can be operationalized, i.e. assessed or calculated for a given region or population. Scholars have developed different methods to do so. In the third video you will learn about two most of the most common approaches to calculating Social Vulnerability, which is often done with a composite index and mapping. An example from a Social Vulnerability Assessment in Southern Africa will be used as case study. The fourth video identifies some of the main hazards facing African urban centres, and then explores the drivers of vulnerability for individuals, groups of urban residents, and cities. It concludes that both external threats and internal factors will shape the experiences of African cities in a context of climate change.

Climate change policy – including both mitigation and adaptation - has become an essential component of urban policy. Cities around the world are beginning to understand the progress that can be made by managing policies that already exist, such as civil protection, health management, urban design and planning. The first video will briefly explain the differences between adaptation in natural and human systems and then focus, by means of examples, on one of the two typologies of adaptation that is reactive adaptation. In contrast to reactive adaptation, done in reaction to a disaster event, anticipatory adaptation involves deliberate policy decision based on the awareness that conditions have changed or are expected to change. In the second video several examples of anticipatory adaptation are presented in different countries across the world. The concept of autonomous adaptation, or adaptation done without any government support by citizens, is also introduced. The intention is that of showing how proactive, long term decisions about adaptation are overall less expensive than reactive, short term ones.Climate change costs and impacts are not evenly spread across countries. The third video will explain the underlying reasons for this divide rooted in political and socio-economic differences among countries influencing their ability to ultimately recover from disasters and put in place strategies to anticipate climate impacts. Based on the choice of adaptation frameworks the lecture will also explain what are some of the factors that influence what successful adaptation may look like. Climate resilience is a component of climate adaptation. There are at least 25 definitions of urban resilience in the academic literature. Although this signifies that urban resilience is a thriving topic in the field of urban studies, there are concerns that it is becoming an empty term. How can climate adaptation be related to urban resilience and what are the conceptual tensions surrounding the implementation of this desired characteristic on the ground? The fourth video will try to answer these questions by illustrating three of the six conceptual tensions present in urban climate resilience. The fifth video illustrates the last three tensions in applying the concept of urban climate resilience on the ground. It also illustrates some of the existing urban climate resilience frameworks developed by donor and multi-later agencies, explaining in more depth the components of climate resilience as understood by the Urban Resilience Framework developed by the Institute for Social and Environmental Transition-International, a comprehensive framework for resilience building. Many of the issues driving risk, and that need to be addressed to ensure adaptation, cut across geographical boundaries and sectors. Addressing these issues requires what is often referred to as multi-level governance. The sixth video will introduce the concepts of multi-level governance and adaptive governance, which will help you to make practical suggestions about appropriate strategies for urban climate change adaptation. The way in which decisions are made in cities has a significant impact on the way in which risk is addressed and the success of adaptation. Urban governance is not only a matter for local authorities, but involves a wide range of linkages within the city, from civil society to the private sector, and outside the city, from national to global institutions. The seventh video describes some of the key actors involved in governance for adaptation and risk, explores the relationships that they have to each other, and provides examples of different governance strategies that have proven successful in this area.

First, we introduce the approaches to planning, namely ad-hoc, strategic, and mainstreaming. Then we discuss the main steps of planning for climate change, from greenhouse gas emissions inventory and vulnerability assessments to setting of objectives and targets, assessment, selection, and implementation of measures, and lastly, monitoring and evaluation. Additionally, we provide practical examples of both climate change mitigation and adaptation planning in African cities. In video 7 you will learn that even the best-laid plans do not work sometimes. There can be barriers along the way and this video provides you with knowledge regarding the existing barriers of implementing these actions in practice. Finally, in video 8, we also highlight the guiding principles for city climate action planning.

Choosing the right mixture of measures and policies for the short and long term is challenging both in technical and political terms. Which approaches and techniques will work best in order to investigate and assess measures and actions at the city and neighborhood level? This leads to the evaluation and assessment of urban climate change policies/actions as important elements of an effective urban climate change planning approach. Developing, adjusting and applying the appropriate decision support tools to assess and evaluate climate change policies and measures is deemed necessary in order to help urban planners to design a climate resilient and sustainable urban development path.

This week we introduce decision making analysis for climate change issues. First, we introduce the different decision support and assessment tools, namely cost benefit analysis, cost effectiveness analysis, and multiple criteria analysis. We explore the use of cost effectiveness analysis for adaptation and then provide an economic case for low carbon development with an actual case study in Kigali, Rwanda. Among the different tools, we would specifically focus on the multiple criteria analysis approach which has been widely used in environmental and climate change assessment and decision making on prioritizing different policies, actions, measures against multiple criteria. Often climate change actions generate multiple sustainability benefits (co-benefits) other than purely environmental related ones. Cities should explore how to incorporate these multiple sustainability benefits of actions in their decision making. 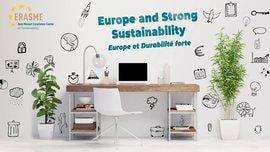