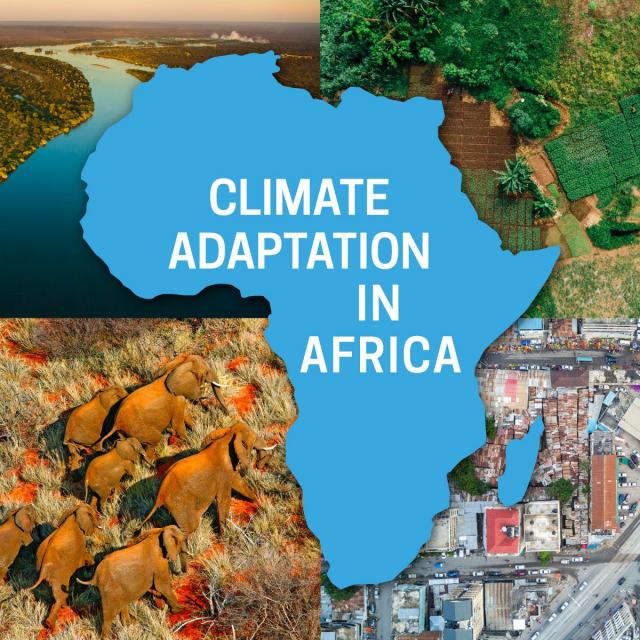 This course explores why climate change adaptation is important in the African context. Africa is considered one to be one of the most vulnerable regions to climate change. Historically, climate-related hazards such as drought, flooding, pest and disease outbreaks, coastal storms and heat waves have had devastating impacts on people and the environment in which they live.
Enroll in course

Often the damage knocks back progress that has been made in social and economic development, slowing down the achievement of development goals. Climate models suggest that many of these climatic hazards will intensify as the global climate warms. Building resilience to climate risks, through adaptation, is critically important for future development in Africa.

The course will examine adaptation in theory and in practice, through a focus on four sectors that are critically important for climate resilient development in Africa: Water Security, Agriculture and Food Security, Ecosystems and Ecosystem Services and Resilient Cities.

Climate, Vulnerability and Development in Africa

We start by exploring the linkages between social and economic development in Africa and climate change. We look at the anticipated changes in the future climate of the region and how this could impact on the development trajectory. I cover both contemporary climate risks and future climate change and how those interact with development. I also introduce the key concepts around climate adaptation that this course in based on.

We'll start by examining the nature of risks to water security and the approaches to adaptation to changes in water supply - whether it is dealing with greater scarcity or more extreme weather events such as flooding. Water security is a key factor in social and economic development. Responding involves investigating climate adaptation strategies, especially at a regional level, not just at a global scale. The cases this week, presented by experts working on water security issues, are from Lesotho and South Africa.

We’ll start off looking at the nature of agriculture across regions in Africa and the current situation of food security. Eradicating poverty through creating food security is a key sustainable development goal. We will analyse food security in terms of availability, access and utilisation - and how each of these aspects can be affected by climate change. I’ll be providing some information about the projected impacts of climate change on agriculture before moving onto look at adaptative strategies. The cases this week offer a rich variety of contextual examples from smart agriculture in Mauritius to changes being made by Namibian livestock farmers.

This week we’ll examine the mechanisms which make ecosystems vulnerable to climate change and other human-driven impacts. Ecosystems and the services they provide play a significant role for the livelihoods of people living across Africa. We will also look at the observed and projected impacts of the changing climate. We look at adaptation strategies from Tanzania as cases that illustrate some of the important issues.

Cities and the Urban Environment

With the higher concentrations of population in cities, comes a higher exposure to risk from climate change impacts. In African cities, many people live in informal settlements, which make them particularly at risk. Cities have many assets - such as transport, telecommunications, building and critical infrastructure - that are vulnerable to damage from extreme weather events. As cities serve as economic and political hubs, damage or disruption in cities can often have a larger impact on the region or even entire country. Adaptation measures for cities is a complex as there are intersecting issues. Our cases this week look at three cities - Maputo, Cape Town and Durban - which illustrate the adaptations being adopted.

In this final week, we move from assessing risk to making adaptation plans. There are adaptation planning tools which are especially helpful for identifying the key steps in making an adaptation plan. An early stage of such processes is to assess the current vulnerabilities which for African contexts means we look at the deficits and begin implementing adaptation right away. This can have both an immediate valuable outcome as well as an anticipated positive impact in the future. Later adaptation planning stages involve identifying key stakeholders and building partnerships, as well as mobilising resources to make it happen. Having the resources and organisational capacity is key as seen in our cases from across a variety of socio-political contexts, resources and levels of governance.