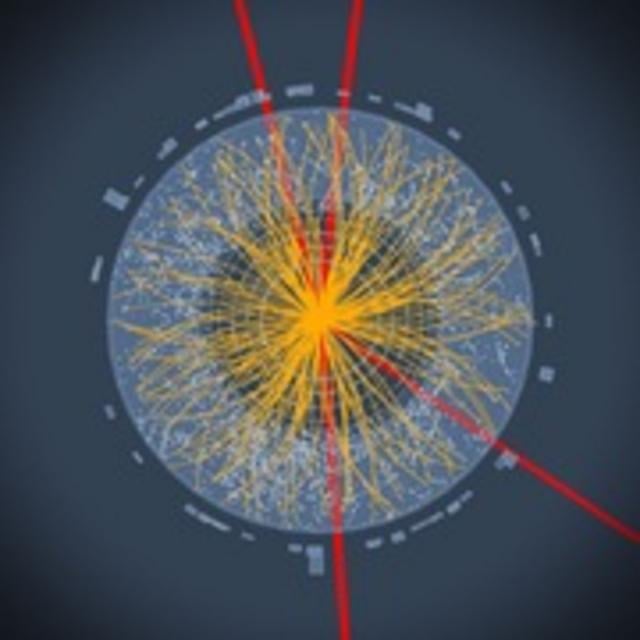 This course introduces you to subatomic physics, i.e. the physics of nuclei and particles. More specifically, the following questions are addressed: What are the concepts of particle physics and how are they implemented?; What are the properties of atomic nuclei and how can one use them?; How does one accelerate and detect particles and measure their properties?; What does one learn from particle reactions at high energies and particle decays?; How do electromagnetic interactions work and how can one use them?; How do strong interactions work and why are they difficult to understand?; How do weak interactions work and why are they so special?; What is the mass of objects at the subatomic level and how does the Higgs boson intervene?; How does one search for new phenomena beyond the known ones?; What can one learn from particle physics concerning astrophysics and the Universe as a whole?
Enroll in course

The course is structured in eight modules. Following the first one which introduces our subject, the modules 2 (nuclear physics) and 3 (accelerators and detectors) are rather self contained and can be studied separately. The modules 4 to 6 go into more depth about matter and forces as described by the standard model of particle physics. Module 7 deals with our ways to search for new phenomena. And the last module introduces you to two mysterious components of the Universe, namely Dark Matter and Dark Energy.

Matter and forces, measuring and counting

During this first module, we will give an overview of the objects studied in particle physics, namely matter, forces and space-time. We will discuss how one characterizes the strength of an interaction between particles using the concept of cross section, which is central to our subject. At the end of this module, we will visit the laboratory of the nuclear physics course at University of Geneva to see an example of how one measures the strength of a reaction in practice.

During this second module, we deal with nuclear physics and its applications. This is a rather self-contained module. If your main interest is nuclear physics, you will be well served. You will notice that this is a rather substantial module, we recommend that you take two weeks to digest it. At the end of this module, we will visit the Tokamak of the Swiss Institute of Technology in Lausanne and the Beznau nuclear power plant, the oldest one still in operation. This will alllow you to better understand the applications of nuclear physics for our energy supply.

In this module, we treat the basic facts about particle acceleration and detection. This is a rather self-contained module. If your main interest is particle acceleration and detection, you will be well served. You will notice that this is rather substantial module, we recommend that you take two weeks to digest it. We introduce electromagnetic acceleration and focalisation of particle beams and show how they are used in the accelerator complex of CERN. We describe how charged particles and photons interact with matter and how these interactions are used to detect particles and measure their properties. And we show how modern particle detectors use the synergies between different detection methods to get exhaustive information about the final state of particle collisions.

We now start a series of three modules discussing the three fundamental forces described by the Standard Model of particle physics. In this forth module, we go into more details about the properties of electromagnetic interactions. We discuss spin and how it intervenes in measurements. And we give a few examples of basic electromagnetic processes to point out common features.

You will notice that the intellectual challenge and also the level of mathematical description rises somewhat as we go along. This is why we first remind you how to describe the intensity of a reaction using the cross section and the decay rate and how to construct a Feynman diagram.

In this module we discuss the structure of hadrons and the properties of strong interactions. We start out by explaining how one uses the scattering of electrons off nucleons to learn about the internal structure of these baryons. Step by step we lead you from elastic scattering, through the excitation of resonances, all the way to deep inelastic processes. You thus learn about the concept of form factors and structure functions and what they tell us about hadron structure. We then discuss the physics behind this and learn about color and the strange features of strong interactions, like asymptotic freedom and confinement.

IIn this 6th module, we discuss weak interactions and the Higgs mechanism. You will notice that this module is again larger that average. This is due to the rich phenomenology of electro-weak interactions. We recommend that you take 2 weeks to digest the contents. Before entering into our subject, in this first video we go into more depth on the subject of antiparticles. We will then discuss the discrete transformations of charge, space and time reversal. Weak interactions are introduced, explaining the weak charge (called weak isospin) and examples of decays and interactions. Properties of the W and Z bosons are detailed. The extremely tiny cross sections of neutrino interactions with matter are discussed. In the last part of the module, we explain how the Higgs mechanism keeps particles from moving at the speed of light, and the properties of the associated Higgs boson.

In this 7th module Anna discusses searches for new phenomena, beyond the known ones described by the standard model and covered in previous modules. We will remind you why we believe that the standard model is incomplete and new physics must be added. We will explain how hadron collider data are rendered usable for searches. And we will discuss examples, split into the two categories, based on how new phenomena might manifest themselves.