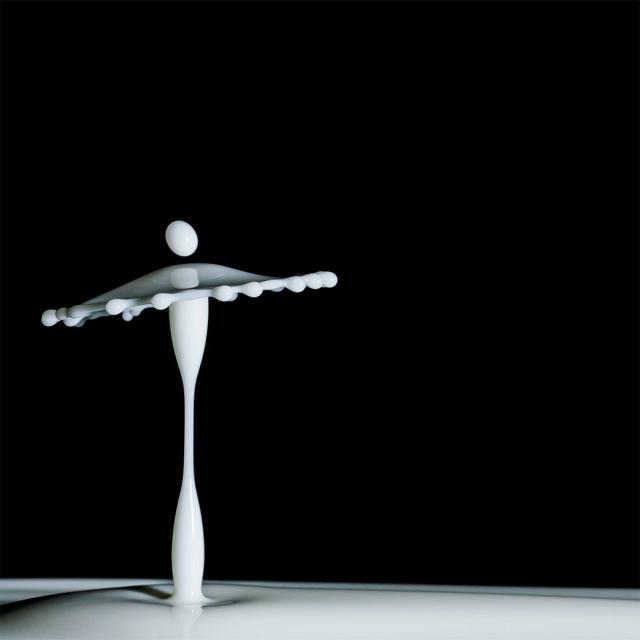 Lactation and especially milk, which is the product of that unique mammalian process, are routinely encountered within our daily lives. Nevertheless, they often are poorly understood by many, even including many who are engaged in the business of producing milk. The overall course goal is to introduce fundamental concepts that form the basis for understanding the biology of lactation, the biology of the mammary gland, and the products of that important physiological process.
Enroll in course

Before you start the course, I suggest that you identify a question or several questions about lactation that you already have on your mind. This could be from your own experiences, something you read about or saw, or something you have wondered about. Write down your question(s) and use that to help you decide how to engage with the content of this course. You might engage with the modules in the order they are presented, or start with a module that is of particular interest to you, or pick and choose modules in any order. I encourage you to engage in all of the types of learning activities that this course has to offer, including but not limited to, the discussion forums, quizzes, peer-review assignments, and concept maps and other learning aids.

The series of videos and readings provided here are aimed at introducing this course in Lactation Biology. Course organization is described. Requirements for participation in the course are summarized. And, opportunities for learners to engage in the course content, as well as with each other, are indicated.

In this module, we will introduce some basic definitions of terms related to the biology of lactation, provide an overview of milk, and briefly introduce the phylogenetic organization and evolution of mammals. Learning the definitions will be important for establishing a baseline vocabulary that will help reduce confusion about topics presented in subsequent videos. Milk, a primary product of the lactation process, will be introduced in an effort to provide a foundation for later modules in which milk and milk composition are explored in greater depth. The series of videos about mammals collectively offer a brief overview of the wide spectrum of these animal species, as well as some thoughts on how lactation came to be an integral part of the reproductive strategy of those species.

Milk is the product of the lactation process. Such a simple statement does not come close to doing justice to the complex nature of this biological fluid. In this module, we explore the major components of milk, as well as provide a basis for understanding milk as a product that we purchase in a store. Mechanisms of synthesis of milk components are introduced. And, several videos include discussions of the nature of differences in milk composition among mammalian species, including comparisons of cow milk with human milk.

The tissue that we know of as the mammary gland (or udder or breast) may appear as relatively uncomplicated compared with some internal organs such as the heart or brain. The gland is outside the body wall, has a nipple or teat in most species, and has a series of ducts by which milk that is produced in microscopic blind tubes can be expressed from the gland. How can such a gland develop and what regulates that development? It turns out that the initial stage of development occurs extremely early in the fetal development of the animal. It then proceeds through a series of developmental phases, many of which are closely linked with the reproductive functioning of the animal, and eventually leading to the time when the gland is producing milk. Furthermore, the mammary gland is one of a few tissues that undergoes repeated cycles of development, functioning, regression, and redevelopment, again associated with the reproductive cycles of the animal. This module describes the various stages of mammary development and provides the framework for understanding how these stages relate to each other, as well as to the functionality of the gland.

The peripartum period, the time shortly before, during, and after giving birth, is a time of rapid changes in the mammary gland, the mother, and the neonate. Extensive physiological coordination occurs between the processes leading up to and giving birth, the formation of colostrum, the initiation of lactation in the mammary gland, and the subsequent removal of milk by the neonate. In this module, we explore how the mammary gland changes around the time of giving birth when the gland transitions from a non-lactating to a lactating state. Part of this transition is the production of colostrum, the first mammary secretion produced by the gland after giving birth. Another part of the transition is the changing regulation of mammary gland function from one being driven primarily by hormones associated with pregnancy and parturition to one where milk removal, by the neonate or milking machine, is the driving force in gland function after birth. In this module, we examine some basic characteristics of the neonate, how lactation is initiated (lactogenesis), and the formation and special components of colostrum (immunoglobulins) and their impact on the neonate.

In this module, we explore the many facets of lactation as a complex physiological process. We will find that removal of the milk in the gland is critical to continued production of that fluid. The interactions between milk removal, the systemic factors stimulating the gland to produce milk, such as several hormones, and the local factors that inhibit further milk secretion are examined. Some of the effects of milk removal, as well as the absence of milk removal, are discussed in this series of videos. The responses of the mammary gland to milk removal provide a means of understanding the impact of management practices on lactation.

We typically assume that development of the mammary gland and production of milk are closely regulated by and are coordinated with the reproductive functioning of the animal. Most often that is true. From the knowledge gained from other modules in this course, it is clear that mammary gland development and lactogenesis are heavily regulated by hormones. As it turns out, the presence of mammary gland-regulating hormones is not always directly associated with the reproductive status of the animal. If the hormone activity is present, regardless of its source, it may impact mammary gland development and function. The series of videos in this module presents an overview of what we are calling atypical lactation. That is when the mammary gland undergoes development and lactation in the absence of the usual physiological cues that we associate with the process, such as an animal giving birth.

The mammary gland is an excretory gland, meaning that it produces a fluid that is secreted to the outside of the body. These secretions leave the gland through a series of ducts that eventually open to the outside of the skin. The presence of these openings not only means that the mammary secretion can leave the gland, it also means that microorganisms can enter the gland. When that happens, the gland may become infected and present as a disease known as mastitis. Mastitis is an inflammation of the mammary gland, the inflammation most commonly being caused by an infection by a pathogen. Mastitis is the most costly disease in dairy cattle, but is also prevalent in other species, including our own. We will examine many of the aspects of how this disease is manifested using the dairy cow as our primary example in this module. We will examine mastitis at the level of an individual cow, as well as at the whole herd level. And then to fully integrate and apply the knowledge gained about this disease, we will examine several real-life cases of herd-level mastitis problems faced by dairy producers.

In this module, we provide a series of videos that expands what has already been learned in other modules about the basic principles of lactation biology to a range of mammalian species. These videos focus on these animals in their native state, as well as some that have been domesticated for use as dairy animals and domestic livestock. This module is optional.

Physical inactivity and sedentariness are “silent killers”. Do you feel like you spend too much time sitting? Do you feel like you would like to be more active? Are you unsure about how to incorporate physical activity into your daily life? We are here to help. Join us [...]
Physical Activity
Physical Inactivity
Health
Confidence
Personal Development
Coursera Plus
View more details
Course Auditing
Coursera
University of Edinburgh
Personal and Professional Development
Beginner
3 Weeks
1-4 Hours/Week
41.00 EUR
English
Arabic
French
Portuguese
Czech
Italian
Vietnamese
Dutch
German
Russian
English
Spanish
Hungarian
Udacity
Additional 35% OFF
More Deals: