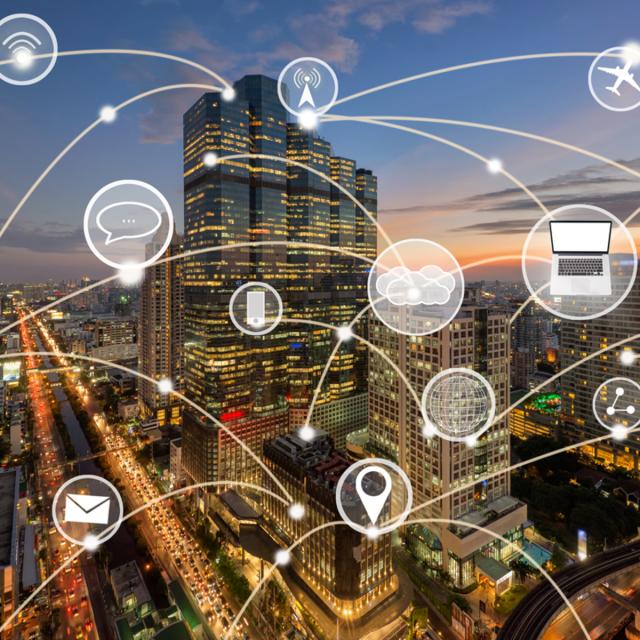 You use the Internet through your PC (Personal Computer), laptop, tablet, smartpad, and smartphone every day in everything you do. Through your own PC/laptop, you can easily learn everything about the Internet, and that is what this course is focused on. In this course ‘Introduction to TCP/IP,’ you will learn the operational functions of Internet technologies (which include IPv4, IPv6, TCP, UDP, addressing, routing, domain names, etc.) and your PC/laptop's security and gateway Internet setup and basic principles.
Enroll in course

In addition, through a simple Wireshark experiment, you will see the TCP/IP packets and security systems in action that are serving your PC/laptop, that serves you.

The second module 'TCP/IP Protocol' focuses on all protocol and functional aspects of the TCP and IP operations used in your PC/laptop/smartphone. The first lecture ‘TCP/IP 5 Layers & Operations’ provides an easy-to-understand description of how TCP/IP works in the Internet to transfer information, using a comparable example of how postal mail is delivered. The lectures ‘IPv4’ and ‘IPv6’ describe how the IPv4 and IPv6 protocols are structured and how they operate. In addition, the CIDR (Classless Inter-Domain Routing) notation as well as the IPv4 and IPv6 addresses and subnets are explained. Then the lectures on ‘UDP’ and ‘TCP’ describe how the port number works and how TCP conducts flow control and detects errors in the packets you received on your PC/laptop/smartphone.

The third module ‘Internet Routing & Functions’ focuses on the main protocols and functions used in the Internet that you have been using every day to make network connections. The lecture ‘IGP vs. EGP’ is focused on the types and functions of IGPs (Interior Gateway Protocols) and EGPs (Exterior Gateway Protocols). The lecture ‘OSPF’ describes how OSPF (Open Shortest Path First) sets up SPT (Shortest Path Tree) routing paths, which makes your Internet connections more reliable and fast. The lectures ‘ARP’ and ‘NAT’ explains how you have used ARP (Address Resolution Protocol) and NAT (Network Address Translation) to inter-changing IP addresses for access to private networks and how your PC/laptop/smartphone had been finding IP addresses from web host names. The lectures ‘RPC’ and ‘FTP’ describes how RPC (Remote Procedure Call) had been enabling you to make connections to remote computers/servers, and how FTP (File Transfer Protocol) helped you move files from a remote computer/server to your PC/laptop so quickly. The last lecture ‘E-mail’ compares the characteristics of IMAP (Internet Message Access Protocol) and POP3 (Post Office Protocol version 3) and how they operate in serving your all your e-mails.

The module ‘Internet Security’ focuses on the most popular Internet attack types and describes the methods used by your PC/laptop/smartphone to prevent and defend against cyber attacks. The first lecture ‘Top Ranking Internet Attacks’ describes the most commonly occurring attack types and ranks them based on the percentage of attack incidents. Your PC/laptop/smartphone has been receiving these attacks 100%, you just did not know it, but now you will. The lecture ‘Growing Security & Threat Issues’ discusses about zombie computers and botnets and other emerging attack techniques, which may be contaminating your PC/laptop/smartphone. The lectures in ‘Internet & Cyber Attacks’ include the most serious cyber attack types of Phishing, DoS (Denial of Service) & DDoS (Distributed DoS), Overflow, MITM (Man-in-the-Middle) Attack, and SQL (Structured Query Language) Injection. The lectures in ‘Internet Security & Protection’ focus on the most commonly used attack defense/security techniques used by your PC/laptop/smartphone, which include Firewalls, IDS (Intrusion Detection System), TLS (Transport Layer Security), WEP (Wired Equivalent Privacy), WPA (Wi-Fi Protected Access), WPA2, and SSH (Secure Shell).

The module ‘Wireshark Internet Project’ contains two major parts. First ‘How to Install Wireshark’ is introduced. In the lectures of ‘Internet Packet Analysis using Wireshark,’ the descriptions of how to find your PC/laptop’s IP address and subnet mask, how to find the IP address of someone else’s website domain name, how to check the type of Internet connection and security protocols you are currently using, and how to monitor your PC/laptop’s network performance, using Wireshark is explained in very easy terms. Then it is recommended for the same Wireshark measurement experiment of downloading a test file from Google or Baidu to be conducted as a DIY (Do It Yourself) practice.