Internet Giants: The Law and Economics of Media Platforms (Coursera) 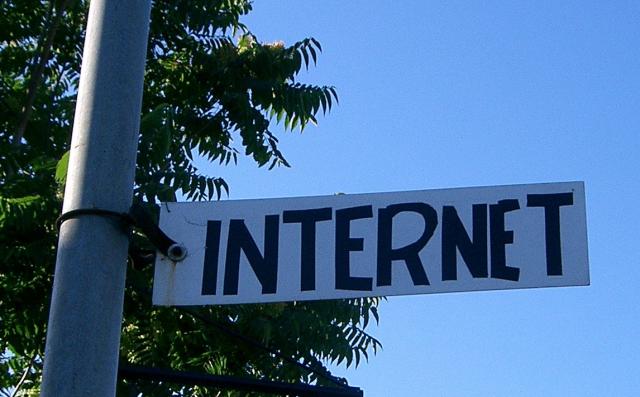 This seven-week course will explore the relationship between law and technology with a strong focus on the law of the United States with some comparisons to laws around the world, especially in Europe. Tech progress is an important source of economic growth and raises broader questions about the human condition, including how culture evolves and who controls that evolution. Technology also matters in countless other ways as it often establishes the framework in which governments interact with their citizens, both in allowing speech and blocking it and in establishing exactly what the boundaries are between private life and the government. And technology itself is powerfully shaped by the laws that apply in areas as diverse as copyright, antitrust, patents, privacy, speech law and the regulation of networks.

The course will explore seven topics:

1. Microsoft: The Desktop vs. The Internet. We will start with a look at the technology path that led to the first personal computer in early 1975, the Altair 8800. That path starts with the vacuum tube, moves to transistors, then to integrated circuits and finally to the microprocessor. We will look at the early days of software on the personal computer and the competition between selling software and open-source approaches as well as the problem of software piracy. We will discus the public good nature of software. The 1981 launch of the IBM PC revolutionized the personal computer market and started the path to Microsoft's powerful position and eventual monopoly in that market with the selection of MS-DOS. We then turn to four antitrust cases against Microsoft: (1) the 1994 U.S. case relating to MS-DOS licensing practices; (2) the U.S. antitrust middleware case over Microsoft’s response to Netscape Navigator; (3) the European Union case regarding Windows Media Player; and (4) the EU browser case over Internet Explorer. These disputes arose at the point of maximal competition between the free-standing personal computer and the Internet world that would come after it and we may know enough now to assess how these cases influenced that competition.

2. Google Emerges (and the World Responds). Google has emerged as one of the dominant platforms of the Internet era and that has led to corresponding scrutiny by regulators throughout the world. Decisions that Google makes about its algorithm can be life altering. Individuals are finding it more difficult to put away past mistakes, as Google never forgets, and businesses can find that their sales plummet if Google moves them from the first page of search results to a later page. With great power comes scrutiny and we will look at how government regulators have evaluated how Google has exercised its power. Both the U.S. Federal Trade Commission and the European Union have undertaken substantial investigations of Google’s practices and we will look at both of those.

3. Smartphones. The Internet started on the desktop but the Internet is increasingly mobile and people are seemingly tethered to their smartphones and tablets. And we have seen an interesting shift in that market away from Nokia handsets and the Blackberry to Apple's iPhone and its iOS platform and to the Android platform. The legal infrastructure of smartphones and tablets is extraordinarily complex. We will start by looking at U.S. spectrum policy and the effort to free up 500 megahertz of spectrum. We will look at the activities of standard setting organizations, including the IEEE and the creation of the 802.11 standard and Wi-Fi (or, if you prefer, wifi), the creation of patent pools and the regulation of standard essential patents. We will look at the FTC action against Google/Motorola Mobility and Apple's lawsuit against Samsung over utility and design patents relating to the iPhone. Finally, we will take a brief look at the European Commission's investigation into the Android platform.

4. Nondiscrimination and Network Neutrality. Facebook has more than 1 billion users and measure that against a world population of roughly 7 billion and a total number of Internet users of roughly 2.5 billion. A course on law and technology simply has to grapple with the basic framework for regulating the Internet and a key idea there is the notion of network neutrality. Nondiscrimination obligations are frequent in regulated network industries, but at the same, discrimination can be an important tool of design for communication networks. We will start our look at the Internet by looking at the great first communications network of the United States, the post office and will look in particular at the Post Office Act of 1845. We will then move to modern times and will consider efforts by the U.S. Federal Communications Commission to produce sensible and sustainable nondiscrimination conditions for the Internet and will touch briefly on comparisons from around the world.

5. The Day the Music Died? In many ways, the Internet came first to music with the rise of peer-to-peer (p2p) music sharing through Napster and its successors. We start with a look into music platform history and the devices that brought recorded music into the home: the phonograph and the player piano. We turn to radio and the legal regime that puts music on the airwaves, the performing rights organizations like ASCAP and BMI. We look at the antitrust issues associated with the blanket license. We consider a failed music platform, digital audio tape, and the complicated legal regime associated with it, the Audio Home Recording Act of 1992. We will consider the copyright issues raised by the creation and distribution of music and the litigation over the p2p technologies such as Napster and Grokster. The music industry responded to p2p technology by adding digital rights management tools to CDs. As music distribution switched from physical media to digital distribution, we entered the world of Apple and the iPod and iTunes. We consider the DRM issues associated with Apple's music platform as seen by Steve Jobs. We conclude by looking at emerging subscription services like Spotify and the service that Apple is building based on its purchase of Beats.

6. Video: Listening and Watching. Images are some of the most powerful ways in which ideas and speech are communicated and video has long been regulated by the state. That starts as a communications law issue with government regulation of the radio spectrum, but also leads to the design of the television system with the assignment of channels and eventually the definition of digital television. And with the emergence first of cable TV and subsequently the VCR critical copyright roadblocks had to be overcome for new distribution technologies to emerge. We will consider the legal engineering that led to the DVD platform, which was an exercise in patent pools and trademark creation. We will sort through the creation of the digital TV platform and will also look at the copyright underpinnings for Netflix. And we will consider the question of technology neutrality in the content of the copyright fight over a new video distribution entrant, Aereo. Finally, we close the week with a brief look at the incentive spectrum auctions and the possible end of broadcast television.

7. The Mediated Book. Gutenberg revolutionized books with his printing press and for academics, books are sacred objects. But the printed book is on the run and with the rise of the ebook, we are entering a new era, the era of the mediated book. This is more than just a change in technology. We will look at the issues created by the rise of the ebook, issues about control over content and licensing and of the privacy of thought itself. We will also look at the legal skirmishes over this space, including the copyright fair use litigation over Google Books, the Apple e-book antitrust case. And we will look at the Amazon Kindle platform.

This is a course on the law and economics of media platforms. Media delivery is frequently organized around a set of tools that bring together different parties to interact. Edison’s phonograph and wax cylinders did that, bringing together music producers and consumers wanting to listen to music at home, but so does Microsoft Windows, which sits between software developers and computer users.

Microsoft: The Desktop v. The Internet

In this module, we will focus on Microsoft and its arc from start up to dominance and repeated antitrust target. We will look at the technology leading to the personal computer and the release of the IBM PC in August, 1981 and then the rise of Microsoft from there. We will turn to antitrust actions against Microsoft, first in the United States in 1994 for its MS-DOS licensing practices and then again in the United States in 1998 for its response to the Internet and Netscape Navigator. We will then turn to two competition policy actions against Microsoft in Europe.

Google Emerges (and the World Responds)

In this module, we will focus on Google and its arc from 1998 start up to dominance and repeated antitrust target. We will look at the underlying tech, two-sided markets and auctions and then at antitrust investigations in the U.S. and the EU.

In this module, we will focus on the emergence of the smartphones platform. That is an interesting mix of government policy (especially regarding spectrum), collective private activity (standard setting, such as that for the 802.11 standard and for Wi-Fi), and individual private actions (such as that leading to the Apple iPhone and the Android platform).

In this module, we will focus on the issue of network neutrality, or, as the U.S. Federal Communications Commission likes to put it, the open Internet.

The Day the Music Died?

In this module, we will focus on different platforms for distributing music. That will start with the great home technology of the early 1900s—the phonograph and the player piano—before turning to radio and the ASCAP and BMI licensing regime for public performances. We then will turn to a failed technology and legal regime, digital audio tape and the Audio Home Recording Act of 1992. We will then switch to MP3 players, from the relatively obscure (the Diamond Rio) to the ubiquitous (the iPod) and to Apple’s digital rights management regime. We will then switch to the issues raised by peer-to-peer software like Napster and Grokster and then close with an examination of the switch from physical distribution media to digital and subscriptions like Spotify.

In this module, we will focus on the different platforms for delivering video to the home. We will start with the history of TV in the U.S. in the 1940s and then jump to the copyright issues associated with the creation of cable TV in the 1960s and 1970s. We will then switch to considering two devices (the VCR and the DVD player), two services (Netflix and Aereo) and then creation of digital TV.

In this module, we will focus on the emergence of digital books and digital libraries. Three topics loom large: (1) Google’s efforts to copy millions of books and bring them online through Google Books; (2) Amazon’s creation of the Kindle ebook platform; and (3) Apple’s launch of the iPad with its associated bookstore and the resulting antitrust lawsuit over that launch.

We review the entire course in this last module.

Done with the course? Wondering what comes next? Me, too, but this is where the experimental module comes in. A module to test other ways to interact and to explore ideas that might appear in future versions of the course.

This course has been approved for continuing legal education credit in Illinois and this section describes the process for obtaining that credit. 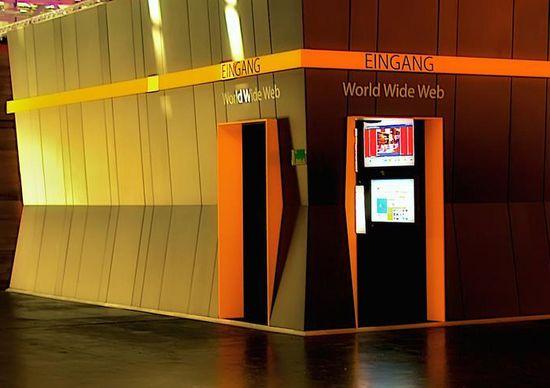 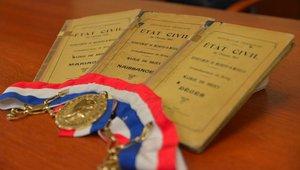