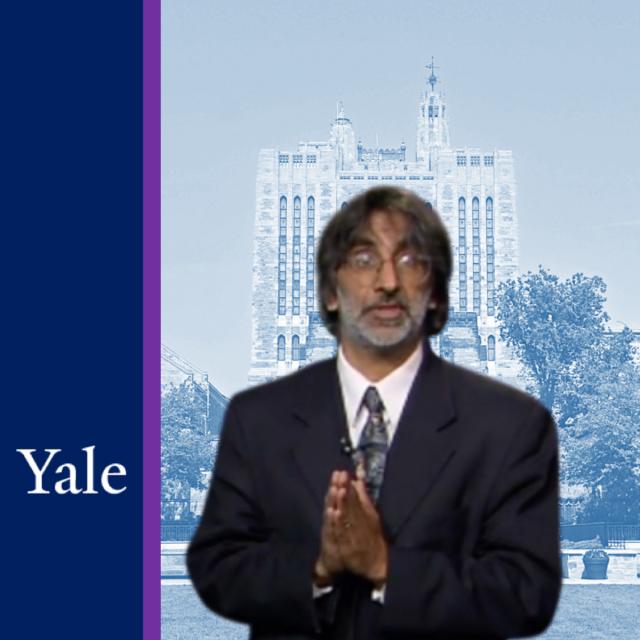 An introduction to the main themes of the American Constitution—popular sovereignty, separation of powers, federalism, and rights.
Enroll in course

This first module will help you get your bearings before diving into America's Written Constitution. You can watch a brief introduction to the course, learn about quizzes and writing assignments, and find out what you can look forward to learning. This section also provides you with a copy of The Document itself. There is no need to read through it right away, Our hope is that you will follow along as Prof. Amar works his ways through it over the course of the next 14 modules. Good luck, and we hope you enjoy the experience!

Ready to get started? Good. In this module, you'll take a guided tour of the Preamble and learn how one sentence changed the world.

New Rules for a New World

In this module you will learn how geography, democracy, wealth, and race affected the structure of our legislative branch. Prof. Amar will explain the underlying factors behind decisions on Senatorial term limits, age qualifications, salaries and much more.

This entire module is devoted to just one section of one article of the U.S. constitution. It is the longest, and arguably, most important section of The Document. Article 1, Section 8, enumerates the powers held by Congress. Join Professor Amar, as he discusses the implications of these powers, including regulation of trade, creation of an army and navy, and the levying of taxes.

In this module you'll find out what about George Washington made him so uniquely qualified for the task of being our nation's first president. Learn how his actions before, during, and after his time in office set precedents which are still followed today.

As the title of this module suggests, you will be hearing about the specific powers held by the President of the United States. Learn how the presidential pardon is directly related to national security and why the veto power is nearly insurmountable. Prof. Amar will also point out how in a small number of situations, the President of the United States is even more powerful than the King of England.

The judicial branch of the U.S. today only vaguely resembles what framers had in mind. In this section you'll learn you about the decisions the men behind the judicial branch's expansion in power and in scale.

Article 4 of the Constitution outlines the interrelationship between States and territories. In order for this emerging country to succeed, the framers knew states would need to start thinking of themselves as parts of the same whole. To achieve this, rules needed to be set in place for interstate trade and travel. Prof. Amar will introduce the concept of Horizontal Federalism, looking specifically at how the Constitution accounts for the differences between state laws on slavery and voting rights. Finally you'll learn about the Taney-led Supreme Court, whose rulings on racial laws would help set America down the path to civil war.

The Law of the Land

What's the difference between a treaty and a statute? Which takes precedent? In this module Prof. Amar takes you through article 7 of the Constitution. Along the way you'll learn the difference between laws, treaties, resolutions, and statutes. Learn how each one comes into being and how the inherent democracy of each determines their place in the hierarchy.

Anti-Federalists, rejoice! This module's lectures go over the first ten amendments to America's constitution, also known as the Bill of Rights. These amendments contain some of the most iconic language contained in The Document. Freedom of Speech, the right to keep and bare arms, the right to a fair trial, all this can be found in the Bill of Rights. Prof. Amar will go over where the framers borrowed the ideas for these amendments, and also who championed and opposed their adoption.

This module, as we move forward both in text and in time. After the first 12 amendments to the constitution, 50 quiescent years pass before three new amendments are ratified in rapid succession. The 13th, 14th, and 15th amendments to the U.S. Constitution brought radical change to America by abolishing slavery, redefining citizenship, and expanding voting rights. What event could possibly spur such significant legislative action? Get ready as Professor Amar guides us through a wholly singular look at America's Civil War.

You may have noticed by now that amendments to the U.S. Constitution come in waves. In module 13 Professor Amar will go over the third wave to break. Amendments 16-19 made America's version of democracy more direct and more universal than ever before. The addition of women to the voting pool forever altered America's political course. Eventually leading to the passage of socially conscious policies such as the New Deal, the Great Society, and Obamacare.

The surging Civil Right's Movement of the 1960's along with wars both cold and hot, made the political environment in the U.S. ripe for change. Prof. Amar explains out how amendments 23-26 continued making the United States' brand of democracy more universal and more egalitarian. After briefly covering the 27th Amendment, a question is posed to you, the learner: What do you think the next amendment to the Constitution should be?

This content is not tied to the assessment materials in any way, but it is interesting, entertaining and informative nonetheless. We encourage all learners to take some time to watch these videos and post about them in the discussion forums!

Professor Amar hopes you will continue your journey through the U.S. Constitution by going beneath, beyond, and behind the text in AWC's sister course America's Unwritten Constitution. You'll learn of the traditions, court decisions, popular values, and precedents that compliment the text and complete The Document.