Economics of Money and Banking (Coursera) 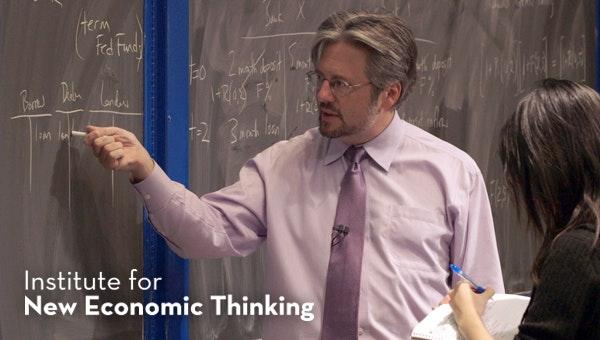 The last three or four decades have seen a remarkable evolution in the institutions that comprise the modern monetary system. The financial crisis of 2007-2009 is a wakeup call that we need a similar evolution in the analytical apparatus and theories that we use to understand that system. Produced and sponsored by the Institute for New Economic Thinking, this course is an attempt to begin the process of new economic thinking by reviving and updating some forgotten traditions in monetary thought that have become newly relevant.

Three features of the new system are central.

Most important, the intertwining of previously separate capital markets and money markets has produced a system with new dynamics as well as new vulnerabilities. The financial crisis revealed those vulnerabilities for all to see. The result was two years of desperate innovation by central banking authorities as they tried first this, and then that, in an effort to stem the collapse.

Second, the global character of the crisis has revealed the global character of the system, which is something new in postwar history but not at all new from a longer time perspective. Central bank cooperation was key to stemming the collapse, and the details of that cooperation hint at the outlines of an emerging new international monetary order.

Third, absolutely central to the crisis was the operation of key derivative contracts, most importantly credit default swaps and foreign exchange swaps. Modern money cannot be understood separately from modern finance, nor can modern monetary theory be constructed separately from modern financial theory. That's the reason this course places dealers, in both capital markets and money markets, at the very center of the picture, as profit-seeking suppliers of market liquidity to the new system of market-based credit.

The first two lectures paint a picture of the monetary system as the essential infrastructure of a decentralized market economy. The second lecture, "The Natural Hierarchy of Money", is a kind of high-level overview of the entire course, so don't expect to fully understand it until you look back after completing the rest of the course. Nevertheless it provides essential orientation for what comes after. Lectures notes for these and subsequent lectures may be found in the very first segment of this module.

The next two lectures are meant to introduce a key analytical tool, the balance sheet approach to monetary economics, that we will be using repeatedly throughout the course. As inspiration, first I provide a concrete example of how the approach works by "translating" the Allyn Young reading into the balance sheet language. I follow that with a more systematic introduction to this essential tool.

Banking as a Clearing System

In the next four lectures, we build intuition by viewing banking as a payments system, in which every participant faces a daily settlement constraint (a survival constraint). From this point of view, the wholesale money market plays a key role by allowing banks to relax the discipline of a binding settlement constraint, delaying final payment by putting settlement off until a later date. The relative importance of the various money markets has changed since the 2008 crisis--Fed Funds is now less important--but the conceptual framework remains valid, indeed not only for dollar money markets but also for non-dollar money markets.

Banking as a Clearing System, continued

The next two lectures extend the payments system frame to non-banks by bringing in repo markets, and to the international monetary system by bringing in Eurodollar markets. Here, as in the previous two lectures, the emphasis is on settlement, and so implicitly on so-called "funding liquidity". The last three segments of the Eurodollar lecture, on the failure of two seemingly obvious arbitrage conditions, are meant to motivate the shift to market-making and "market liquidity" in the next module.

"Market liquidity" is supplied by dealers who stand ready to absorb temporary imbalances in supply and demand by taking the imbalance onto their own balance sheets, for a price. From this point of view, banks can be considered a special kind of dealer, since they absorb imbalances in payment flows. The first lecture is meant to build intuition by using our familiar balance sheet method to make sense of how this all worked in a system much simpler than our own. The second lecture introduces a formal model of the economics of the dealer function, which we will be using throughout the rest of the course.

The first twelve lectures have introduced all of the main concepts of the course. The midterm exam gives you a chance to test whether you have mastered these concepts before extending them into new areas in the second part of the course. But before you try the exam, first use the review lecture, and the questions from students, to review the main concepts.

The next four lectures extend the "money view" perspective to the larger world of multiple national monies by thinking about the international monetary system as a payment system, and by thinking of banks as market makers in foreign exchange. The first lecture is introductory and conceptual, while the second builds intuition by "translating" Mundell's account of the development of the international monetary system into money view language (similar to what we did at the beginning of the course for Allyn Young's account of the development of the US monetary system).

The next two lectures use the Treynor model to understand how exchange rates are determined in dealer markets. In the second, we confront directly the puzzle we observed earlier in the course, namely why uncovered interest parity (UIP) fails to hold in real world markets.

The next four lectures extend the money view to the larger financial world of capital markets, where the price of risk is determined in dealer markets for swaps of various kinds. The first lecture is a kind of conceptual introduction, while the second translates the standard finance account of forwards and futures into money view terms, as key building block for what comes after.

In the modern economy, the price of risk is determined in swap markets that distinguish specific forms of risk, most importantly interest rate swaps and credit default swaps. The Treynor model can be adapted to understand how the price of risk is formed in dealer markets.

Money in the Real World

In this final module, we bring the entire course together. These two lectures build on everything that came before, and show how all the pieces fit together into a unified whole. Specifically, the first lecture uses the conceptual apparatus of the money view to make sense of shadow banking as the quintessential form of banking for the modern financially globalized world. And the second lecture shows how the conceptual apparatus of the money view fits with standard economics view and finance view, by drawing attention to dimensions of the world from which the standard views abstract.

The previous module operated in effect as a review of the entire course, so if you were able to make sense of those lectures, you are ready for the final. But maybe you first want to have a look back at the second lecture, "The Natural Hierarchy of Money", for a high-level summary of the essential concepts of the money view. For almost everybody, the money view is a new and unfamiliar way of thinking about the world, and it takes a while to get used to it. The purpose of this course is to plant the seed, by demonstrating the value of this way of thinking for making sense of real world problems. Once you are done with the final exam, the real work begins, of using the money view to make sense of whatever real world problems confront you in your own daily life. 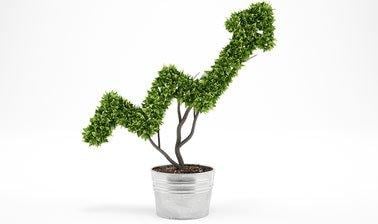