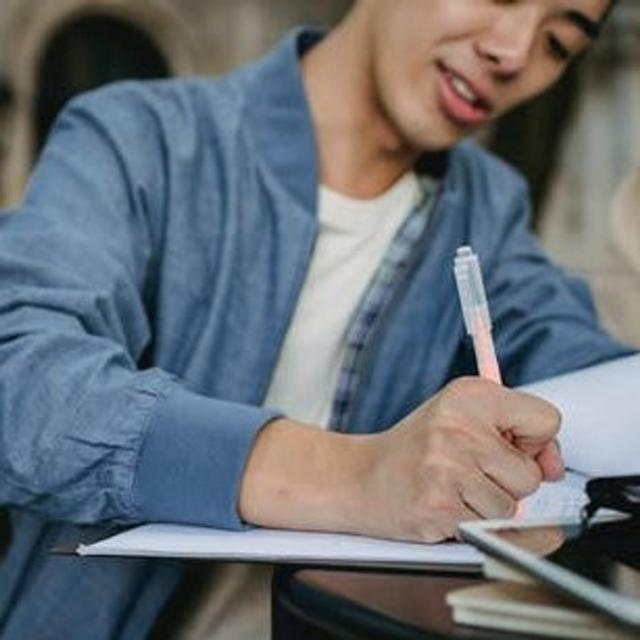 This course is designed to hold your hand step-by-step through the most basic concepts of noun clauses all the way to the end goal of writing a paragraph with varied noun clauses. With each individual lesson, you’ll watch both introductory and guided practice videos which will give you tips on writing noun clauses, you’ll complete independent practice exercises and check your answers, and you’ll do short quizzes. For several assignments throughout the course, you’ll practice writing noun clauses, first as individual sentences and then within a paragraph.
Enroll in course

By the end of this course, you’ll be able to see exactly how much your writing has improved when you compare Week 1’s with Week 4’s writing. No matter how you use English in your daily life, this course will inspire you to use noun clauses more in your writing and speaking.

Course 3 of 3 in the Learn English: Writing Effectively with Complex Sentences Specialization.

You now have a solid understanding of how noun clauses work, so let’s build on that! This week, we’ll focus on writing noun clauses starting with question words and with "whether," "if," and "that." For each of these, you’ll watch an introductory and guided practice videos that give you tips on the independent practice exercises. After that, you’ll practice, check your answers, and take a short quiz. Finally, you’ll show what you’ve learned by writing your own sentences with this week’s noun clauses. By the end of the week, you’ll feel much more confident writing a variety of noun clauses. Ready? Let’s do it!

Let’s take your noun clauses up a notch! This week, we’ll examine one last type of noun clauses with words such as "whenever," "wherever," or "whoever." Then, you’ll learn how to avoid learners’ common mistakes. After each lesson, you’ll practice and take a quiz to check your understanding. Finally, we’ll transition to the topic of writing with a lesson on the ways noun clauses are used when writing about opinions, and you’ll read a sample opinion piece. By the end of the week, you’ll have the tools to tackle Week 4’s challenge: writing your own opinion paragraph.

Now is your time to show off what you’ve learned about noun clauses and opinion writing. First, I’ll give you some pointers on writing a fantastic opinion paragraph with a variety of noun clauses. After you write, you’ll compare this week’s and Week 1’s paragraphs, and in a discussion post, you’ll reflect on how your writing has improved throughout the course. Finally, you’ll submit your paragraph, and you’ll evaluate another learner’’s paragraph for its use of noun clauses. By the end of this week, you’ll clearly see that your hard work with noun clauses has really paid off!