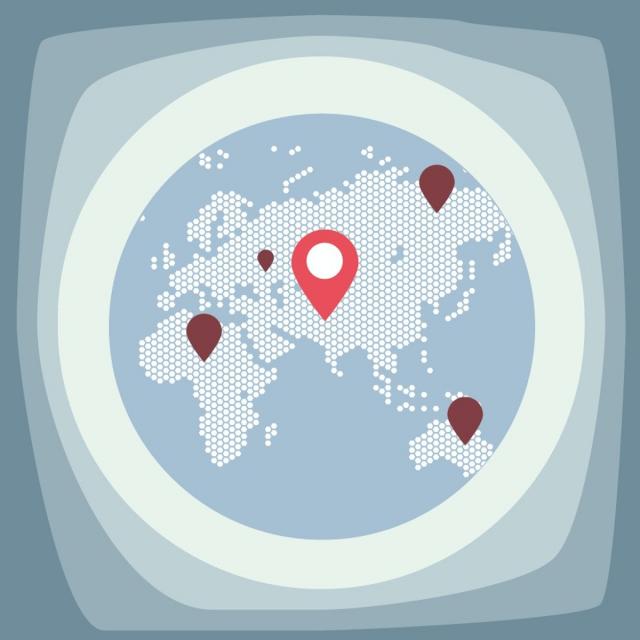 This course is primarily aimed at first- and second-year undergraduate students interested in international relations and politics, along with other professionals who are motivated to learn about political geography. The course intends to provide an insight into the origin and history of political geography, while also engage with the modern-day developments and issues that directly pertain to the domain of political geographic thought.

Political Geography as a Discipline

Sovereignty and State on the World Map

This module dissects the concept of sovereignty and the territorial state as the stepping stones of the world map. By doing so, the module examines the historical and theoretical background against which the modern idea of sovereign statehood developed. While sovereignty is conventionally believed to have originated in the signing of the Peace of Westphalia in 1648, its consolidation and proliferation outside Europe had required several more decades before the modern sovereign state emerged as we know it today.

Sovereignty Is Not for All

This module intends to deconstruct the Western notion of sovereignty as a universal guiding principle to organise people, territory and political power. The module engages in a detailed evaluation of the European Colonisation and later dissolution of the Western colonial empires. As the decolonisation process began to unfold, an increasing number of former colonial territories aspired to acquire the status of a sovereign state. Although the Westphalian model of sovereign statehood spread outside Europe, many of the newly independent states struggled to create a viable and stable post-colonial order.

Sovereignty: The Limits and Beyond

This module engages with the application of sovereignty beyond the territorial limits of a state. In essence, the module overviews the currently existing regulations applied to delineate territorial jurisdictions at sea and in airspace, as well as in regard to ice-covered areas. The former engages with the international law provisions, such as the UN Convention on the Law of the Sea or Chicago Convention, to illustrate how disputed claims to the territories "beyond Earth" are settled down among the sovereign state. In turn, the latter pertains to the regional governance regime in the Arctic Ocean and an international agreement stipulating the peaceful use of the Antarctic.

This module attempts to break down the concept of a sovereign state by looking closely at one of its intrinsic components. In that, the module traces the semantic meaning of "nation" and "nationality" as well as the historical evolution of the concepts which manifested in the creation of a modern nation-state. With the emergence of political consciousness and the sense of a belonging, the people – inhabiting the territory of a state and collectively referred to as a "nation" – became the source of legitimate sovereign power.

This module focuses on the origins of instability which continues to malign many parts of the modern-day political map. Characterised by the general incongruence between political and national boundaries, the so-called grey zones are inherently susceptible to recurring turmoil. The module deals with the contemporary examples of sovereign states that fail to establish effective control over their territory as a result of separatism, civil war or other centrifugal forces.

This module deals with the currently unfolding changes on the world political map by analysing multiple factors that facilitate or inhibit political stability and territorial integrity. The module draws on the main concepts employed in political science and comparative politics to show how a certain political system or form of political organisation could affect the long-term stability of a nation-state.

State in the Age of Globalisation and Beyond

This module observes the new sources of insecurity and threat that could challenge the modern state in the age of globalisation. With the world becoming increasingly interconnected, a sovereign state alone appears to be inadequate to tackle the daunting issues of humanity, such as a climate change or humanitarian crisis. While there exists no global government as such to replace the nation-state, several attempts have been made to create the institutions of global governance, with the United Nations as an example of a successful intergovernmental effort to establish an international order. In addition, the module explores the history and theory of regional integration by engaging with the European Union and Eurasian Economic Union.