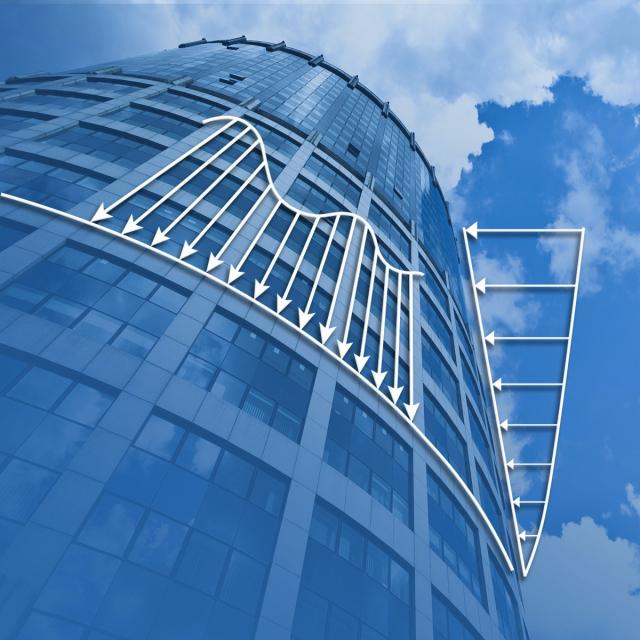 Statics is the most fundamental course in Mechanics. In this course, you will learn the conditions under which an object or a structure subjected to time-invariant (static) forces is in equilibrium - i.e. the conditions under which it remains stationary or moves with a constant velocity-. You will also learn how to calculate the reaction forces as well as the internal forces experienced throughout the structure so that later you can properly design and size the foundation and the members of the structure to assure the structure’s safety and serviceability.

This course is suitable for learners with interest in different Engineering disciplines such as civil engineering, architecture, mechanical engineering, aerospace.

The content will be primarily delivered using light board. Prof. Katafygiotis is going to write and sketch with color markers directly on the board while facing you. You will have an exciting and interactive learning experience online!

This module introduces the basic operations that learners need to know in order to solve statics problems, we will start by reviewing Newton’s Laws, then introduce Forces and Moments and provide an overview of the vector algebra that governs their operations.

Equivalent Systems of Forces and Equilibrium

We will study the effect of a system of forces and couples acting on a rigid body and will state the conditions of equilibrium for particles, rigid bodies and assemblies of rigid bodies. The number of independent number of equations that are necessary and sufficient for satisfying equilibrium will be clearly stated.

We will discuss the important notions of stability and static determinacy. These are concepts that often are not presented clearly enough in some of the textbooks, causing confusion to students.

Trusses are in a sense the simplest structures to analyze, used widely in structures such as bridges, industrial roofs, and cranes. We are going to introduce two methods of analysis, namely the method of joints and the method of sections to determine the member internal forces. In addition, we will study a computer-aided method for analyzing trusses.

Area properties and Moments of Inertia

To be able to deal with more complicated structures and loading scenarios, we will learn how to replace a distributed loading with an equivalent concentrated one using its geometric properties, such as its area and centroid coordinates. We will also learn how to calculate moments of inertia about specific coordinate axes and how to calculate their corresponding values about another translated and rotated system of axes.

We will get to the most important part, which is analyzing frames and beams to calculate their internal forces and to draw axial, shear and moment diagrams. Contrary to most textbook presentations, we will adopt a notation that is universally adopted by engineers when using moment diagrams.

Static Analysis of a Structure

In this module, learners will be presented two examples of complex frames for static analysis. Learners should be able to apply what they have learnt in the previous module, calculate and plot the internal force diagrams. By the end of this module. students will be able to correctly draw axial shear and bending moment diagrams of rather complicated frames.