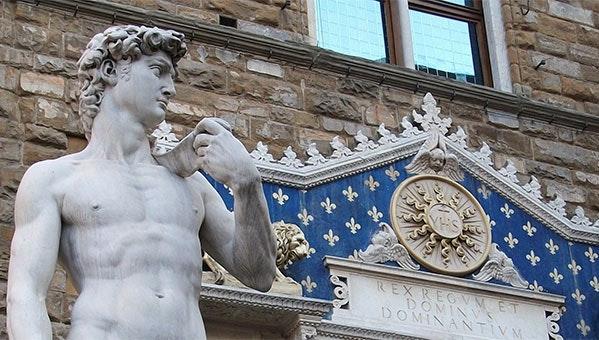 With its walls razed to ground by Babylon’s armies, Jerusalem joined a long line of ancient vanquished cities—from Ur and Nineveh and Persepolis to Babylon itself. While some recovered from the destruction, others did not. But none responded to political catastrophe by fashioning the kind of elaborate and enduring monument to their own downfall that we find in the Bible. Most conquered populations viewed their subjugation as a source of shame. They consigned it to oblivion, opting instead to extol the golden ages of the past. The biblical authors in contrast reacted to loss by composing extensive writings that acknowledge collective failure, reflect deeply upon its causes, and discover thereby a ground for collective hope.
Enroll in course

Working through colorful biblical and ancient Near Eastern texts, and drawing on an array of comparative examples, the course illustrates the thoroughgoing manner with which biblical authors responded to defeat by advancing a demotic agenda that places the community at the center. The aim of the biblical authors was to create a nation, and they sought to realize this goal via a shared text, which includes stories and songs, wisdom and laws. This corpus of writings belongs, without a doubt, to humanity’s greatest achievements. Whereas the great civilizations of the Near East invested their energies and resources into monuments of stone that could be destroyed by invading armies, the biblical authors left a literary legacy that has been intensively studied until the present day. More important, these authors’ visionary response to defeat brought to light a radical new wisdom: the notion that a people is greater than the state which governs it, and that a community can survive collapse when all of its members can claim a piece of the pie and therefore have a reason to take an active part in its collective life.

The Riddle That Has Yet to be Solved

Our larger goal is to understand why the Bible was written. So first we need to take a step back and form a larger view of the world in which the kingdoms of Israel and Judah emerged. This module sets the stage for all that follows. Upon completion of this module, learners will be able to: 1) Describe how Israel's geographical location, situated between two great civilizational centers, had a decisive impact on history, 2) Identify why Egypt was interested in Canaan (the land of the Bible), 3) Describe the context in which the oldest references to Israel and places in the land of Israel appear, and 4) Analyze how the withdrawal of Egyptian influence from Canaan made it possible for territorial states (such as Israel and Judah) to emerge in the first millennium BCE.

The Rise and Fall

The Making of the Bible as a Response to Defeat

In this module, we dive into the question of why the biblical authors created the Bible. We begin by looking at various depictions of how Judahites were living after the fall of Judah. These depictions provide us with insight into what the biblical authors were facing after the Assyrian and Babylonian conquests. We then turn our attention to the biblical writings as we deconstruct and reconstruct the text in order to discover what drives the biblical project. By engaging the text critically, we begin to see how the biblical authors creatively combined sources to create a pan-Israelite history. Upon completion of this module, learners will be able to: 1) Differentiate between extrabiblical and biblical depictions of Judahite communities living in various locations after the fall of Judah, 2) Identify distinct traditions or sources within the biblical text and distinguish between core narratives and supplements or links, and 3) Compare and contrast the dominant theories concerned with the composition of the Bible.

In this module, we will begin by exploring a clue that adds further support to the general thesis of this course (i.e., that the Bible is a project of peoplehood in response to the defeat of the state). That clue is the absence of martyrdom and glorious death in the biblical narratives. We will see how the biblical authors reshape their history as they fashion narratives and law codes that promote “name-making” through procreation rather than heroic death. Through values that we take for granted today, the authors work to ensure the preservation of their people under conditions of foreign rule. Upon completion of this module, learners will be able to: 1) Identify narrative texts and law codes that relate to procreation, heroic death, and the expanded roles for both men and women, 2) Differentiate between the ideals of heroism found in the Bible and those found in non-biblical text, and 3) Understand that these values emerge out of pragmatic concerns related to corporate survival and the formation of a new kind of political community.

A Wise and Discerning People

As in most ancient societies, knowledge and education are reserved for elites. (The situation is not so different today.) This week we will see how the biblical authors depart radically from this principle. The Bible can be understood, Dr. Wright will suggest, as an educational curriculum for the nation. It fosters a broad national consciousness and mobilizes a people after the defeat of the state.Closely related to the Bible’s educational ideals, we will learn how the biblical authors promote a principle of “open access.” They make divine knowledge, rules, regulations publicly available so that the people as a whole can hold in check the power of their leaders. Upon completion of this module, learners will be able to: 1) Identify the distinctive qualities of biblical prophetic and priestly literature, 2) Explain how the Bible may be understood as an educational curriculum for the people as a whole, and 3) Compare the Bible to other pedagogical reforms.

Beyond Morality: The Bible as Political Model

This week, to wrap up our course, we turn back to the question of why with which we began. Why did the Bible originate in ancient Israel and Judah? We will begin by synthesizing what we’ve learned so far in order to bring it to bear on this fundamental question. Thereafter we will examine the most fascinating means by which the biblical authors reshape Israel’s identity. These means include matters that relate to theology, the covenant, and covenantal ethics. We will conclude the course by raising the question of what role the Bible may have to play in our futures. Upon completion of this module, learners will be able to: 1) Answer the question of why the Bible emerged in Israel and Judah rather than in other societies of the ancient Near East, 2) Identify the distinct theological means by which the biblical authors reshape the identity of Israel in their grand project of peoplehood, 3) Discuss the future possibilities of "biblical" projects and of the Bible itself.