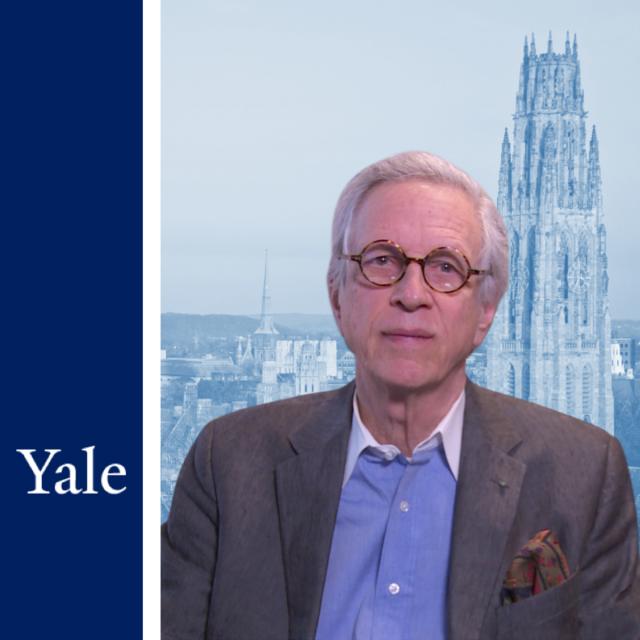 An introduction to some of the most astonishing architectural monuments the world has ever known—Gothic cathedrals. We shall study the art, literature, intellectual life, economics, and new social arrangements that arose in the shadow of the cathedrals and that were such an important part of the revival of cities in the twelfth and thirteenth centuries. The goal of the course is a better appreciation of the High Middle Ages, a world that is still recognizably our own.

An introduction to the history of Paris in the centuries of chaos following the death of Charlemagne in 814 and the building of the first Gothic cathedral at Saint-Denis, just north of Paris. The old abbey church, where the kings of France were buried, was inadequate, and so a new building project was undertaken by Abbot Suger, who financed the new building through efficient land management and the commercial Fair of Lendit along a trade route between northern and southern Europe.

Here we encounter the portrait of Abbot Suger via his account of how and why he built Saint-Denis, what is portrayed on the West façade of the cathedral, and how the doctrine of God as light, encountered in a book which had come from Byzantium to the abbey centuries earlier, was translated into architectural form. We see some of the objects that are part of the treasury of Saint-Denis and discuss the Abbot’s notion of “anagogical uplift” as a way of moving—via stained glass—between the Old and New Testaments and from the material to the spiritual plane.

Filling in the background of Romanesque churches that preceded Gothic buildings, we discuss the origins and engineering innovations of the new style of religious architecture. These include ribbed vaults, reinforced pillars, pointed arches, flying buttresses, and a modular system of bay construction; all of which permits the construction of higher and lighter, thinner walls filled with stained glass.

Moving to the heart of Paris, we explore the initial construction of Notre-Dame and the innovations that were undertaken almost as soon as the building began. We discuss the sculptural programs of Notre-Dame’s West façade, including the portal which depicts the life of Saint Anne, Christ’s grandmother, and Mary, his mother and the central portal of the Last Judgment. Along the south side, we discover the story of the stoning of Saint Stephen; and, along the North, the miracle of Theophilus and the Virgin. Moving inside the cathedral, we encounter the stunning rose windows of Notre-Dame.

Here we examine the cathedral in terms of surrounding intellectual and everyday life. A reading of Peter Abelard’s autobiography, The Story of my Misfortunes, testifies to the growth of the scholastic method in the context of the earliest university culture; and two verse comic tales, “The Crucified Priest” and “The Peekaboo Priest” introduce the new mentality of the inhabitant of towns with emphasis on cleverness, quick thinking, and timing along with an anti-clerical spirit.

Our Lady of Chartres

In Module 6 we move West of Paris to the cathedral of Chartres where Gothic architecture hits its stride. We explore the history of Chartres, its unique and mysterious architectural features, and its miraculous relic—the Holy Tunic. We discuss the financing of Chartres as seen in the windows donated by merchant which depict the various urban trades alongside the sculpture of the West façade, the rose and lancet stained glass windows, and the secular Zodiac and Charlemagne windows, the latter of which is linked to important literary works of the period.

In Module 7 we examine in some detail The Song of Roland, portions of which are depicted in the stained glass of Chartres, and we explore the relationship of relics from the Middle East to cathedral building.

In Module 8 we explore Saint Louis’s building of the Sainte-Chapelle in Paris as a house of glass, a new Ark of the Covenant, to house the relics he had amassed. Using Jean de Joinville’s Life of Saint-Louis as our source, we encounter the Saint King’s life as a crusader, his death, canonization, and the miracles performed by his body on his way to sainthood.

By way of conclusion, we explore the history of Gothic cathedrals from the Middle Ages to the present.