Professor Henry Lucas’ research interests include information technology-enabled transformations of organizations as well as disruptive technologies. He has conducted research on the impact of information technology on organizations, IT in organization design, electronic commerce, and the value of information technology. Lucas co-produced and co-wrote The Transformation Age: Surviving a Technology Revolution with Robert X. Cringely, a documentary co-developed by Maryland Public Television and the Smith School shown on public television stations around the U.S. He has authored a dozen books as well as monographs and more than 70 articles in professional periodicals on the impact of technology, technology in higher education, information technology in organization design, the return on investments in technology, implementation of information technology, expert systems, decision-making for technology, and information technology and corporate strategy. Professor Lucas has created a Massive Open Online Course (MOOC) on disruptive technology on Coursera. His most recent books include Technology and the Disruption of Higher Education (World Scientific, 2016), The Search For Survival: Lessons from Disruptive Technologies (Praeger, 2012), Inside the Future: Surviving the Technology Revolution (Praeger, 2008), Strategies for E-Commerce and the Internet, (MIT Press. 2002, Information Technology and the Productivity Paradox: Assessing the Value of Investing in IT(Oxford University Press, 1999) and The T-Form Organization: Using Technology to Design Organizations for the 21st Century (Jossey-Bass, 1996). He was the vice president of publications for the Association for Information Systems (AIS) from 1995-1998 and editor-in-chief of the AIS electronic journals, Communications of AIS and Journal of AIS from 1998-2002. He has also served as the Chair of the Decision, Operations and Information Technologies Department at the Smith School. Professional Activities
Lucas has been a professor of information systems at the Leonard N. Stern School of Business at New York University where he was a research professor of information systems from 1988-1998, and professor and chair of the Department of Computer Applications and Information from 1978-1984. He also served as the Shaw Foundation Professor at Nanyang Technological University in Singapore, and as a visiting professor at INSEAD in Fontainebleau, France. He was a visiting researcher at Bell Communications Research in Morristown, New Jersey, and a consultant to Arthur D. Little, Inc., in Cambridge, Massachusetts. He has served on the board of directors of a software supplier for satellite multicasting and has been a board member of a worldwide manufacturer and supplier of passive electronic components. Lucas is a member of the Association for Computing Machinery, the Association for Information Systems, the Institute of Electrical and Electronic Engineers, and INFORMS. 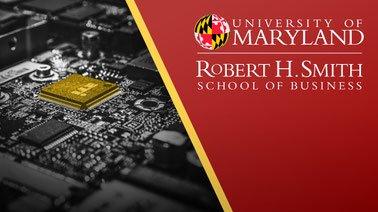 Learn about the explosion of technologies that are transforming business and how to strategically leverage technologies to maximize the value--and minimize the risk--to your firm. This course will help you assess the most critical digital technologies that affect your business sector and how you can leverage them to realize [...]
MBA Core Curriculum MicroMasters
Business
Digital Transformation
Digital Technology
Technology
Organizational Strategy
View more details
Course Auditing
EdX
University System of Maryland - USM
USMx
University of Maryland, College Park
UMD
Business
Advanced
Self-Paced
8-10 hours/week
328.00 EUR
English
English

Learn about the explosion of technologies that are transforming business and how to strategically leverage technologies to maximize the value--and minimize the risk--to your firm. This course will help you assess the most critical technologies that affect your business sector and how you can manage them to realize efficiencies. [...]
Management
Technology
Organizational Strategy
Strategy
View more details
Free Course
EdX
University of Maryland, College Park
University System of Maryland - USM
USMx
Business
CS: Information & Technology
Advanced
7 Weeks
8-10 hours/week
English
English