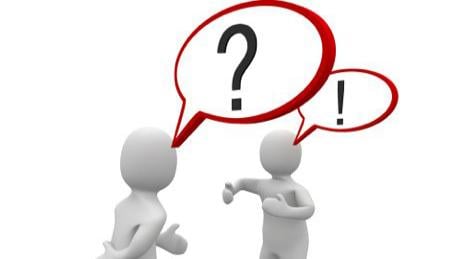 Students who want more detailed explanations or additional exercises or who want to explore these topics in more depth should consult Understanding Arguments: An Introduction to Informal Logic, Ninth Edition, Concise, Chapters 13-17, by Walter Sinnott-Armstrong and Robert Fogelin.
Course Format

Each week will be divided into multiple video segments that can be viewed separately or in groups. There will be short ungraded quizzes after each segment (to check comprehension) and a longer graded quiz at the end of the course.

Course 4 of 4 in the Introduction to Logic and Critical Thinking Specialization.

Welcome to the Course

Welcome to Think Again: How to Avoid Fallacies! This course is the fourth in the specialization Introduction to Logic and Critical Thinking, based on our original Coursera course titled Think Again: How to Reason and Argue. We are excited that you are taking this course, and we hope that you will take all four courses in the series, because there is a great deal of important material to learn. In the series as a whole, you learn how to analyze and evaluate arguments and how to avoid common mistakes in reasoning. These important skills will be useful to you in deciding what to believe and what to do in all areas of your life. We encounter fallacies almost everywhere we look. Politicians, salespeople, and children commonly use fallacies in order to get us to think what they want us to think. Think Again: How to Avoid Fallacies will show how to identify and avoid many of the fallacies that people use to get us to think the way they want us to think. The first part of this course introduces the series and the course. It also clarifies some peculiarities you may find with this course. We encourage you to watch the "Introduction to the Specialization" video first as it will help you learn more from the materials that come later.

CONTENT: In this week's material we will describes two phenomena that are both common and useful in the languages that human beings speak, but both of which give rise to the potential for fallacious reasoning. A word or phrase is vague when its meaning is not precise, and it is ambiguous when it has more than one meaning. When we use vague or ambiguous phrases in our reasoning, it is very easy for us to make a number of different kinds of fallacies. This week will teach you what these different kinds of fallacies are, and give us some practice in spotting them, so you can make sure to avoid them in the future. LEARNING OUTCOMES : By the end of this week's material you will be able to: define what a fallacy is distinguish various kinds of fallacies understand the linguistic phenomena that give rise to fallacies identify various kinds of slippery slop fallacies where they occur identify various kinds of fallacies of equivocation where they occur OPTIONAL READING: If you want more examples or more detailed discussions of the fallacies that result from vaguness or ambiguity, we recommend Understanding Arguments, Ninth Edition, Chapters 13-14.

CONTENT: This week describes two of the most common fallacies that people make: ad hominem fallacies and appeals to authority. Part of what makes these fallacies so common, and so difficult to avoid, is that many ad hominem arguments, and many appeals to authority, are actually not fallacies at all! Only some of them are. And figuring out which of them are fallacies is more of an art than a science. There is no simple recipe, but there are some rules of thumb you can use. We hope that the practice that you get in this week will help you to improve your skills at distinguish the fallacious from the non-fallacious instances of ad hominem reasoning, as well as appeal to authority. LEARNING OUTCOMES: By the end of this section you will be able to: determine whether an ad hominem argument is a fallacy determine whether an appeal to authority is a fallacy OPTIONAL READING: If you want more examples or more detailed discussions of these topics, we recommend Understanding Arguments, Ninth Edition, Chapter 15.

Fallacies of Vacuity and Circularity

CONTENT: Now we will describe another common set of fallacies: fallacies that occur when an argument makes no progress from its premises to its conclusion. Sometimes, arguments make no progress because the conclusion is already contained in the premises. Sometimes, arguments make no progress because the conclusion is presupposed by the premises. And sometimes, arguments make no progress because the premises don’t make any claim at all, even if they might sound like they do. When you know how to identify such fallacies, you will find that they are more common than you think! LEARNING OUTCOMES: By the end of this section you will be able to: identify various kinds of circularity or vacuity where they occur OPTIONAL READING: If you want more examples or more detailed discussions of these topics, we recommend Understanding Arguments,Ninth Edition, Chapter 16.

Refutation: Its Varieties and PItfalls

This week gives you time to catch up and review, because we realize that the previous weeks include a great deal of challenging material. It will also be provide enough time to take the final quiz as often as you want, with different questions each time. We explain the answers in each exam so that you can learn more and do better when you try the exam again. You may take the quiz as many times as you want in order to learn more and do better, with different questions each time. You will be able to retake the quiz three times every eight hours. You might not need to take more than one version of the exam if you do well enough on your first try. That is up to you. However many versions you take, we hope that all of the exams will provide additional learning experiences.

When faced with a complex and ambiguous work environment, how do you, as a potential leader, envision the future? How can you deliver on your vision in a way that conveys meaning and drives positive change within your organisation? In this course you will explore how leaders can create [...]
Leading: Human Resource Management and Leadership Specialization
Brand Management
Communication
Motivation
Identity
Leadership
Coursera Plus
View more details
Course Auditing
Coursera
Macquarie University
Business
Management & Leadership
Beginner
5-12 Weeks
5-10 Hours/Week
39.00 EUR/month
English
Turkish
Spanish
Russian
Portuguese
Korean
Italian
German
French
English
Chinese
Arabic
Vietnamese
Udacity - Additional 25% OFF
More Deals: