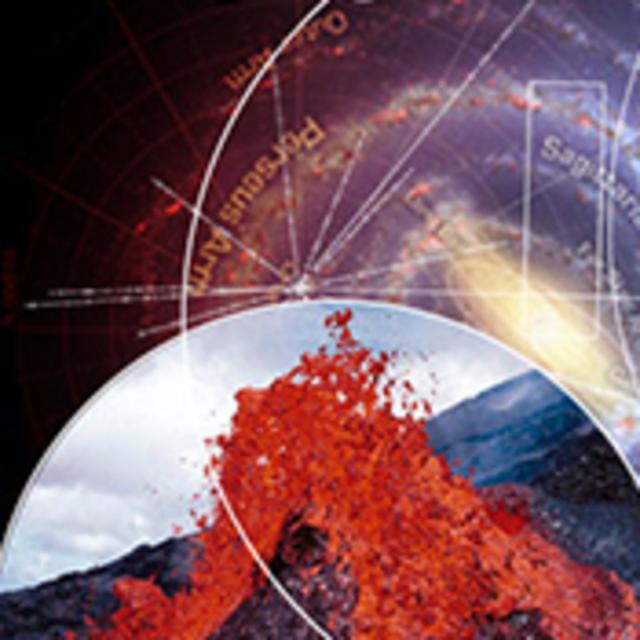 The Origins course tracks the origin of all things – from the Big Bang to the origin of the Solar System and the Earth. The course follows the evolution of life on our planet through deep geological time to present life forms.

Origin of the Elements, the Solar System and the Planets

In the first module of Origins Jim Connelly and Henning Haack go through the evolution that resulted in the Solar System with the planets that we know today. Jim will tell you about how the elements of the periodic table were formed. Without these elements there would be no Solar System, no planets and no life at all. We have added a couple of more videos that we hope you will also find interesting. One gives you an introduction to Geological time. Videos 1.7-1.9 deals with some of our most interesting meteorites from the collections at the Natural History Museum of Denmark. Much of the evidence for the theories presented in Module 1 has been obtained from meteorites.

The early Earth and origin of life

In this module we are going to have a look at our own planet, just after it formed. Emily Pope will introduce you to the most important geological principles and processes that characterize our Earth. This should make it easier for you to understand how we use geology to reconstruct the evolution of our planet and the life forms that inhabit it. With such tools in hand, Emily will take you on a tour back in deep geological time and tell you about the earliest evolution of our planet and the oldest evidence for life on Earth. We will also take you on a trip to Greenland where Minik Rosing will show the rocks in which he found the oldest evidence for life on Earth.

Origin of the microbial world / The Cambrian Explosion and Exceptional Preservation

In this module Jan Audun Rasmussen and Danny Eibye-Jacobsen will show you how life evolved during the first 4 billion years since the creation of the Earth. As you will see, it is very challenging to study the oldest life forms of our planet. During this enormous time span – which covers about 80% of the Earth’s history – microbial life slowly evolved to form a crucial component of the biosphere. Toward the end of the period the deepest foundations of the different groups of animals evolved. All of the life forms surrounding us today can be traced back to this time.

Transition from Microbial to Macrobial Life: Snowball Earth and the Ediacara Biota / Eukaryotic Evolution and the Phylogeny of All Life

In this module, we take a closer look at how the physical and biological conditions that made the Cambrian Explosion possible arose. In the first lectures Svend Stouge will tell you about the dramatic consequences of climate changes seen toward the end of the Precambrian. Geological evidence supports the idea that the Earth was completely covered in ice during periods that we, for obvious reasons, refer to as Snowball Earth. In the remaining lectures Martin Sørensen will tell you about one of the most significant building blocks of life on Earth – the cell – and how the early bacterial cells evolved and became capable of forming the huge variety of life that we see today. Martin Sørensen will also show how different evolutionary trends of cells resulted in six major organism groups, of which several gave rise to multicellular life.

In module 5, Arne Thorshøj Nielsen and Jan Audun Rasmussen will show you how the higher life forms, particularly the marine animals, evolved in the oceans, after the sudden appearance of a hard skeleton in many different animal groups during the Cambrian Explosion 540 My ago. You will be introduced to the changing major evolutionary faunas through time, and also see how clever strategies to kill or avoid being killed, major extinction events and many other factors controlled the evolution that eventually resulted in the modern marine faunas.

In module 6 Tais Wittchen Dahl will take a detailed look at one of the most important factors controlling the evolution of life - oxygen. In the previous lectures you have already heard that the oxygen levels have changed in the past. Tais will show you what the mechanisms behind changes in global oxygen levels are and what are the most important consequences. One of the amazing possible consequences was that during the Carboniferous, dragonflies had wing spans of up to 75 cms! Higher oxygen levels not only allowed for the evolution of higher life forms, it may also have limited the size of insects and predatory fish, and ultimately furthered the evolution of intelligent life. Without the increase in oxygen, it would be impossible for us to understand the lectures in this course!

In module 7, we will have a closer look at the biggest source of oxygen – the plants. Up till now we have heard a lot about the evolution of higher life forms in the oceans. While evolution took a giant step forward in the oceans, the continents remained totally barren for another approx. 100 million years. Vivi Vajda from the Lund University in Sweden and Gitte Petersen will tell you how the plants began to inhabit the terrestrial environment, thus paving the way for other life forms living on land. Land plants have managed to adapt to a very different environment, with new challenges and possibilities. Some of the early plants have survived as fossils – whereas others are still alive. Some of these living fossils will be presented in the videos. We will also have a close look at the biggest group of plants – which has evolved in close collaboration with insects, birds and even some mammals – the flowering plants.

The Evolution of Insects and their Role in Terrestrial Ecosystems

In module 8, Lars Vilhelmsen will take a close look at the insects which account for more than 50% of today’s biodiversity and biomass. Part of the story behind the success of the insects is their remarkable adaption to a wide range of environments. Insects mastered powered flight early in their evolution, and also developed highly specialized relationships with land plants almost from the start. Different insects feed on almost everything: various plant parts, nectar, blood from vertebrates, or other insects. Other remarkable types of specializations are found in social insects that act as a single organism, capable of performing highly complex tasks, such as farming.

In module 9, we will explore how vertebrates colonized dry land. Jesper Milàn will tell you about how this happened and give you examples of some of the first vertebrates that gradually adapted to a life on land. In the following lecture Gilles Cuny will tell you about how the early primitive vertebrates evolved into the highly diverse groups that we see today. He will show you many interesting examples of our distant relatives and discuss many of the processes, which we believe controlled their evolution and diversification. One of the important factors driving evolution is mass extinction events. Gilles will introduce you to the topic and Bent Lindow will give you a detailed look at mass extinction events. What were the causes, what happened and what were the consequences? Many questions remain unanswered but one thing is certain – mass extinctions have had a great impact on the evolution of life on Earth. Without mass extinctions life would have evolved in a completely different way and humans, like most other recent species, would not be here.

In module 10, we will tell you about two very different topics – recent climate changes and the molecular clock. Michael Houmark will tell you about the changes in global climate over the past 50 million years. During this period the warm temperatures in the Eocene were gradually replaced by the much lower, present day temperatures. Michael will show you how much better records of sea level, temperature, CO2, volcanic activity, and continental drift in the recent past allow us to piece together a detailed picture of these dramatic changes in Earth’s climate. Our records of recent climate change also allow us to better understand the processes controlling the climate on short, medium, and long time scales. Ole Seberg will tell you about the molecular clock. This is a new technique, which has significantly improved our understanding of the evolution of life on our planet. Looking at molecular data of present species, we can not only determine how closely the species are related to each other, we can also estimate the age of their common ancestors.

Finally, we have come to the evolution of the primates – the group to which humans belong. Bent Lindow tells you about the evolution of primates, leading up to the early humans. Bent will also introduce you to a web-based exercise called “The Human Animal”. In this exercise you will explore skulls of living as well as extinct hominids. Apart from the exercise itself the “Human animal” includes some background reading material and some interesting videos. Included is footage from the dissection of a dead chimpanzee from a Danish Zoo; do not watch this if you think it will make you uncomfortable. In order to do the exercise you need a computer with a mouse (since you need to measure distances in 3D between different parts of the skulls that you will be studying). It will not run on iPads and iPhones. Finally, Tom Gilbert will tell you about how the early modern humans (Homo sapiens) managed to colonize almost every land mass of our planet. Although many details of our own evolution still remain obscure, recent advances in genomics have given us a much better understanding of how extant humans colonized the entire planet after leaving their original home in Africa.

In the last set of lectures we will look at the modern biodiversity. There is an enormous difference between the biodiversity of different types of habitats on our planet – from the equator to the arctic, from deserts to rainforests, and from isolated islands like the Galapagos to large continents. Jon Fjeldså will take you on a trip around the planet and give you many interesting examples of these variations. He will explain how we can use them to get a better understanding of how evolution works.

This concludes the Origins course. Thank you for following it, we hope it has enhanced your understanding of how life evolved and diversified on our planet, and that it will inspire you to see natural phenomena in a new light.

Physical inactivity and sedentariness are “silent killers”. Do you feel like you spend too much time sitting? Do you feel like you would like to be more active? Are you unsure about how to incorporate physical activity into your daily life? We are here to help. Join us [...]
Physical Activity
Physical Inactivity
Health
Confidence
Personal Development
Coursera Plus
View more details
Course Auditing
Coursera
University of Edinburgh
Personal and Professional Development
Beginner
3 Weeks
12 hours total
39.00 EUR
English
Russian
English

This first course in this specialization is Exploring and Preparing your Data with BigQuery. Here we will see what the common challenges faced by data analysts are and how to solve them with the big data tools on Google Cloud Platform. You’ll pick up some SQL along the way [...]
Coursera Plus
SQL
Cloud Computing
Google Cloud Platform
BigQuery
From Data to Insights with Google Cloud Platform Specialization
View more details
Course Auditing
Coursera
Google Cloud
Data Science
Statistics & Data Analysis
Beginner
1 Week
13 hours total
39.00 EUR/month
English
English
Japanese