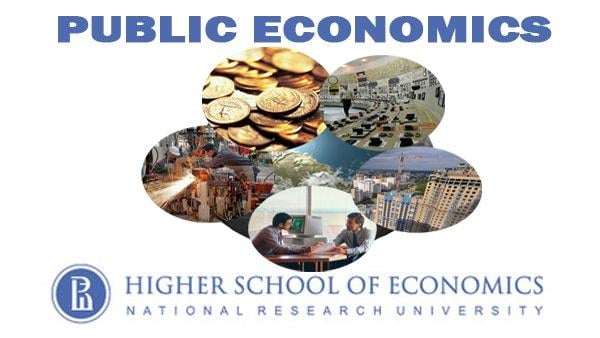 This course offers an introduction into the public economics theory. It does not aspire to cover theories of taxation, public expenditures, regulation etc. at length and in-depth. Rather, our ambition is to give a bird's-eye view of central themes of public economics and related disciplines, and teach concepts, logic, and ideas, rather than methods of analysis, which would require an entirely different course format. Our choice of topics covered by the course reflects a trade-off between salience and centrality, on the one hand, and suitability for a brief online introductory course, on the other.

The course content is neither comprehensive (which would be a "mission impossible" for virtually any public economics course"), nor representative of other such courses. With these limitations and caveats in mind, we encourage our students to continue their public economics studies in a more regular fashion, and see our role inter alia in motivating interest in such "continued education". The central theme of the course is the role of government as a mechanism of resource allocation which complements and augments markets. Governments are viewed as public agencies set to correct market failures. Such agencies however are prone to failures of their own, and hence markets and governments are two imperfect alternatives. We deal with government's limitations, with particular emphasis on those that have to do with informational asymmetry, limited administrative capacity, and imperfect accountability to society. Otherwise the course's man themes are economics of taxation, regulation, politics of public economics, incentives in government, and government vis-à-vis (civil) society.

Government in a Market Economy

In this lecture we discuss reasons calling for government presence in market economies. We stress key advantages of markets over governments which make privately taken decisions highly efficient in the absence of externalities. The latter significantly distorts the work of market mechanism and lead to inefficient outcomes. We consider possible solutions to this inefficiency which are based either on coasean agreements or on public coercion (governements) and discuss conditions, advantages, and disadvantages related to these solutions.

This lecture covers the positive and normative theories of taxation, ways and means to collect public revenues, and existing informational, administrative, political constraints governments have to deal with. We consider lump sum tax as first best option which implementation in practice, unfortunately, is severely restricted by informational asymmetry. Then follows a cursory introduction into one of the most beautiful (but also most technically complex) parts of public economics which characterizes optimal tax schedules minimizing welfare losses subject to information constraints; such analysis is carried out in the so-called Mirrlees economy. Another focal point of the lecture is the role of elasticity in selecting taxes and how the concept of elasticity can be applied to the analysis of time inconsistency in taxation.

In this lecture we discuss how governments perform their key functions such as public regulation and public service delivery using three cases. In the first case, we discuss alternative means to control externalities by considering situations when private firms could cause harm to third parties (employees, customers, local communities etc.). These means include (a) imposing mandatory requirements upon firms to take precautionary measures, (b) allowing damaged parties to sue firms in the court of law, and (c) leaving such incidents to Coase-style private solutions. In the second case, we compare two modalities of public service delivery, namely in-house, by government agencies, or through outsourcing to private sector firms. Finally, we discuss the phenomenon of regulatory capture when wealthy elites unnecessarily complicate and obstruct the entry into the formal sector.

This lecture begins with an analysis of how public economic policies differ from each other in democracies and autocracies. We next turn to politics of public economics in democracies and begin with the classical result about non-existence of a universal rule of democratic aggregation of preferences (Arrow's impossibility theorem). Then introduce so-called single-peaked preferences and discuss the role of median voter in collective decision making. Another problem occurs in polarized societies where even economically optimal democratic choice leaves people far to the left and/or far to the right from the median quite unhappy with a majority will. Possible solutions include restricting democratic procedures to smaller and hopefully more homogenous groups and charging user fees for a public good. We discuss the costs and benefits of these two approaches.

Working of the Government

In this lecture we discuss external and internal agency problems, i.e. relations between government (as an agent) and society (the principal) and between rank-and-file bureaucrats (the agents) and their bosses (the principals). We discuss ex ante and ex post accountability system in an external agency. Moving to the internal agency problem, we discuss how to create performance incentives within the bureaucracy including vertical monitoring and career concerns. The final episode of the lecture deals with selected topics of the economics of corruption.