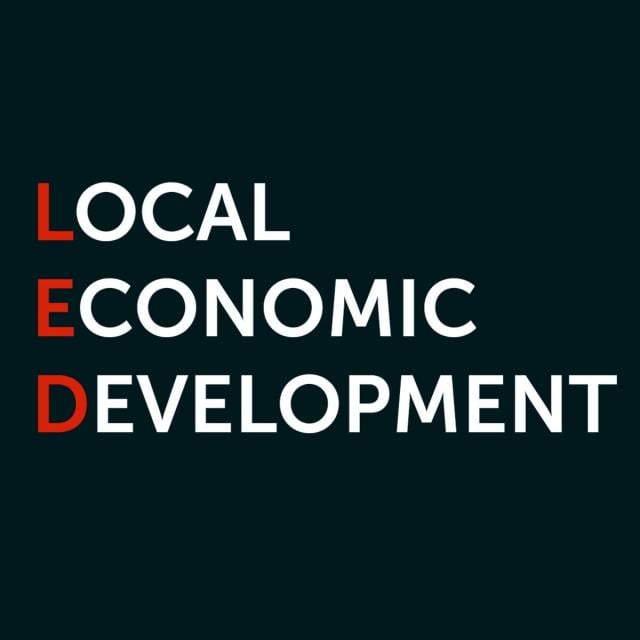 Welcome to this MOOC on Local Economic Development (LED). Local economic development refers to the processes by which local governments, businesses, and civil society groups get together to raise income sustainably and improve their lives in a well-defined area. It’s about creating jobs, securing livelihoods, improving infrastructure and managing local resources.

What do I learn?

We will be dealing with questions such as the following. Why does economic development take place in some areas of the world and not in others? Why doesn’t it happen in your place? What prevents people from having the lives they want to live right there? Could your region make more of the opportunities of globalization and new technologies? Did the promises of decentralization in your country fail to deliver better public services and more responsive governments? If these are the questions you are asking yourself, this is the right course for you. It explores the where, who and how of economic development.

Please have a look at our list of contents for the coming 8 weeks:

2. How does globalization shape LED?

3. How does decentralisation affect LED?

4. How does competitiveness affect innovation?

5. What are entrepreneurship and its dimensions?

6. Why are value chains and clusters so important?

7. What are some LED strategies?

How will I learn?

In each week you will be able to access the content of the videos, suggested readings and additional videos for selective deepening. You will also find assignments that you have to complete if you want to earn a certificate for this MOOC. We will first introduce our “toolkit”, a series of theories and concepts that will help you read the situation in your locality. We will explore the main factors affecting local economic development, such as globalization, decentralisation, and competitiveness. We will discuss key components, like entrepreneurship and innovation and look into the organization of local economies into clusters, value chains and learning regions. We will conclude by deepening on some specific constructs that make local economies grow to benefit their communities. You will also contribute your ideas in the discussion forums, where you will learn from other participants around the world.

What makes this course special?

This week introduces the “local” in economic development and explains why LED is a particular way of pursuing development. Video 1 reflects on why LED takes place in some areas and not in others. Video 2 identifies the main drivers of local economic development. The videos have been prepared by ISS Emeritus Professor Bert Helmsing.

In this week, you will appreciate the pressures and opportunities posed by globalization on the local level. Globalization is conceived as a phenomenon in two tiers. At one level, infinite flows of information, culture, trade, financial flows, and migrants seem to move in all directions around the planet. At another level, globalization is a much more identifiable phenomenon that occurs within closed networks of cities and regions, in which specific actors exchange goods, services, investments and knowledge. As a result, some regions are included and others are excluded. Video 1 addresses the first tier of globalization and defines it as the combination of four flows: trade, financial flows, migration of workers, and their integration in global value chains. This video is prepared by ISS Professor Irene van Staveren, and is part of the MOOC on Pluralistic Economics. You will get a feel of that MOOC too, which we recommend for those that want to deepen their knowledge on economics. Video 2 explores the second level of globalization and maps global networks of cities and regions. It discusses how being included or excluded in these networks affects local economic development. We called this video The Ties that Bind Us. It is offered by South African IHS Professor Ronald Wall.

In week 1 we identified four drivers that constrain and push local economic development and in week 2 we looked into globalization as one of them. In this week, Bert Helmsing will look into another driver, namely decentralization.

In this fourth week, the course elaborates on competitiveness, the third driver that affects local economic development. It discusses the factors that make firms competitive and the role of geography in promoting competitiveness.

In the first video Bert Helmsing defines competitiveness and explains how the concept has changed over time, leading to a greater recognition of the importance of space in shaping the competitiveness of firms. The second video discusses innovation, which goes hand in hand with competitiveness. It defines innovation, why it is important, and how to promote innovation in a local economy. The video is prepared by IHS Professor Jan Fransen, specialist on innovation and clusters. The third video introduces the relatively new concept of frugal innovation within the innovation family. Frugal innovations are simple, smart and affordable products, services and systems with low user complexity, high functionality, and high user value for relatively low-income people. The video features ISS Professor Peter Knorringa, director of the Centre for Frugal Innovation in Africa.

In week 5 the course looks into entrepreneurship as a key resource in local economic development. It pays attention mainly at small and medium entrepreneurs, which are normally 90% of the businesses in any region and those in the informal economy, which are 60% to 90% of the local economy in developing countries. This week is prepared by Argentine ISS Professor Georgina Gómez.

Businesses sometimes come together in the local economy and configure agglomerations in which suppliers, workers, competitors, and clients play a role. In the same territory we often find supporting organisations like banks, consultancies, and governmental agencies.

The first video, by IHS Professor Jan Fransen, introduces the concept of clusters and presents them as islands of creativity. It also lists some ideas to support the formation of clusters. The second video, by ISS Professor Peter Knorringa, expands the concept of clusters to stable networks where firms buy and sell products globally. We call these arrangements global value chains. The terms and conditions under which local entrepreneurs integrate global value chains are determined by how the value chain is organised and by whom. The third video, by IHS professor Jan Fransen introduces a third concept in the family learning regions, which expands on the other two and brings in elements from innovation (week 3). The video discusses the concept of a learning region as a precondition for local economic development.

The MOOC started by defining local economic development as local actors using local resources to enhance wellbeing in a territory. This week, with videos by ISS professor G. Gómez, poses the dilemma between development from below and development from above and covers some alternatives of LED strategies.

The first video gives you an overview of strategies to support LED and of the governance challenges involved in the interrelationships between actors in markets (businesses), state (governmental agencies) and communities (households and various civil society organisations). The second video presents a case of negotiated inclusion in which a farmers’ association in Nicaragua reorganized an agricultural cluster to integrate in the coffee global value chain. The third video discusses the informal economy and how the concept has lately evolved into our understanding of collective action and the social and solidarity economy. The fourth video presents a special case of the social economy in which governance systems and natural resources form social ecological systems. These have been known lately as the organization of the commons. 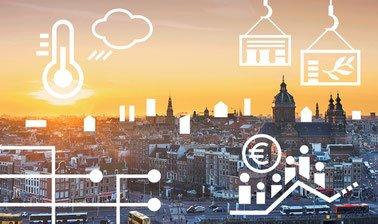