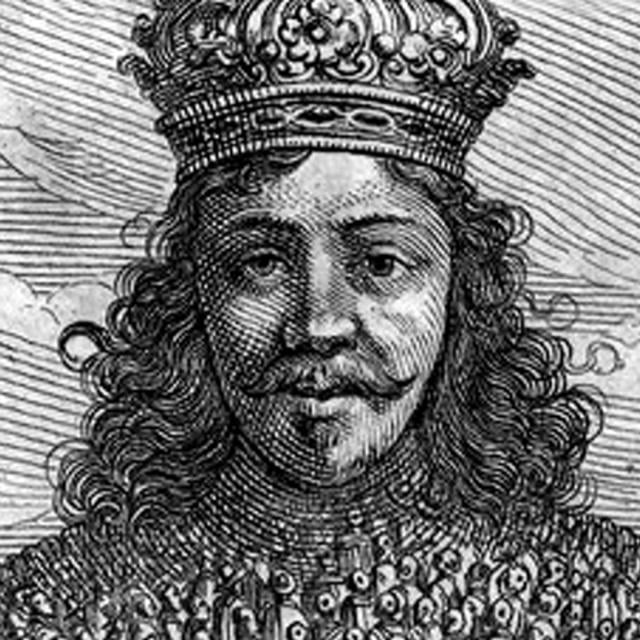 Introduction to Political Philosophy is primarily aimed at first- and second-year undergraduates interested in moral, political and social philosophy, along with high school students and professionals with an interest in humanities. The objective of the course is to familiarise the students with the main ideas and themes of Western Philosophy from the Ancient Greeks to the present day with a special focus on moral, social and political problems. The course also touches upon the ideas in metaphysics, ontology and religious philosophy, but only to extent that these conceptual areas illuminate moral and political issues. The course aims to broaden the students background to help prepare them for more advanced courses, including the second year course Modern Political Theory and third year course in International Political Theory.
Enroll in course

Man is born free and yet everywhere he is in chains. We cherish individual liberty, and yet we find our deepest values & commitments largely shaped by the societies into which we are born. We want to be happy, and yet apparently, we are unable to flourish outside of a well-ordered community of our fellow human beings. Such is the nature of human condition – our political nature – and therefore the fundamental problem of political philosophy.

Colleagues! Greetings and welcome to the course! My name is Alexander Koryagin, I am a Lecturer in Philosophy of Science & Political Theory at HSE. In the next 16 Lectures I will guide you through the most fundamental questions discussed by the foremost minds of the Western Political Philosophical Tradition.

We shall begin from the foundation of our discipline in Plato & Aristotle, with their emphasis on the flourishing of human excellence in well-constituted poleis.

We shall then continue through the Enlightenment optimism of Hobbes & Rousseau, the strength of the Nation derived only from the free & eager consent of the Citizens, the free consent to the rational laws.

Finally, we shall arrive at the anxiety and the suspicion of the Modern Critical Tradition of Marx, Nietzsche, Foucault – their unmasking of the ideological indoctrination, of the progressive exploitation, of alienation and of ultimate potential self-destruction of humanity enslaved by the structural pursuit of efficiency for the sake of efficiency.

Some of the questions that we shall discuss in our course are:

- to what extent: societies enable, or restrict our individual flourishing?

- are we in control of our destiny, or is human nature merely a product, of larger structural forces of Biological & Cultural Evolution?

- are we progressing, towards a more enlightened society; or towards self-destruction?

- what should be the balance between reform (maybe even revolution); and conservatism?

Why study Political Philosophy? In many ways, a strange question!..

Is the unexamined life worthy of a human being?

“What are we? Where do we come from? What does the future hold? And what can we do about it, individually and collectively?”

Colleagues, let me invite you into the dialogue, to examine these fundamental questions in the company of the greatest minds of the Western Philosophical tradition.

The Sophistic Challenge: Autonomy and Legitimacy

What is Political Philosophy? The beginning of Western Political Thought with the Ancient Greek Sophists. The challenge to the traditional view of justice. Thucydides and the roots of political realism. Sophists and the problem of relativism; nature and convention (physis and nomos).

Socrates and Plato. Socrates as an Ideal Philosopher. Plato's Republic, it's place among other dialogues and its significance. Was Plato a Skeptic? Socratic paradoxes and Elenchus; the trial of Socrates; Socrates and Athenian Democracy; Virtue (Arete). Hoi nomoi and hoi poloi. Forms and the Good itself; being and becoming. Allegory of the cave; the structure of the Kallipolis, the city and the soul (appetitive, spirited, rational parts), specialisation, philosopher kings, challenge of Thrasymachus and the ring of Gyges, myth of the afterlife, eugenics, censorship, gender, private life and private property, noble lie.

Aristotle's Ethics and Politics: Man's Political Nature. Aristotle’s teleological metaphysics and his view of the man as a political animal. Aristotle as a critic of Plato. Episteme, tekhne and phronesis; human nature, zoon politikon; the Golden mean; megalopsychos, virtue ethics and habits; slavery; typology of the six types of political constitution.

The Hellenistic Schools: Epicureans and Skeptics

Epicurean hedonism and its political implications; Pyrrhonian ethics of ataraxia.

The Natural Law: Pro and Contra

Locke on the state of nature and the limited government; natural equality, executive power of the law of nature, express and tacit consent, liberty vs licence, labour-mixing, private property, political vs patriarchal power, religious toleration, right of revolution.

Rousseau: The General Will

Rousseau critique of the state of nature and of the social contract theories; man’s natural innocence, the corruption of society and the possibility of redemption through the general will. Conjectural history, pitié, perfectibilié, amour de soi-même, amour proper, general will, the lawgiver, censorship and civic religion.

Kant’s Copernican Revolution, transcendental idealism, synthetic a priori. The categorical imperative, autonomy of the will. Was ist Aufklärung? Enlightenment as emergence from self-imposed immaturity. Rebellion and Revolution. Perpetual peace and the Right of Nations; cosmopolitan right.

Mill: the tyranny of the majority, higher pleasures, harm principle, critique of natural rights, the subjection of women; defence of free speech.

Marx: Free Development of Each

Marx’ critique of Capitalism; the problem of Alienation; man’s social nature, Gattungswesen, political and human emancipation. Historical (dialectical) materialism: base and superstructure, forces, relations and modes of production; commodity fetishism, ideology. The nature and the possibility of Communism. Engel’s contribution to Marxism.

Nietzsche: Beyond Good and Evil

The genealogical approach. Good and bad vs good and evil; slave and master morality; bad conscience and the ascetic ideal; Nihilism. Eternal recurrence, the Übermensch, Ressentiment, will to power. God is dead.

Foucault: history of systems of thought; discourse and normalising judgement; power/knowledge; panopticon; sovereign, disciplinary and bio-power (governmentality); hermeneutics of the subject and care for the self.

Ideal types; Verstehen; types of action and types of authority; protestant ethic and the spirit of capitalism; elective affinity; disenchantment and rationalisation. Communicative rationality and the public use of reason; facts and norms.

Physical inactivity and sedentariness are “silent killers”. Do you feel like you spend too much time sitting? Do you feel like you would like to be more active? Are you unsure about how to incorporate physical activity into your daily life? We are here to help. Join us [...]
Physical Activity
Physical Inactivity
Health
Confidence
Personal Development
Coursera Plus
View more details
Course Auditing
Coursera
University of Edinburgh
Personal and Professional Development
Beginner
3 Weeks
1-4 Hours/Week
41.00 EUR
English
Arabic
French
Portuguese
Czech
Italian
Vietnamese
Dutch
German
Russian
English
Spanish
Hungarian
Udacity
Additional 35% OFF
More Deals: