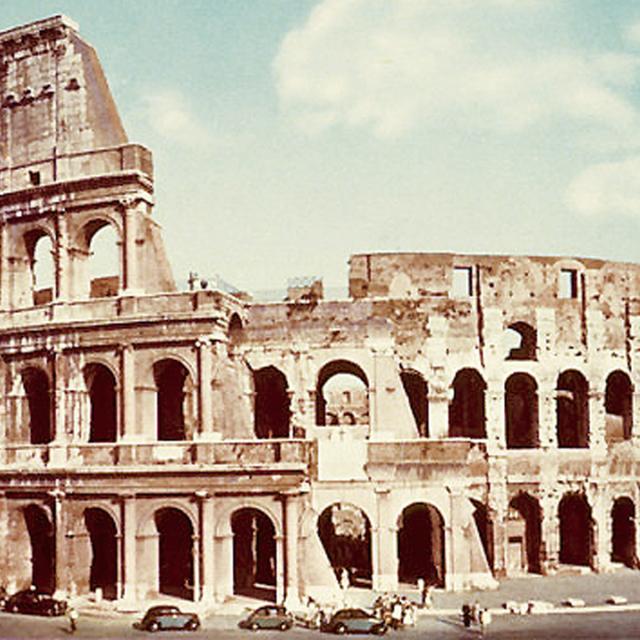 The objective of this course is to provide an overview of the culture of ancient Rome beginning about 1000 BCE and ending with the so-called "Fall of Rome". We will look at some of the key people who played a role in Rome, from the time of the kings through the Roman Republic and the Roman Empire. We will also focus on the city of Rome itself, as well as Rome's expansion through Italy, the Mediterranean, and beyond.

Introduction to 'Roman Art and Archaeology'

Here you can find all of the introductory information, course syllabus, and helpful resources.

In the Early Iron Age (ca. 1000 BCE), civilization in Italy was rather simple. The most sophisticated cultures in the peninsula were not the Romans at all, but rather groups to the north of Rome who have come to be called The Villanovans, who exploited the metal resources of northern Italy even before the officially noted founding of Rome. Later the Etruscans would appear (ca. 800 BCE), Rome's first great rivals. The Etruscans were a loose confederation of city-states north of Rome who even expanded into Rome and further south, as far as Pompeii. The Etruscans are particularly noted for their magnificent art, in particular the glorious painted tombs of Tarquinia.

Having thrown off the Etruscans in 509 BCE., Rome emerged as independent Latin community that quickly became known for its disciplined army and militaristic intentions. As the Romans expanded throughout the Mediterranean, it came into contact with various cultures, all who had an influence on the young power, especially Greek culture, art, and architecture. By the end of this period Rome may have grown to a million people. The first century BCE. was a time of amazing development in many fields of artistic endeavor, but it was also a time of civil unrest as soldiers became more loyal to their commanders than to the state. Leaders such as Sulla, Marius, Julius Caesar, Mark Antony and others took advantage of this turmoil, which culminated with the powerful influence of the decadent Egyptian charmer Cleopatra and the emergence of Octavian.

Augustus - formerly known as Octavian - set the tone for the next major phase of Rome: the Roman empire. His family-related successors, the Julio-Claudians, would continue his rule. Yet none of his successors had the charisma or vision of Augustus himself, and some such as Caligula and Nero have become synonymous with profligacy and decadence of an extreme nature. By the year 69 CE. Rome was in chaos. But the emperor Vespasian restored order and dignity - not to mention humility - to the office, and instituted his own dynasty, the Flavians. Unfortunately, Vespasian's second son, Domitian, brought his Flavian dynasty to an end through dreadful administration. Domitian was murdered in 96 CE.

Rome is said to have reached its zenith in security and expansion during the period of the "Five Good Emperors" (96 to 180 CE.). The time of Trajan (98 to 117 CE.) was a particular epoch of conquest and building, highlighted by the construction of Trajan's Markets and enormous Forum, the ruins of which still dominate the center of Rome. Trajan's successor, Hadrian, was a horse of a different color. He was himself an architect obsessed with circles, squares, spheres, and cubes. And his fondness for Greek art bordered on manic.

What does it mean to talk about the fall of Rome? The far-flung empire collapsed in varying degrees in different places at different times. In the fourth century enormous earthquakes caused such devastation that in the Roman east the whole fabric of ancient religious belief was called into question. In central Italy along the Tiber River an epidemic of malaria, a virulent new-mutated strain from North Africa, left many dead. The legacy of Rome, however, continued into the Carolingian and Byzantine empires. And yet the city of Rome underwent a major revival in the later Middle Ages, continuing through the Renaissance, Baroque, Rococo and Romantic Periods, playing a major role in the foundation of our own country.