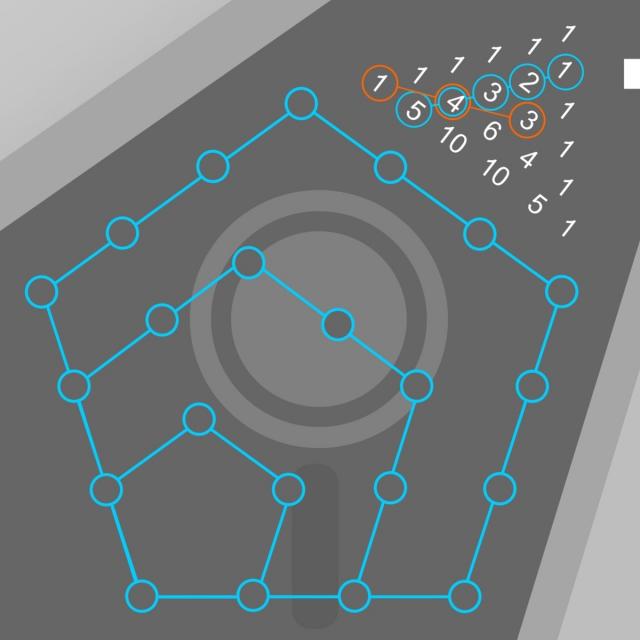 Enumerative combinatorics deals with finite sets and their cardinalities. In other words, a typical problem of enumerative combinatorics is to find the number of ways a certain pattern can be formed. In the first part of our course we will be dealing with elementary combinatorial objects and notions: permutations, combinations, compositions, Fibonacci and Catalan numbers etc. In the second part of the course we introduce the notion of generating functions and use it to study recurrence relations and partition numbers.
Enroll in course

The course is mostly self-contained. However, some acquaintance with basic linear algebra and analysis (including Taylor series expansion) may be very helpful.

In the first part of this lecture we will see more applications of binomial coefficients, in particular, their appearance in counting multisets. The second part is devoted to the principle of inclusion and exclusion: a technique which allows us to find the number of elements in the union of several sets, given the cardinalities of all of their intersections. We discuss its applications to various combinatorial problem, including the computation of the number of permutations without fixed points (the derangement problem).

We start with a well-known "rabbit problem", which dates back to Fibonacci. Using the Fibonacci sequence as our main example, we discuss a general method of solving linear recurrences with constant coefficients.

A nonlinear recurrence: many faces of Catalan numbers

In this lecture we introduce Catalan numbers and discuss several ways to define them: via triangulations of a polygon, Dyck paths and binary trees. We also prove an explicit formula for Catalan numbers.

In this lecture we discuss further properties of formal power series. In particular, we prove an analogue of the binomial theorem for an arbitrary rational exponent. We apply this technique to computing the generating function of the sequence of Catalan numbers.

Our final lecture is devoted to the so-called "q-analogues" of various combinatorial notions and identities. As a general principle, we replace identities with numbers by identities with polynomials in a certain variable, usually denoted by q, that return the original statement as q tends to 1. This approach turns out to be extremely useful in various branches of mathematics, from number theory to representation theory.