Stacia Spencer is a senior lecturer in string pedagogy at Northwestern University Bienen School of Music and string coordinator for the Northwestern Music Academy. She also has been on the faculty of the Northwestern National High School Music Institute teaching violin, viola and chamber music. Prior to moving to the Chicago area, Ms. Spencer was an assistant professor of music at Indiana University School of Music, where she taught classes in violin and viola pedagogy and was the assistant to Mimi Zweig at the IU String Academy. Ms. Spencer has a special interest in contemporary music, working with composers and performing new pieces. An eclectic musician and performer, she has been a vocalist and jazz singer in the Jon Eaton Pocket Opera Company in Chicago and New York. As a singer and electric violist she has also performed and recorded in the rock genre and was the singer and co-songwriter for the band Eggs @ 8:14. Ms. Spencer is a founding artist and co-creator of NON:op, an experimental, mulit-arts, non opera collective that produces site-specific works for non-traditional venues. She received her bachelors and masters degrees in viola from Indiana University School of Music, where she studied with Mimi Zweig, Kim Kashkashian and George Janzer. Ms. Spencer’s students have won many competitions and have been featured on “From the Top." They also participate in their school orchestras as well as the Chicago Youth Orchestras and the Midwest Young Artists Orchestras. 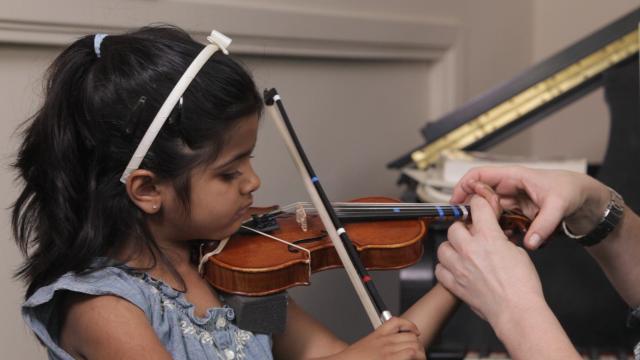