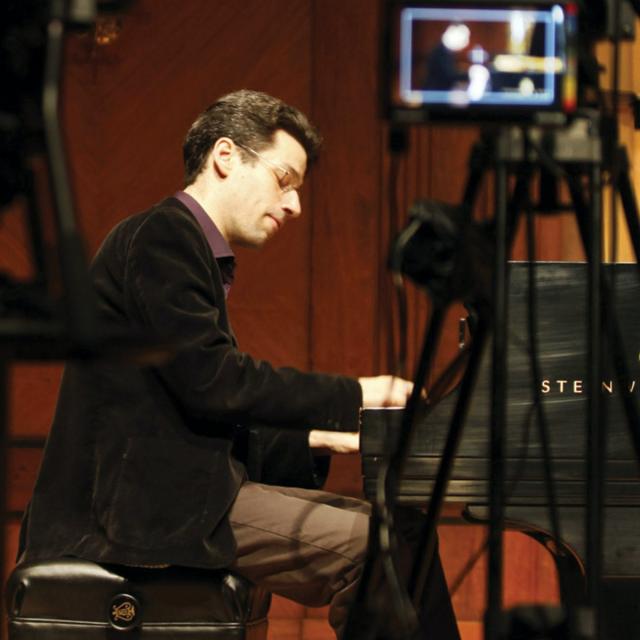 Our relationship to Beethoven is a deep and paradoxical one. For many musicians, he represents a kind of holy grail: His music has an intensity, rigor, and profundity which keep us in its thrall, and it is perhaps unequalled in the interpretive, technical, and even spiritual challenges it poses to performers. At the same time, Beethoven’s music is casually familiar to millions of people who do not attend concerts or consider themselves musically inclined. Two hundred years after his death, he is everywhere in the culture, yet still represents its summit. This course takes an inside-out look at the 32 piano sonatas from the point of view of a performer.
Enroll in course

Each lecture will focus on one sonata and an aspect of Beethoven’s music exemplified by it. (These might include: the relationship between Beethoven the pianist and Beethoven the composer; the critical role improvisation plays in his highly structured music; his mixing of extremely refined music with rougher elements; and the often surprising ways in which the events of his life influenced his compositional process and the character of the music he was writing.) The course will feature some analysis and historical background, but its perspective is that of a player, not a musicologist. Its main aim is to explore and demystify the work of the performer, even while embracing the eternal mystery of Beethoven’s music itself.

This season's Curtis courses are sponsored by Linda Richardson in loving memory of her husband, Dr. Paul Richardson.

We’re happy that you’ve joined us! The items you see here will enable you to get the most out of this course. Please note that many of the items have been updated to reflect the addition of Jonathan’s newest lectures.

To examine the relationship Beethoven had with the piano sonata, we begin by looking at its origins. In this lecture, we will discuss the role of music generally, and of the sonata specifically, in the time of Haydn and Mozart. This lecture will also provide an introduction to the form of the sonata—to the psychological effect sonata structure has on the listener. This background will be necessary to appreciate the innovations Beethoven introduces.

Beethoven’s work has traditionally been divided into three or four periods. This is problematic, for various reasons, but the first 13 of the 32 sonatas do, in a sense, form a unit. This lecture will focus on Sonata No. 4, Op. 7, which is the largest and altogether one of the most impressive of the early works.

Beethoven’s conception of the sonata was perpetually in flux, but the year 1801 is a particularly experimental one. The four sonatas Op. 26 through 28 (Nos. 14 through 17, chronologically) feature the most concrete innovations among the sonatas written up to that point, and are the focus of this lecture. There will be discussion of the relationship between the movements in a classical sonata, and the radical shift it begins to undergo at this point. We will also examine the ways in which these sonatas were influential to future generations of composers, which the earlier works, great as they are, were not.

As a special feature for this lecture, a recording by a current Curtis student of the first movement of Op. 28 will be available on Curtis Performs.

From 1793 until 1809, Beethoven composed at a steady pace. But for the next several years, he stalled dramatically, as he dealt with the onset of his deafness, severely trying personal circumstances, and the struggle to find what would become his late style, which to a remarkable degree involved the total reinvention of his musical language. This lecture examines the intersection of these three issues, and of his life and music more generally. Works discussed come from this comparatively fallow period and will include the Fantasy, Op. 77, which exemplifies the vital role improvisation played in all of Beethoven’s music, and the Sonatas Op. 78, and 81a, the “Lebewohl.” The last of these is one of Beethoven’s only serious experiments with program music, which made it an important reference point for many 19th-century composers. Another topic will be the ways in which the works of this period seem to manipulate time, which was always one of Beethoven’s key fascinations, and becomes ever more critical moving into the late period.

For this lecture, the focus will be on the Sonata Op. 109, the first of the final three, in which Beethoven’s decades-long grappling with the form comes to its astonishing conclusion. We will also look back at the early period—the Sonata Op. 10, No. 1 (the seventh he wrote) in particular—for the purposes of “zooming out,” and examining the evolution that took place in the interim: an evolution not just of form, but of style, of musical language, of Beethoven’s conception of the role of music. This lecture will also include a discussion of Beethoven’s legacy—specifically, of the way in which his music came to represent simultaneously the highest possible aspiration and the most insurmountable problem for generations of composers who followed him.

This lecture delves into two of the early sonatas: the F minor, Op. 2, No. 1 (the first of the 32), and the F Major, Op. 10, No. 2. Unlike “The First Thirteen” lecture, which was nominally about the Sonata Op. 7 but sought to address the early period in general, this lecture focuses on the specific characteristics that make each of these works unique; one is predominantly a dramatic piece, whereas the other is highly comic. The lecture is also about Beethoven’s complex relationship with the musical past—how he used it as an inspiration even as he tried to leave it behind.

The topic of this lecture is the Sonata Op. 57, commonly known as the "Appassionata"—one of Beethoven’s most iconic works. The sonata’s unusual (for Beethoven) and unrelenting emotional trajectory is a major topic, as is his use of a surprising chord as a sort of "idée fixe," helping to unify the work and drive home its extraordinary character. Another critical topic is the way in which the "Appassionata" exemplifies Beethoven’s unsurpassed resourcefulness—how he can use the slightest of materials to create a vast canvas.

This lecture explores the Sonata Op. 101, commonly thought to be the first sonata that belongs to the late period. Major topics include the first movement’s unusual harmonic instability, and the way in which this becomes a source of the music’s character; the way in which the sonata’s scope expands as it goes along, which helps clarify its status as a late period work, and the sonata’s great influence on later composers, Schumann and Mendelssohn in particular.

The Learning Library contains supplementary resources to help you during and after this course: lesson notes, suggested readings, and links to streaming audio files for most of the sonatas explored in the course.

Please share your experience by taking a few minutes to complete a feedback survey.

Check back here for news and events! 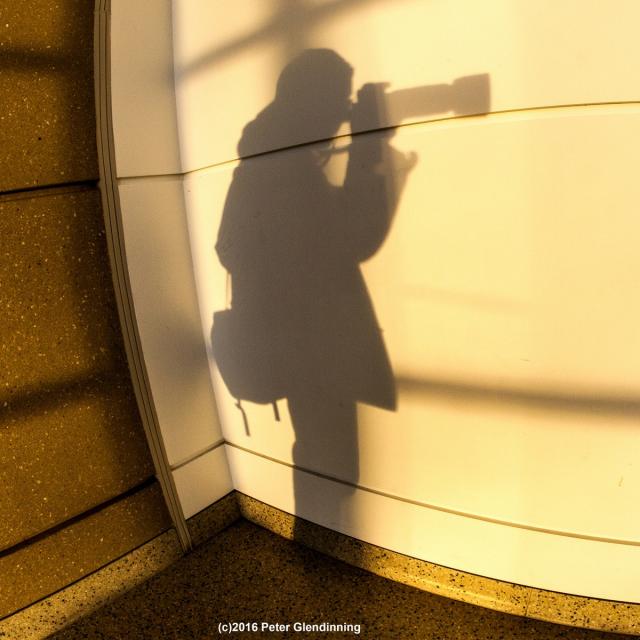 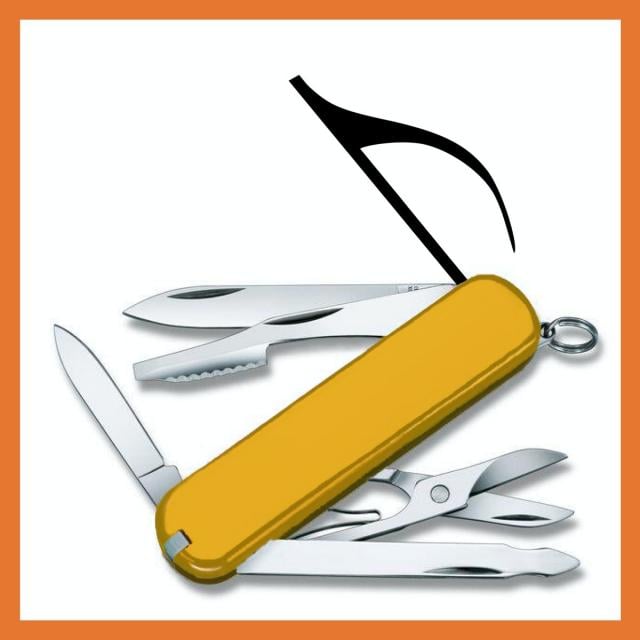 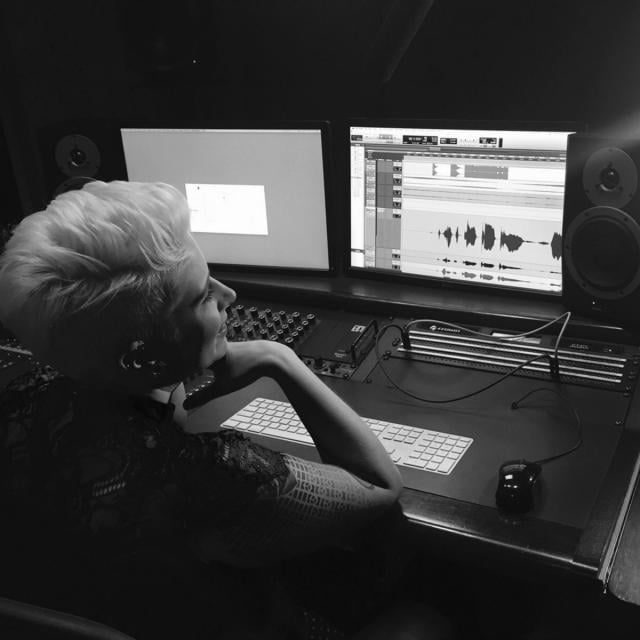 Producing music is an incredibly creative process, and knowing the tools of the trade is essential in order to transmit the musical ideas in your head into the DAW in a creative and uninhibited way. Whether you have used a computer to create music before, or you have [...]
The Business of Music Production Specialization
Music Production Specialization
The DIY Musician Specialization
Pro Tools
Music
Music Production
DAW
MIDI
Software Instruments
Recording
Audio
Mixing
Mastering
Coursera Plus
View more details
Course Auditing
Coursera
Berklee College of Music
Music, Film & Audio
Art and Culture
Mixed
4 Weeks
1-4 Hours/Week
32.00 EUR/month
English
English 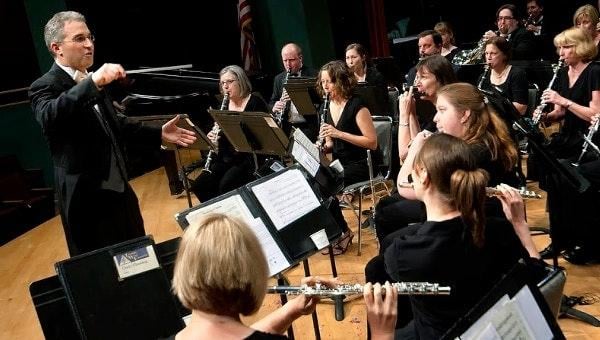 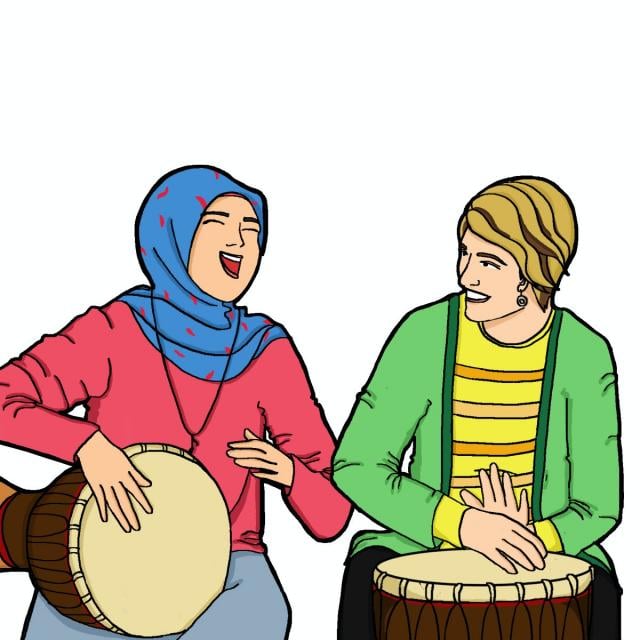