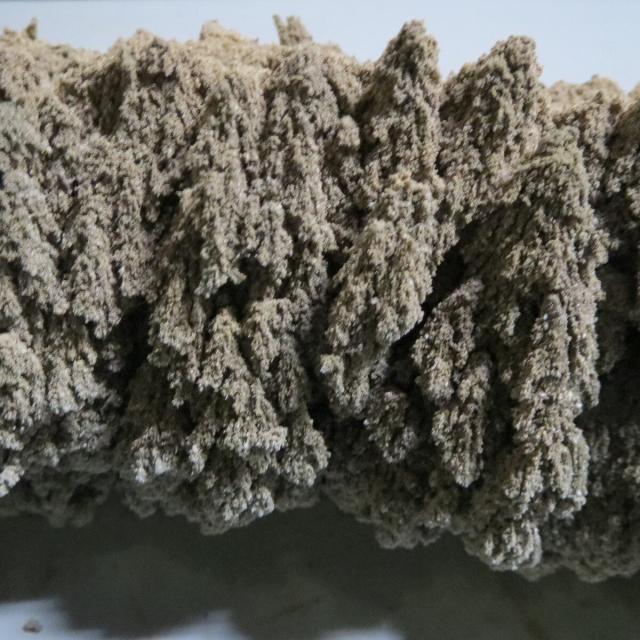 The basic idea behind this MOOC, is to present recent data on fuel characterization, slagging, fouling, corrosion, and trace element transformations, in a course that can be readily provided for students and industry people. This ensures understanding and application of the research, and provides the students and industry with a forum for discussion of the very latest research results, as well as feedback from industry to the research group at DTU, on important new research subjects in the field.
Enroll in course

The specific aim of the MOOC, is that students will be able to;

Explain basic physical and chemical differences between solid fuels like coal, biomass, waste etc., be able to characterize solid fuels, and to interpret fuel analyses of them

Describe chemically and physically, how critical ash-forming elements are released to the gas phase, the mechanisms for formation of aerosols and fly ash particles, and explain how ash is transported from bulk gas to heat transfer surfaces

Quantify the processes of deposit build-up, sintering and shedding

Can calculate viscosities as a function of temperature and composition, temperature profiles in a deposit, rates of deposit build-up and sintering, as well as porosity changes vs. time.

- Explain basic physical and chemical differences between solid fuels like coal, biomass, waste etc., and interpret fuel analyses of them

- Quantify the processes of deposit build-up, sintering and shedding

Brief MOOC Introduction and Incitement for Following This

This module will introduce the basic content of the course to the student.

Fuel and Ash Chemistry and Characterization

Module 2 (Fuel and Ash Chemistry and Characterization) is subdivided into 7 lessons, dealing with fuel and ash characterization, and is meant as an introduction to different techniques, applied to characterize fuels or ash samples. Both simple techniques like proximate and ultimate analyses, but also advanced techniques like Simultaneous Thermal Analysis (STA) analysis of ash fusion and Scanning Electron Microcospy (SEM), are introduced. There is also included an introduction to online fuel databases.

Formation of Fly Ash and Aerosols

As soon as the critical ash-forming elements have been released to the gas, formation of fly ash and aerosols begin, which is the subject of Module 4 (Formation of Fly Ash and Aerosols). This module is subdivided into 5 lessons, introducing both fundamental and detailed physical aspects of residual fly ash formation, as well as formation of and harmful health effects of combustion-derived aerosols. Finally, there is a thorough introduction to the pioneering Danish full.scale aerosol formation studies at Haslev respectively Slagelse CHP.

Transport and Adhesion of Ash Particles

Next natural step in the chain of events leading to troublesome deposit formation is the transport and adhesion of ash species (gases, aerosols and particles), which is the subject of Module 5 (Transport and Adhesion of Ash Particles), thoroughly addressing both important transport mechanisms like diffusion, thermophoresis and inertial impaction, as well as mechanisms of adhesion and different criteria for sticking of ash species.

As soon as the ash species stick to the surface of the deposit, a build-up, consolidation and shedding of deposit begins. These are extremely complex, interaction phenomena, involving both physical and chemical aspects. This is the subject of Module 6 (Deposit Build-Up, Consolidation and Shedding), which also covers practical experiences in performing deposit measurements in full-scale.

One of the consequences of deposit formation is the possible chemical interaction between the deposit and the heat transfer tube, better known as corrosion, which is outlined in Module 7 (High-Temperature Cl-Corrosion), based on several years of research in this field at our Department at DTU. Aspects of corrosion underneath deposits formed in biomass- as well as waste-fired units are covered in details.

Use of additives to Minimize Deposit Formation and High-Temperature Corrosion

There are a number of ways to minimize corrosion, aerosol and ash deposit formation in boilers, one of them being the use of additives to affect the chemistry in the freeboard of the boiler, thereby minimizing e.g. the concentration of Cl in the inner layers of the deposit, or, minimizing the mass loading of aerosols and thereby the environmental impact of these. This has for years been a major research activity at DTU and Module 8 (Use of additives to Minimize Deposit Formation and High-Temperature Corrosion) therefore deals with the application of additives, both the classical Al-Si- and the more sophisticated S-based additives.

Finally, Module 9 (Danish Case-Studies on Ash and Deposit Formation) in this MOOC deals with Danish case studies of ash and deposit formation in utility boilers. The module covers three classical cases from dedicated straw-fired grate units: the Haslev/Slagelse, Rudkøbing and Masnedø CHPs. After this, an introduction to the MKS1 demoprogramme on co-firing of coal and straw in pc-fired units follow, this campaign marked a progressive step toward the ultimative shift from pure biomass-firing in grate units, to biodust-firing in pf-units. The last two lessons in this module covers biodust-firing at the Avedøre Power Station, with special focus on aerosol and deposit formation and chemistry, with and without the use of coal fly ash as an additive.