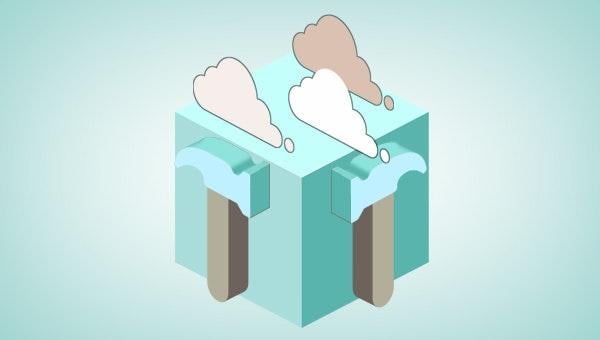 Welcome to the Cloud Computing Applications course, the first part of a two-course series designed to give you a comprehensive view on the world of Cloud Computing and Big Data! In this first course we cover a multitude of technologies that comprise the modern concept of cloud computing. Cloud computing is an information technology revolution that has just started to impact many enterprise computing systems in major ways, and it will change the face of computing in the years to come.
Enroll in course

We start the first week by introducing some major concepts in cloud computing, the economics foundations of it and we introduce the concept of big data. We also cover the concept of software defined architectures, and how virtualization results in cloud infrastructure and how cloud service providers organize their offerings. In week two, we cover virtualization and containers with deeper focus, including lectures on Docker, JVM and Kubernates. We finish up week two by comparing the infrastructure as a service offering by the big three: Amazon, Google and Microsoft.

Week three moves to higher level of cloud offering, including platform as a service, mobile backend as a service and even serverless architectures. We also talk about some of the cloud middleware technologies that are fundamental to cloud based applications such as RPC and REST, JSON and load balancing. Week three also covers metal as a service (MaaS), where physical machines are provisioned in a cloud environment.

Course 3 of 6 in the Cloud Computing Specialization.

Welcome to the first module of the course! In this module, we will introduce the concept of cloud computing and the economical foundations that make cloud computing make sense. We then introduce some fundamental concepts including software defined architectures and cloud services. We end the module by introducing you to the low level cloud computing service offered, infrastructure as a service.

Welcome to the second module! Here, we cover virtualization and containers with deeper focus, including lectures on Docker, JVM and Kubernates. We finish up week two by comparing the infrastructure as a service offering by the big three: Amazon, Google and Microsoft.

Welcome to the third module, where we introduce Metal as a Service (provision real hardware in the cloud), Platform as a Service (provide a platform to run user code on) and Web Middleware as the glue technology that empowers cloud computing.

Welcome to the last and final module of the cloud computing course! So far we have covered various methods of running certain computations on the cloud. Now it's time to focus on data storage in the clouds. In this module, we introduce big data and cloud file systems such as HDFS and Ceph, cloud object stores such has Open Stack Swift or Amazon S3, virtualized block storage devices such as Amazon EBS and archival storage options like the Amazon Glacier. Finally, we conclude the module with introducing the DropBox cloud API that enables developers to quickly integrate cloud storage options in their applications.

You will find out where to go next after completing this course and be able to share any thoughts you have on this course experience.