Marnie Blewitt completed her undergraduate studies at The University of Sydney, with a double major of Molecular Biology and Genetics. She continued at the University for her honours and PhD studies, working with Prof. Emma Whitelaw on mammalian epigenetics – the control of gene expression. During her PhD, she designed and developed a screen to find novel genes with a function in epigenetics; a challenging project for which she was awarded the Genetics Society of Australia DG Catcheside prize for the best PhD in Genetics. Marnie moved to Melbourne at the end of 2005 to take up a Peter Doherty Post-doctoral fellowship with Prof. Douglas Hilton at The Walter and Eliza Hall Institute. Here, she has worked on one of the genes identified in her PhD, identifying a critical role for this gene in a process known as X inactivation. X inactivation is a process which occurs specifically in female mammals, to make the dose of genes on the X chromosome equivalent between females with 2 X chromosomes and males with just one. The work above also earned her the Australian Academy of Science Ruth Stephens Gani medal in 2009, and the L’Oreal Australia Women in Science fellowship 2009. Marnie has now established her own group at The Walter and Eliza Hall Institute as an Australian Research Council Queen Elizabeth II fellow, working on the molecular mechanisms behind epigenetic control of gene expression. 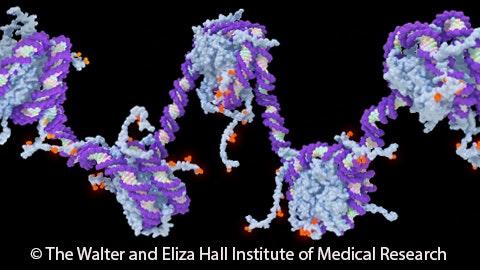 While the human genome sequence has transformed our understanding of human biology, it isn’t just the sequence of your DNA that matters, but also how you use it! How are some genes activated and others are silenced? How is this controlled? The answer is epigenetics.
Cancer Epigenetics
Molecular Biology
Cancer
Biology
Gene Expression
Genetics
Chromosomes
RNA
DNA
Epigenetics
DNA Methylation
Coursera Plus
View more details
Course Auditing
Coursera
University of Melbourne
Sci: Biology & Life Sciences
Medicine & Pharmacology
Mixed
5-12 Weeks
1-4 Hours/Week
40.00 EUR
English
English
Coursera
$100 off Coursera Plus
More Deals: