Herman Russchenberg is engaged in intensive and extensive research into the causes of climate change. His own research involves investigating the role played by clouds and dust particles in the atmosphere, but he is also head of the TU Delft Climate Institute, established in March 2012 to bring together TU Delft researchers working on all aspects of climate and climate change. Russchenberg started out in the faculty of Electrical Engineering, conducting research into the influence of the atmosphere (rain, clouds) on satellite signals. After obtaining his PhD in 1992, he shifted his attention to the physics of water vapour, water droplets, dust particles, sunlight, radiation and emissions in the atmosphere. He is now based in the faculty of Civil Engineering and Geosciences.
More info: http://homepages.ipact.nl/~russchenberg/ 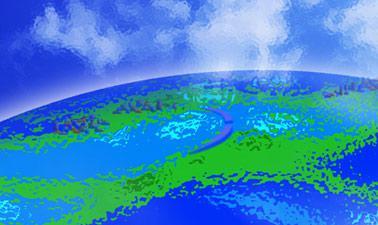