Eric Lander is the founding director and serves as a core member of the Broad Institute of MIT and Harvard. One of the principal leaders of the Human Genome Project, he and his colleagues have a long-standing interest in applying genomics to understand the molecular basis of human physiology and disease.
Over the past 15 years, Lander and his colleagues have created many of the key tools of human genomics and have applied these tools to pioneer new ways to understand the basis of diseases, including cancer, diabetes, and inflammatory diseases. The work includes mapping and sequencing of the human, mouse, and other genomes; understanding the functional elements encoded in genomes through comparative analysis; understanding the genetic variation in the human population and its relationship to disease susceptibility; understanding the distinctive cellular signatures of diseases and of response to drugs; understanding gene regulation; and understanding the mutations underlying cancer.
Lander was an assistant and associate professor of managerial economics at the Harvard Business School from 1981 to 1990. He has been on the MIT faculty since 1989 and the Harvard faculty since 2004. He is currently a professor of biology at MIT and professor of systems biology at Harvard Medical School. In 1990, he founded the Whitehead Institute/MIT Center for Genome Research, which was a flagship of the Human Genome Project and became part of the newly founded Broad Institute in 2003.
Lander is an elected member of the US National Academy of Sciences, the US Institute of Medicine, and the American Academy of Arts and Sciences. He is the recipient of numerous awards, including the MacArthur Foundation Fellowship, the Gairdner International Award, the Max Delbrück Medal, the AAAS Award for Public Understanding of Science and Technology, and eight honorary doctorates. He received the Albany Medical Center Prize in Medicine and Biomedical Research and the New York Academy of Medicine Medal for Distinguished Contributions in Biomedical Science. Lander has been a member of the Board of Trustees at Boston University since 2008 and in 2009, President Barack Obama appointed him to co-chair the President’s Council of Advisors on Science and Technology.
Lander earned his B.A. in mathematics from Princeton University and his Ph.D. in mathematics from Oxford University as a Rhodes Scholar.
More info: http://www.broadinstitute.org/about/bios/bio-lander.html 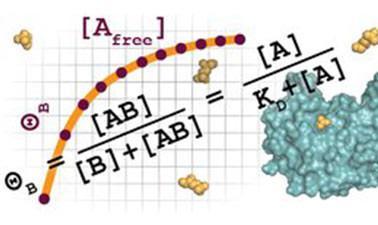 A workshop-style introduction to tools used in biological research. Discover how to analyze data using computational methods. Do you have an interest in biology and quantitative tools? Do you know computational methods but do not realize how they apply to biological problems? Do you know biology but do not [...]
Biological Data
Workshop
Biological Research
Computational Methods
Quantitative
Data Analysis
Biology
View more details
Course Auditing
EdX
MIT
MITx
Sci: Biology & Life Sciences
Intermediate
Self-Paced
4-8 hours/week
84.00 EUR
English
English