Simon Bainbridge gained a BA from Westfield College, University of London, before taking the MA in Romanticism at the University of York where he also completed his doctorate. He taught at the Universities of York, Manchester, and Keele (where he was Head of Department) before coming to Lancaster University in August 2004. He is co-director of the Wordsworth Centre and teaches on the 'British Romanticism' and 'Victorian Literature' courses as well as on his third-year course on 'The Byron-Shelley Circle'.
Professor Bainbridge's main research interest is in the relationship between the writing of the Romantic period and its historical contexts. He is the author of Napoleon and English Romanticism (Cambridge University Press, 1995) and British Poetry and the Revolutionary and Napoleonic Wars (Oxford University Press, 2003) and the editor of Romanticism: A Sourcebook. He has published his research in journals such as Romanticism, Romanticism on the Net and The Byron Journal and has written essays and entries for An Oxford Companion to The Romantic Age: British Culture 1776-1832, Romanticism: An Oxford Guide, The Blackwell Companion to European Romanticism, and The Oxford Handbook to English Literature and Theology. He is currently continuing his research into the cultural responses to the Revolutionary and Napoleonic Wars and also working on the literature and culture of mountaineering in the Romantic period.
From 2001-2003 Professor Bainbridge was the President of the British Association for Romantic Studies (BARS) having also edited the organisation's Bulletin and Review for a number of years and acted as its secretary. He organised the BARS Biennial International Conference on 'Romantic Revelations' in 1999.
Professor Bainbridge has supervised graduate students in a number of areas, including: Blake and slavery; women's travel writing and Italy in the early nineteenth century; Mary Shelley and romance; women writers and the French Revolution; the cutural history of Dove Cottage. His current doctoral students are working on the following: women writers and gardens in the Romantic period; Romantic collecting; Joanna Hutchinson. He would be delighted to supervise graduate projects on any of the following: writing of the Romantic period in relation to its historical contexts; Wordsworth; Walter Scott's poetry; the writing of the Byron-Shelley Circle and later representations of it; writing and war; women's poetry of the Romantic period (esp. Charlotte Smith and Felicia Hemans); the literature of mountaineering.
More info here. 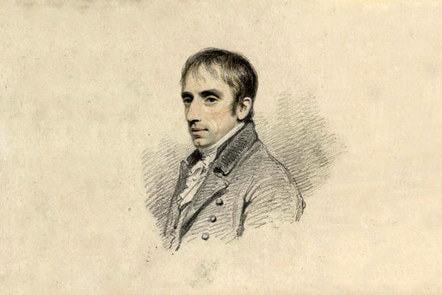