Research Her main research interests are archaeological and anthropological theory and practice and cultural heritage studies. She specialises in the archaeology, ethnography and history of the peoples of North-East Africa, particularly Somalia, Ethiopia, Eritrea, Djibouti and Kenya. She focuses on the indigenous institutions and pre-Christian and pre-Islamic belief systems, material culture, (rock) art, rituals, practices and landscapes. Sada applies multidisciplinary approach studying past and present ritual practices through archaeological methodologies and anthropological methodologies, historical texts, and historical linguistics, ethno-botany and archaeozoology. Together with her local team, Mire carried out the so far most comprehensive survey of archaeological sites in Somaliland. This research is published in the African Archaeological Review (March Issue 2015). The same Issue also contains another research paper of hers on the Wagar, a sacred object of the Somali related to the Sky-God belief. This research is extensively explored in her book to be published by Left Coast Press/UCL. Sada is also completing another book for the same publisher on Somali heritage and identity, home and abroad, past and present, which includes her research on Somali Diaspora community in the UK, Kenya, Scandinavia and the Netherlands. She is currently involved in two international collaborative research projects. Her previous research includes faunal analysis of shellmiddens on the shores of Lake Victoria, Kenya. Dissemination to the public: Mire is keen to engage her research with the public through public speaking and also works regularly with the international broad cast and print media with features in BBC News, the Sunday Times, the Guardian, National Geographic TV, and CNN. A new educational documentary film about Sada’s work in Somali heritage and culture, with biographical elements, made by journalist, professor and TV presenter Luís Nachbin is to be aired by Futura TV of Brazil in Spring of 2015. She is also the founder and director of Horn Heritage Organisation, which is working on, among other projects, digital archive of the rock art of Somaliland (Somaliland Rock Art Project), accessible to all from anywhere in the world. Teaching and supervision At the Faculty in 2015/2016, Sada will co-ordinate the MA modular course Values and Rights of Indigenous Peoples (2015/2016). She is currently co-supervising PhD student Simon Makuvaza together with Professor Maarten Jansen. Biography Mire started her archaeological studies at Lund University in Sweden in Scandinavian pre-history and archaeozoology before completing her Bachelor’s degree in History of Art/Archaeology of Africa and Asia at the School of Oriental and African Studies (London, UK, 2005). Mire has an MA in African Archaeology from the Institute of Archaeology, UCL (2006) and a PhD in Archaeology (2009). Sada is also the founder and former Director of Somaliland’s Department of Archaeology (2007-2012). She has also worked for UNDP and IOM as a technical assistant for Somaliland on cultural heritage management. Before joining the Faculty, she lectured in MA and BA levels in UK universities, including University College London and the School of Oriental and African Studies. 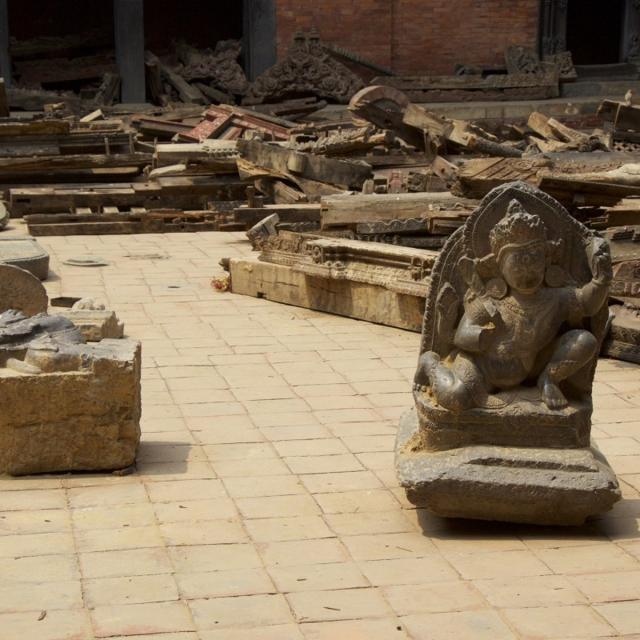 In this course you will learn to articulate your own concepts about (threatened) heritage and that of others. What is your heritage? Who defines heritage? Why is heritage under threat? How can we protect heritage? This course, sponsored by the LDE Centre for Global Heritage and Development and [...]
Heritage
Global Heritage
War
Fundamentalism
Migration
Global Warming
Financial Crisis
Inequality
Heritage Protection
Inclusive Heritage
View more details
Course Auditing
Coursera
Leiden University
Centre for Global Heritage and Development
Humanities
History
Beginner
5-12 Weeks
5-10 Hours/Week
40.00 EUR
English
English
Udacity
Additional 35% OFF
More Deals: