Rosemary holds a Ph.D. in Criminal Justice and Criminology from the University of Maryland, Unites States, a M.A. in Applied Sociology from the University of Massachusetts in Boston, United States, and a B.A. in Sociology and Spanish from Georgetown University, United States. Rosemary is a Professor of Sociology at John Jay College of Criminal Justice as well as an expert in international criminal justice, juvenile delinquency, victimization, gender and crime, and crime indicators. She has been a consultant at the World Bank, the Statistics Agency of the Colombian Government (DANE), and the Meeting of the Technical Expert Advisory Group to prepare the United Nations Crime Prevention Guidelines and the Security Analysis Academy in El Salvador, a project financed by USAID. Additionally, she has chaired the International Division of the American Society of Criminology (ASC) and actively participates in various associations. She was awarded the Herbert Bloch Prize of the American Society of Criminology and the Rafael Salillas Prize at the Spanish Society of Criminological Research. She represents the International Association of Sociology and the NGO Criminologists Without Borders at the UN. She was the editor of the academic magazine Feminist Criminology for four years and is the author of the award-winning book Women, Crime and Criminal Justice: A Global Investigation. 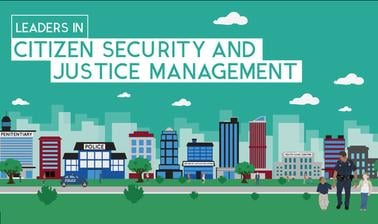