Larry Beasley is a senior urbanist leader in Canada. He is the Distinguished Practice Professor of Planning at the University of British Columbia and the founding principal of Beasley and Associates, an international planning and urban design consultancy. He sits on the Board of TransLink, his province’s integrated transportation agency.
For many years he directed the innovative, transformative planning service for the City of Vancouver. More recently, he founded the progressive Urban Planning Council in Abu Dhabi, U.A.E., and the civic Urban Design Studio in Dallas, Texas. He has also been a developer in Canada.
He now teaches, writes and advises on urbanism around the world, including initiatives, or a profile, in Toronto, Ottawa, Vancouver, Washington, D.C., Dallas, and other cities in North America, as well as in Rotterdam, Moscow, the Nordic countries, Australia, and New Zealand.
He is a Member of the Order of Canada, his nation’s highest civilian honour for lifetime achievement and has also received the Kevin Lynch Prize from MIT. 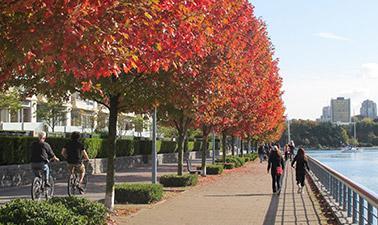