John Ragosta is a historian, lawyer, and award-winning author. He has taught law and history at the University of Virginia, George Washington University, and Oberlin, Hamilton, and Randolph Colleges. Dr. Ragosta has held fellowships at the International Center for Jefferson Studies at Monticello and is currently a fellow at the Virginia Foundation for the Humanities. He authored Religious Freedom: Jefferson’s Legacy, America’s Creed, released in 2013 by the University of Virginia Press, and Wellspring of Liberty: How Virginia’s Religious Dissenters Helped to Win the American Revolution & Secured Religious Liberty, Oxford University Press 2010. His most recent book, Patrick Henry: Proclaiming a Revolution, was released by Routledge Press in 2016. Dr. Ragosta is a frequent speaker and commentator, having appeared at, inter alia, Monticello, Poplar Forest, Colonial Williamsburg, the David Library of the American Revolution, Montpelier, and the Virginia Festival of the Book; his comments have appeared, for example, in the pages of the Washington Post and Richmond Times Dispatch. Before returning to academia, Dr. Ragosta was an international trade and litigation partner at Dewey Ballantine LLP and was deeply involved in litigation before the World Trade Organization, NAFTA, and U.S. courts and agencies, and he frequently represented clients before Congress and administrative agencies. Holding both a PhD (early American history) and a JD from the University of Virginia, Ragosta also received an MA from George Washington University (early American/U.S. legal) and a BS (Physics-Chemistry, Philosophy) from Grove City College. Ragosta is also a beekeeper. 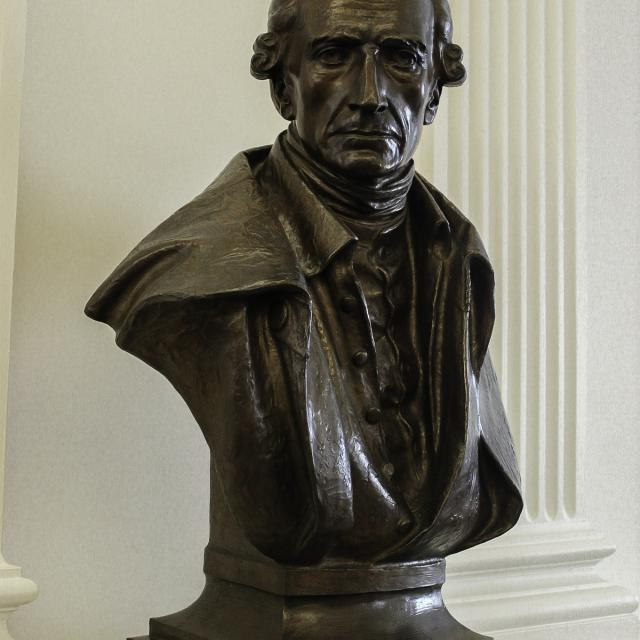