Alan R. Dennis is Professor of Information Systems and holds the John T. Chambers Chair of Internet Systems in the Kelley School of Business at Indiana University. He was named a Fellow of the Association for Information Systems in 2012. Professor Dennis has written more than 150 research papers, and has won numerous awards for his research and teaching.
He has taught data communications and infrastructure for three decades. His data communication textbook (Business Data Communications and Networking), published by John Wiley & Sons, has been of the leading textbooks in the market since 1995, and has been translated into half a dozen languages. He has worked with Cisco Systems’ Networking Academy and helped develop teaching materials for use by Networking Academy instructors in more than 150 countries. His research has been reported in the popular press over 500 times, including the Wall Street Journal, USA Today, The Atlantic, CBS, Canada’s CBC and CTV, UK’s Daily Mail and the Telegraph, Australia’s ABC, France’s Le Figaro, South Africa’s Sowetan Live, Chile’s El Mercurio, China Daily, India’s Hindustan Times, and Indonesia’s Tribune News. 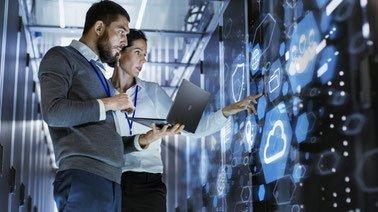