Professor Torii received his Ph.D. in physics from Kyoto University, Japan in 1978. He then pursued a distinguished career taking research posts at the University of Tokyo and University of Utah before becoming a Professor at Kanagawa University. In 2005 he entered the Research Institute for Science and Engineering, and the Department of Physics at Waseda University.
Professor Torii’s main field of research is "high-energy astrophysics". From the very beginning of his academic research, he has been devoted to cosmic-ray observations studying the acceleration of these high-energy particles to help solve some of the mysteries of the universe.
In 2009, he became the principle investigator for the Calorimetric Electron Telescope (CALET) attached to the International Space Station (ISS). CALET is a joint project between Waseda University and the Japan Aerospace Exploration Agency (JAXA), in collaboration with NASA and the Italian Space Agency (ASI) to search for Dark Matter signatures and sources of cosmic rays. 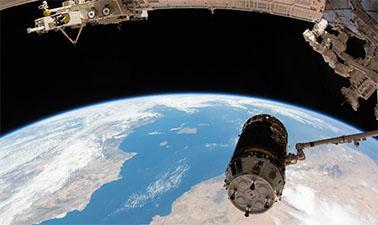 Join us on a unique exploration of one of the universe’s deepest mysteries: cosmic rays. In the Universe, high-energy cosmic rays are violently propagating in space. While we know these cosmic rays come from outside of the solar system, exactly how and where they originate is a mystery. Professor [...]
Universe
Dark Matter
Physics
Cosmic Rays
View more details
Course Auditing
EdX
Waseda University
WasedaX
Science
Sci: Physics
Intermediate
Self-Paced
5-10 Hours/Week
43.00 EUR
English
English