Dr. Mark D. Zoback is the Benjamin M. Page Professor of Geophysics at Stanford University. Dr. Zoback conducts research on in situ stress, fault mechanics, and reservoir geomechanics with an emphasis on shale gas, tight gas and tight oil production. He was one of the principal investigators of the SAFOD project in which a scientific research well was successfully drilled through the San Andreas Fault at seismogenic depth. He is the author of a textbook entitled Reservoir Geomechanics published in 2007 by Cambridge University Press. He is the author/co-author of over 300 technical papers and holds five patents. He was the co-founder of GeoMechanics International in 1996, where he was Chairman of the Board until 2008. Dr. Zoback currently serves as a Senior Executive Adviser to Baker Hughes. Dr. Zoback has received a number of awards and honors, including the 2006 Emil Wiechert Medal of the German Geophysical Society and the 2008 Walter H. Bucher Medal of the American Geophysical Union. In 2011, he was elected to the U.S. National Academy of Engineering and in 2012 elected to Honorary Membership in the Society of Exploration Geophysicists. He is the 2013 recipient of the Louis Néel Medal, European Geosciences Union and named an Einstein Chair Professor of the Chinese Academy of Sciences. He recently served on the National Academy of Engineering committee investigating the Deepwater Horizon accident and the Secretary of Energy’s committee on shale gas development and environmental protection. He currently serves on a Canadian Council of Academies panel investigating the same topic. Dr. Zoback is currently serving on the National Academy of Sciences Advisory Board on drilling in the Gulf of Mexico.
More info: https://pangea.stanford.edu/people/type/mark-zoback 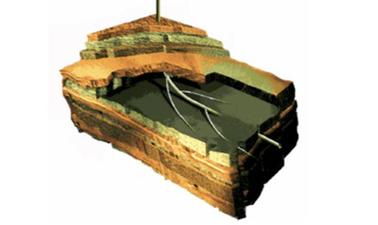