Lieven Vandersypen is a Professor at Qutech, Delft University of Technology. He leads a group that focuses on single-spin qubits in semiconductor quantum dots, for applications in quantum computing and quantum simulation.

He received his PhD in Electrical Engineering from Stanford University in 2001, carrying out most of the research at the IBM Almaden Research Center in San Jose, CA. As a PhD student, he used the spins of atomic nuclei in a molecule as quantum bits and implemented various quantum algorithms for the first time, demonstrating, most famously, Shor’s quantum algorithm.

He then moved to TU Delft, the Netherlands, first as a postdoc and since 2006 as Antoni van Leeuwenhoek professor. Breakthrough results in his research were the ability to trap, initialize, manipulate and read out the spin of single and coupled electrons, and the ability to run quantum algorithms in a silicon quantum processor. His group closely collaborates with Intel Corporation for the fabrication of scalable and high-quality quantum dot arrays. 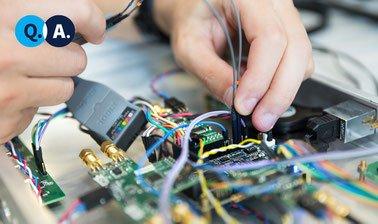 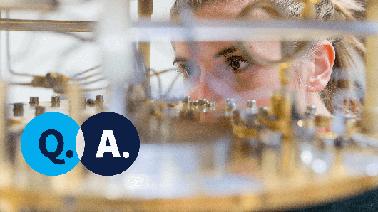 Discover quantum computers and the quantum internet. Learn the principles and promises behind these developments and how they will impact our future. There is no doubt that quantum computers and the quantum internet will have a great impact on our world. But we don’t yet know quite how. As [...]
Quantum Computing
Quantum Internet
Quantum
Physics
View more details
Course Auditing
EdX
Delft University of Technology
DelftX
Sci: Physics
Science
Beginner
Self-Paced
2-3 hours/week
42.00 EUR
English
English