I am from Wilmette, IL, outside of Chicago. I attended New Trier HS where I played basketball and threw the discus. I also participated in the Shedd Aquarium HS Marine Biology Program in Bimini, Bahamas. I attended Dartmouth College as an undergrad where I earned a degree in Biology. I received high honors for my thesis on the evolution of circadian rhythm genes in Arabidopsis thaliana plants under Rob McClung. I minored in Psychology and became fluent in Spanish. I was an avid hiker with the Dartmouth Outing Club and was a writer and editor for The Dartmouth Independent. I studied abroad in Mexico, Costa Rica, and Jamaica and volunteered at the Regenstein Center for African Apes at the Lincoln Park Zoo, Chicago, during my summers.
After graduating I spent a year in Mexico comparing seed dispersal between two species of howler monkey. I worked under A. Estrada of the Universidad Nacional Autonoma de Mexico and was funded by the Fulbright Garcia-Robles and National Geographic Young Explorers programs.
I earned my Ph.D. in Ecology, Evolution, and Conservation Biology under P.A. Garber at the University of Illinois, Urbana-Champaign. My dissertation work investigated host-microbe interactions in wild howler monkeys and was funded by the University of Illinois, National Geographic, and the National Science Foundation Graduate Research Fellowship.
I am currently a Postdoctoral Research Associate at the University of Colorado Boulder under Steve Leigh and Rob Knight. I am investigating the gut microbiota of a variety of primate taxa with the ability to eat large quantities of leaves in order to determine how the gut microbiota may have facilitated the evolutionary transition to consuming hard-to-digest resources.
More info: http://www.kramato.com/ 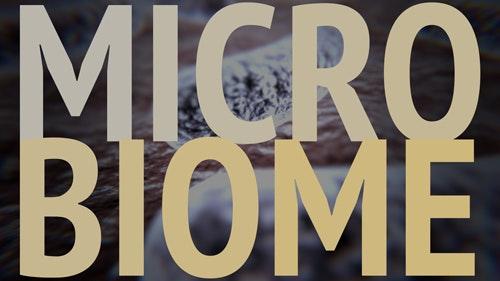 Imagine if there were an organ in your body that weighed as much as your brain, that affected your health, your weight, and even your behavior. Wouldn’t you want to know more about it? There is such an organ — the collection of microbes in and on your body, your human microbiome.
Microbiome
Microbes
Biology
Gut Microbiota
Microbial Life
Health
Basic Science
Coursera Plus
View more details
Course Auditing
Coursera
University of Colorado Boulder
Sci: Biology & Life Sciences
Health & Society
Mixed
5-12 Weeks
1-4 Hours/Week
41.00 EUR
English
Catalan
English
French
Portuguese
Russian
Spanish