Born in Budapest, Hungary, Professor Nagy was educated at Indiana University and Harvard University, where he studied Classical Philology and Linguistics, receiving his Ph.D. in 1966. He has held positions at Johns Hopkins University and since 1975 in Harvard University, where he was named in 1984 the Francis Jones Professor of Classical Greek Literature and Professor of Comparative Literature. He is also currently the Curator of the Milman Parry Collection of Oral Literature and, since August of 2000, the Director of Harvard University's Center for Hellenic Studies. Professor Nagy has served as Chair of the Harvard University Classics Department and as President of the American Philological Association.
Professor Nagy is a renowned authority in the field of Homeric and related Greek studies. His numerous honors include a Guggenheim Fellowship and the Goodwin Award of Merit of the American Philological Association for his book, The Best of the Achaeans (1979). In addition to this path-breaking work, he has published Greek Dialects and the Transformation of an Indo-European Process (1970), Comparative Studies in Greek and Indic Meter (1974), Pindar’s Homer: The Lyric Possession of an Epic Past (1990), Greek Mythology and Poetics (1990), Poetry as Performance: Homer and Beyond (1996), Homeric Questions (1996) Plato's Rhapsody and Homer's Music (2002), Homeric Responses (2004), and Homer's Text and Language (2004); he has as well edited or co-edited various volumes and written almost a hundred articles and reviews. Professor Nagy has lectured widely in North America and Europe on a great range of topics, especially concentrated in Homeric and Archaic Greek questions. He is a strong proponent of the use of technology in teaching, and in the teaching and use of student writing in the core curriculum.
More info: http://chs.harvard.edu/wa/pageR?tn=ArticleWrapper&bdc=12&mn=1234 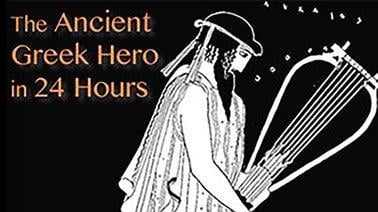