David B. Oppenheimer is a Clinical Professor of Law at the University of California, Berkeley School of Law. In addition to teaching and writing about comparative equality and anti-discrimination law, Professor Oppenheimer serves as the Director of the Berkeley Center on Comparative Equality and Anti-Discrimination Law, and as Faculty Co-Director of the Berkeley Law Pro Bono Program. He was previously the founding Director of the Berkeley Law Employment Discrimination Clinic.
Professor Oppenheimer is a graduate of Harvard Law School, and was a law clerk to Rose Elizabeth Bird, the Chief Justice of California. He publishes books and articles on comparative anti-discrimination law, US anti-discrimination law, affirmative action, racism, and civil rights history. He has served as a visiting professor at several European law schools, including the University of Paris I (Sorbonne-Pantheon), Sciences Po Paris, LUMSA Rome, and the University of Bologna. 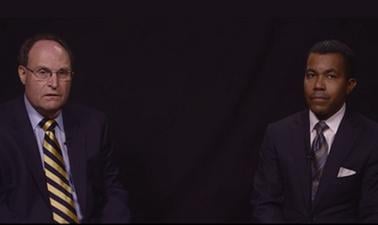