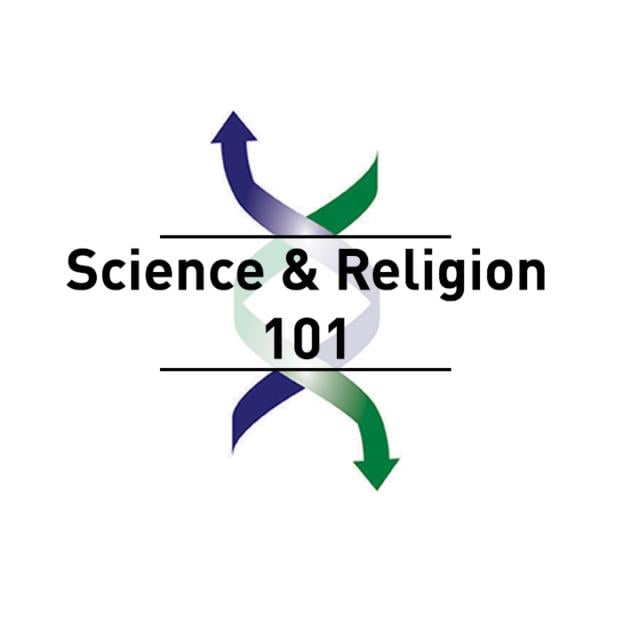 Topics include: Science and Religion Categories and Foundational Principles, Definitions of Science and Religion, Science-Religion Models and Relationships, Intelligent Design and Natural Revelation, the Galileo Affair, Geology and Noah’s Flood, Evolution and Darwin’s Religious Beliefs, the Modern “Evolution” vs. “Creation” Debate, the Problem of Evil, and Interpretations of the Biblical Accounts of Origins in Genesis 1-11.

The course employs a Constructive Teaching Style in order that students can develop their personal views on the relationship between science and religion and on each of the topics listed above.

During the first week of the course we will introduce the new and exciting Science-Religion Dialogue and point out that simple dichotomies and conflations lead to the commonly perceived warfare relationship between Science and Religion. As an initial move away from the conflict approach, this section examines the longstanding notion of a peaceful relationship known as the “Two Divine Books.” The Book of God’s Words is Scripture; the Book of God’s Works is nature. The definition of numerous categories (or terms) will begin the process for you to think critically about the issues and to defend your provisional position on the relationship between Science and Religion. We also introduce the first of the two foundational principles in this course. It is a philosophical principle termed “The Metaphysics-Physics Principle.”

In this final section on Categories and Principles, we will consider foundational and religious epistemological (theory of knowledge) categories. In particular, does a belief in God, or a lack of belief in God, impact the step of faith or intellect jump in the Metaphysics-Physics Principle? This week also introduces the second foundational principle of this course termed “The Message-Incident Principle.” This is a hermeneutical principle for interpreting religious texts dealing with statements about the natural world. In order to develop a peaceful relationship between Science and Religion, it is critical to understand that religious texts like the Bible feature an ancient understanding of nature (i.e., an ancient science). During this week we also outline the basic positions on the origin of the universe and life—Young Earth Creation, Progressive Creation, Evolutionary Creation, Deistic Evolution, and Dysteleological Evolution.

This is a course on the relationship between Science and Religion, and in order to develop a relationship between them we first need to define them. Five different definitions of religion from various academic schools are presented, including those from religious studies, psychology, and philosophy. Notably, the academic definition of religion is wide and quite inclusive. In light of this information, we then outline the academic understanding of the Doctrine of Creation. During this week, we begin to examine specific Hermeneutical Principles. The Principle of Accommodation is the most important interpretive principle in Science and Religion allowing individuals to move away from scientific concordism and the notion that religious texts like the Bible offer scientific facts.

In continuing with our exploration of the terms Science and Religion, this week we introduce five different definitions of science using historical examples—prehistoric science, Egyptian and Mesopotamian science, Greek science, modern science, and post-modern science. Notably, we will note that science has powerfully impacted religion throughout history. Like that of religion, the academic definition of science is wide. In particular, it has been intimately/inevitably connected to metaphysical beliefs. This section also outlines Critical Realism. This is philosophy of science embraced by a majority of Science and Religion scholars.

Models on the Relationships between Science & Religion

This is one of the most important weeks in the course. We outline the Science and Religion models of two of the founding members of this new academic discipline. Their models each include four different relationships between Science and Religion. John Haught’s model incorporates the relationships of Conflict, Contrast, Contact, and Confirmation. Ian Barbour has Conflict, Independence, Dialogue, and Integration relationships in his model. During this week, we will consider the hermeneutical principle of Historical Criticism. This is the notion that ancient Near Eastern motifs of origins—De Novo Creation, Lost Idyllic Age, Great Flood, and Tribal Formation—have been re-cycled and re-interpreted in the biblical accounts of origins (Genesis 1-11).

The topic of intelligent design continues to be intensely debated today. Building off the Metaphysics-Physics Principle, we will differentiate between the Argument from Design to Nature and the Argument from Nature to Design. The three classic biblical passages dealing with Intelligent Design are explored—Psalm 19, Romans 1, and Wisdom of Solomon 13. In order to offer balance in this section, we will also examine the views of the famed atheist Richard Dawkins. He believes that intelligent design is merely an illusion experienced by the vast majority of people that have ever lived.

This is the first of three weeks examining historical events related to Science and Religion in order to draw lessons for today. Beginning with the famed astronomer Galileo, we will discover that he was a devout Christian and that he fully embraced the Two Divine Books (Book of God’s Word & Book of God’s Works) relationship of Science and Religion. His “Letter to the Grand Duchess Christina” (1615) is a rich source of insights on how to interpret Scripture and how to relate science and Christianity. We will then apply lessons from the Galileo Affair to the debate over biological evolution in ordered to assist people struggling with this science today. This week also begins an extensive series of Hermeneutical Principles demonstrating that the Bible has an ancient understanding of the structure of the world known as the “3-tier universe.”

Over the 20 years that I have taught this course, I have found that religious students struggle the most with the topic of Noah’s flood in the Bible (Genesis 6-9). The first half of this section is a brief history of geology, beginning with the worldwide flood as the central paradigm and ending with its complete elimination from science. This is another example of science powerfully impacting religion. In the second half, the three basic views of the biblical flood are presented—Global Flood, Local Flood, and Re-Cycled & Re-Interpreted Flood Motif Theory. In particular, the challenging topic of whether or not Noah was a real person in history is explored. We also consider the notion that the biblical flood (Genesis 6-9) is composed of two original sources (Jahwist and Priestly sources).

This week we deal with the fascinating topic of the religious beliefs of Charles Darwin. To be sure, the theory of biological evolution has significant implications for religion. Evidence is drawn from Darwin’s notebooks, diaries, letters, and books, including his most famous book outlining the theory of evolution, On the Origin of Species (1859). To the surprise of most people, the belief in Intelligent Design was a concept that consumed Darwin throughout his life. In addition, we will also discover that only a few years before his death, he firmly stated, “It seems to me absurd to doubt that a man [or woman] may be an ardent theist & an evolutionist.” In other words, Charles Darwin thought it was perfectly logical to be both a religious person and also one who accepts biological evolution. Finally, this section considers the well-known proclamation of Richard Dawkins that “Darwin made it possible to be an intellectually fulfilled atheist.”

Building upon the hermeneutical principles presented throughout this course, this section examines the biblical accounts of origins in Genesis 1-11. In particular, it explores the notion that the opening chapters of the Bible are structured on four major origins motifs—De Novo Creation, Lost Idyllic Age, Great Flood, and Tribal Formation. More specifically, these ancient Near Eastern motifs were re-cycled and re-interpreted with the inspired spiritual truths of the ancient Hebrews. Numerous ancient features in Genesis 1-11 are identified—ancient cosmogony and historiography, ancient poetry and stylistic techniques, and ancient editing of two original sources (Jahwist and Priestly sources).

Every course on Science & Religion deals with the fascinating topic of the modern origins debate. The 5 most important views of the origin of the universe and life are presented in detail— Young Earth Creation, Progressive Creation, Evolutionary Creation, Deistic Evolution, and Dysteleological Evolution. The importance of scientific and historical concordism for each position is explained. We also explore the challenging topic of whether or not Adam was a real person in history by presenting the 4 best-known positions on human origins—De Novo Creation of Adam, Evolutionary Monogenism, Punctiliar Polygenism, and Gradual Polygenism. These different approaches to Adam are viewed in the light of the Apostle Paul’s letters in Romans 5 and 1 Corinthians 15 and St. Augustine’s Doctrine of Original Sin.

The Problem of Evil

The final section of the course deals with the problem of evil. If God is all-loving, all-knowing, and all-powerful, then why are there horrid natural realities like cancers and earthquakes, as well as moral evils like rape, murder, and genocides? Four basic approaches to theodicy (justifications for evil in the world) are presented—Augustinian, Irenaean, Hick’s Irenaean-Evolutionary, and Process Theology. In particular, we examine Greater Good and Pedagogical Arguments in theodicies. In light of the two foundation principles of this course, we conclude that it is possible for Science and Religion to be a peaceful and fruitful relationship. The Metaphysics-Physics Principle cautions us not to conflate our metaphysical beliefs with science. In particular, the belief that biological evolution is necessarily atheistic is a misguided conflation. It is perfectly logical, through a step of faith, to believe evolution has been ordained and sustained by a Creator. The Message-Incident Principle underlines that the Bible is not a book of science offering facts of nature ahead of their discovery by scientists. It is quite reasonable for religious people to embrace a non-concordist hermeneutic and to believe that God accommodated to the intellectual level of the ancient biblical writers by employing their ancient science to deliver inerrant spiritual truths.