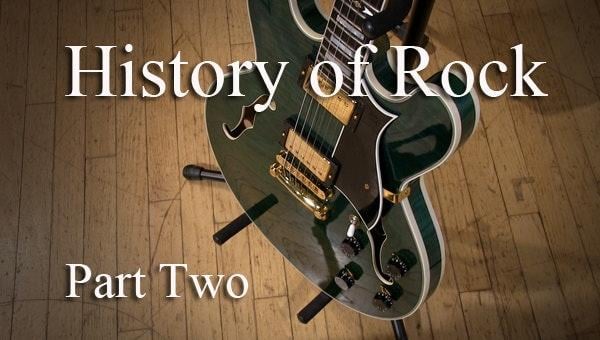 This course, part 2 of a 2-course sequence, examines the history of rock, primarily as it unfolded in the United States, from the early 1970s to the early 1990s. This course covers the music of Led Zeppelin, the Allman Brothers, Carole King, Bob Marley, the Sex Pistols, Donna Summer, Michael Jackson, Madonna, Prince, Metallica, Run-DMC, and Nirvana, and many more artists, with an emphasis both on cultural context and on the music itself. We will also explore how developments in the music business and in technology helped shape the ways in which styles developed.

Emerging out of the experimental and ambitious years of late-60s psychedelia, rock splintered into a variety of styles in the 1970s as the music business continued to expand. By the end of the decade, punk and disco had challenged the excesses of the hippie aesthetic, as rock became more commercially streamlined and radio friendly. The emergence and rise of MTV transformed pop music and propelled the careers of Michael jackson and Madonna, while heavy metal and hip hop dominated the late 1980s. Nirvana leads alt-rock's return to simplicity in the early 1990s.

Moving along a parallel but mostly separate path, black pop develops with the help of James Brown and Sly and the Family Stone. Motown continues, the rise of funk and Blaxploitation films. Bob Marley and reggae. The emergence of disco the reaction of rock fans. [Read Chapter 9 and work through listening guides for that chapter, viewing dedicated video.]

Rock style from the early 70s are streamlined and labeled corporate rock, as the music business expands even further. The mega-album. Punk reacts with a return to simplicity. New wave develops the punk attitude. [Read Chapter 10 and work through listening guides and dedicated video.]

Developing out of underground scenes of the late 1970s, heavy metal and hip hop become important mainstream styles in the late 1980s, aided by exposure on MTV. The rock reaction against rap. [Read Chapter 12 and work through listening guides and dedicated video.]

The growth of "classic rock" and the development of the history-of-rock awareness. A survey of artists as they relate to earlier trends in the history of rock, including teen idols, hip-hop, 60s-influenced rock, female singer-songwriters, dance music, indie rock, and heavy metal. [Read Chapters 13 and 14 and work through listening guides and dedicated video.]