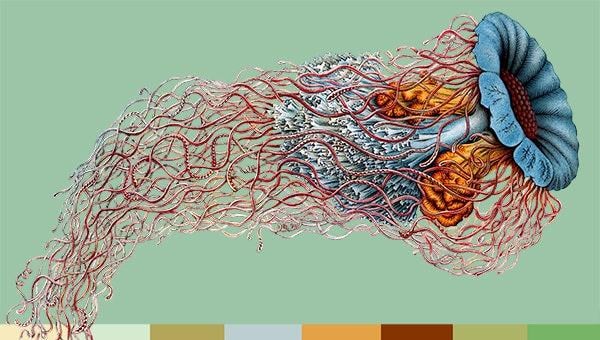 How did life emerge on Earth? How have life and Earth co-evolved through geological time? Is life elsewhere in the universe? Take a look through the 4-billion-year history of life on Earth through the lens of the modern Tree of Life. This course will evaluate the entire history of life on Earth within the context of our cutting-edge understanding of the Tree of Life. This includes the pioneering work of Professor Carl Woese on the University of Illinois Urbana-Champaign campus which revolutionized our understanding with a new "Tree of Life."

- Reconnaissance of ancient primordial life before the first cell evolved

- The influence of Earth system processes (meteor impacts, volcanoes, ice sheets) on shaping and structuring the Tree of Life

This synthesis emphasizes the universality of the emergence of life as a prelude for the search for extraterrestrial life.

In this module, you will become familiar with the course, your instructor, your classmates, and our learning environment.

Geological Time and the Nature of Science

The week begins with a discussion of the historical and philosophical approaches that have been developed for the completion of scientific research, with the work of Professor Carl Woese evaluated as an example. The basic tools required for this type of scientific reasoning and the ability to overcome the challenging concepts of scale and complexity are then presented. Finally, we'll explore the dynamic formation of the Earth itself with respect to the environmental conditions present on the earliest and most ancient version of planet Earth.

The Tree of Life and Early Earth Environments

The advent of life on Earth came about as a result of a remarkable confluence of physical, chemical, and biological processes, all of which were intrinsically linked to rapidly changing early Earth environments. Within this context, cutting-edge approaches in molecular phylogeny by Professor Carl Woese revealed new understandings of the emergence of life and the possible distribution of life within the cosmos. All this and more will be explored in this week's lessons!

This week, you'll explore how scientists interpret ancient fossilized life, which yields remarkably detailed and complete reconstructions of the lifestyles of ancient organisms that have been deceased for hundreds, thousands, millions, and even billions of years. These reconstructions provide valuable information regarding the evolutionary success of organism morphology and lifestyle.

Paleozoic Life After the Advent of Skeletons

This week, you'll learn more about the Cambrian Explosion, which led to the development of external hard skeleton components at 542 million years before present. The initial successes of the invertebrates were shortly followed by the appearance of vertebrates with internal skeletons. Life then utilized these newfound evolutionary capabilities, beginning distinct cycles of radiation, diversification, and extinction, which define the three great Eukarya faunas of the Phanerozoic.

Paleozoic Plants, Reptiles, and the Transition to Land

In the early Paleozoic, plants evolved to leave the water and invade the terrestrial landscape. Following this transition, vertebrates emerged into land-based ecosystems, and Carbon Dioxide concentrations increased in the atmosphere. The greenhouse warming of the Earth propelled the success of both prevascular and vascular plants, as well as the related terrestrial radiation of the three lineages of the reptiles. This week, you'll also learn about the Permian-Triassic mass extinction and later environmental changes that opened the door to the rise of the diapsids.

Mesozoic Reign of the Dinosaurs and the Development of Flight

This week, you'll learn more about the Permian-Triassic extinction event, which caused more than 80% of life to go extinct. This opened vast swaths of ecological opportunity for radiation and diversification of life during the Mesozoic. You'll learn about symbiosis, which was widely utilized during this period, as well as the fascinating lineage of diapsid reptiles that rose to replace the synapsid predators of the late Paleozoic. We'll also discuss the rise of the dinosaurs, as well as the catastrophic meteor impact that drove the dinosaurs to extinction.

With the demise of the dinosaurs, mammals rapidly radiated and diversified during the Cenozoic. The combination of abundant food sources and significant fluctuations in global climate fostered extreme variations in morphology, body size, and interaction with the environment. You'll learn why mammals had a distinct advantage over previous groups, and you'll also have the opportunity to explore multiple theories on primate and hominoid evolution in the context of global conditions during this period.

Astrobiology and the Search for Life in the Cosmos

No matter where you are or what you believe, sometime in your life you will look up into the sky and ask: What is out there? Where are we going? Is there life elsewhere in the universe?

Accounting professionals are open up for more tasks and duties that require their professional skills and knowledge nowadays, and yet not exerting their expertise just the way it used to be. Without bogging you down with the mechanics of accounting, this course provides an overview of the multi-faceted role [...]
Accounting
Corporate Social Responsibility
Corporate Governance
Corporate Bond
Business
Coursera Plus
View more details
Course Auditing
Coursera
The Hong Kong University of Science and Technology - HKUST
Business
Beginner
5 Weeks
8 hours total
40.00 EUR
English
English
French
Portuguese
Russian
Spanish